Jojo as THE BACHELORETTE Sneak-Peek Photos 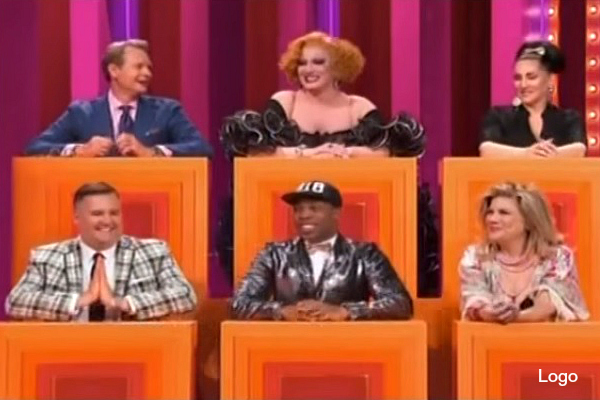 The show has a panel of star guests who help the contestants guess the correct answers who may not actually know the answers. Once the contestant picks the celeb, they can go with their answer or choose a different one from the multiple choice board.

One question that is not multiple choice is the video questions. This is a question asked by a celebrity via a pre-recorded video It’s introduced with “Oh girl!” audio.

Regular star players on the panel include Carson Kressley, Michelle Visage, Todrick Hall (from YouTube fame), Ross Matthews, Heather McDonald, and Raja (from RuPaul’s Drag Race). The panel is separated into “Tops” (they sit at the top level) and “Bottoms” (they sit on the bottom level). “Gay For Play” also mesmerizes audiences as well as all within 20 feet of them with flashy sexy male dancers who carry the show in and out of commercial breaks.

The final round of “Gay For Play” is much like “Deal or No Deal”. This is the only round where the male dancers get to participate in the game. They stand next to glittery boxes which hold different amounts of money as well as a type of “Zonk” (Let’s Make a Deal) where a box could hold a rubber chicken. The contestant playing wouldn’t want to get this – “don’t choke the chicken” is what it’s called.

The contestant who won round three plays this round and the goal is to hopefully win $5,000. If it’s celebrity contestant, they play or someone at home. We watched a couple of the tapings, and can’t say if someone won the $5,000. Viewers will have to keep watching. 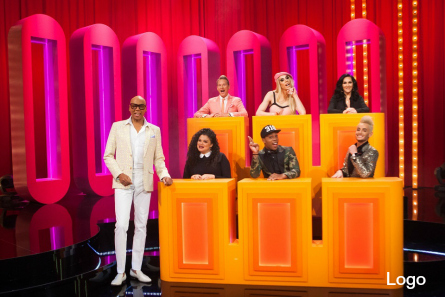 One show featured a “227” reunion with Marla Gibbs and Jackee. Ironically, Star Kym Whitley (“Young and Hungry”) was included in the panel on this particular show who is a ringer for Jackee. In the third round, contestants pick one star each from the panel to answer as many trivia correctly as possible. Marla’s trivia was “The Jefferson’s”. Jackie’s trivia was “227”. Surprisingly, she has forgotten a bit of those memories from the show.