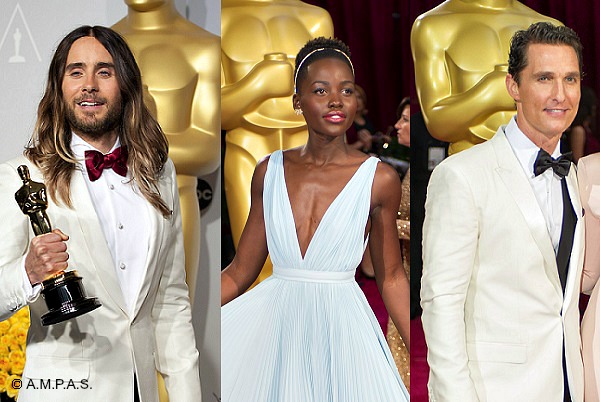 Host of the 86th Academy Awards Ellen DeGeneres made part of her opening of the show reminding Best Supporting Actress nominee Jennifer Lawrence (“American Hustle”) her falling down on the stairs last year while accepting her Oscar. Then Ellen said she was going to show the footage. But, not really! Then told everyone about her stumble on the red carpet this year after getting out of her car.

Ellen’s last stint on hosting the Oscars brought her in front of a lot of the same actors and film makers that were nominated back then – Leonardo DiCaprio, Martin Scorsese, Sandra Bullock, Julia Roberts. 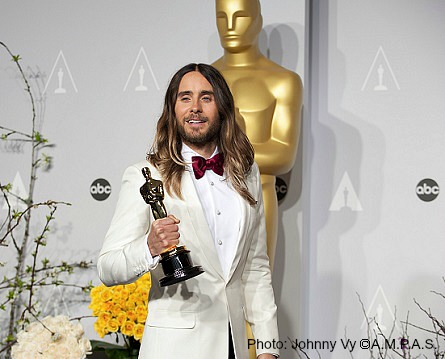 The award show’s first Oscar of the night went to actor Jared Leto who won for Best Supporting Actor for the movie “Dallas Buyer’s Club” who made a poignant and moving speech which began with the story about his mother. 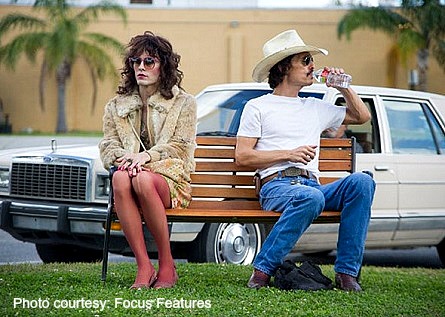 Leto dedicated his first Oscar award to his mother who was a young girl, unmarried and pregnant with him. He told her “thank you for teaching me to dream.” He also thanked his older brother he said “for being my best friend.” Leto also made a special mention to the young people living in the Ukraine, and Venezula – “We are here and as you struggle to make your dreams happen, to live the impossible, we’re thinking of you tonight.” He then made a powerful dedication to the 36 million victims of the AIDS disease

Best Hair & Makeup – Dallas Buyers Club
The Oscar for Best Hair and Makeup went to movie “Dallas Buyers Club” starring Matthew McConaughey and Jared Leto who endured much of the visual physical changes. The makeup team said “Thank you sou much for letting us torture you with a bazillion makeup changes.” She also honored the film’s heavy subject matter which is AIDS. “We are so blessed to bring AIDS to the fore-front to the young generations that don’t understand AIDS ’85.”

Best Foreign Language Film – The Great Beauty
“The Great Beauty” is a movie from Italy. The filmmaker thanked Martin Scorsese, and his family. Italy has won eleven awards including “Life is Beautiful” and twenty-three nominations.

Ellen went into the A-List star packed house to grab a selfie of her and Meryl Streep. Then decided to include about seven others in her attempt, she said to get the most “re-tweets” on Twitter social website. 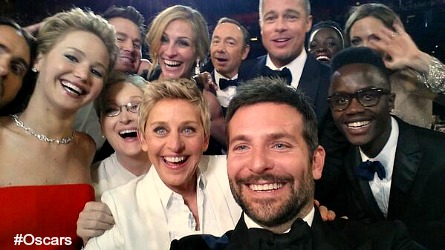 Ellen attempts to get the most photo re-tweets. 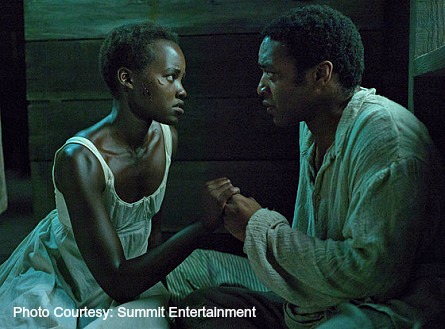 The Oscar award went to Lupita Nyong’o for the movie “12 Years A Slave”. As happy and excited as this award made Lupita, she acknowledged the reality of the situation in honoring the subject that is her real-life character in the film about the harsh realities of slavery. She said, “So much joy in my life is due to so much pain in someone else’s.” To the director Steve McQueen, Lupita told him, “Steve McQueen you charge everyone in a fashion of a breath of you own experience. This is the joy of my life! I’m certain that the dead are standing and are watching and thank you!” She went on to include in her acceptance speech, the Yale School of Drama for their training and her brother. She said every time she looks down at her Oscar, “May it remind me in every little child no matter where you’re from, your dreams are valid. Thank you.” 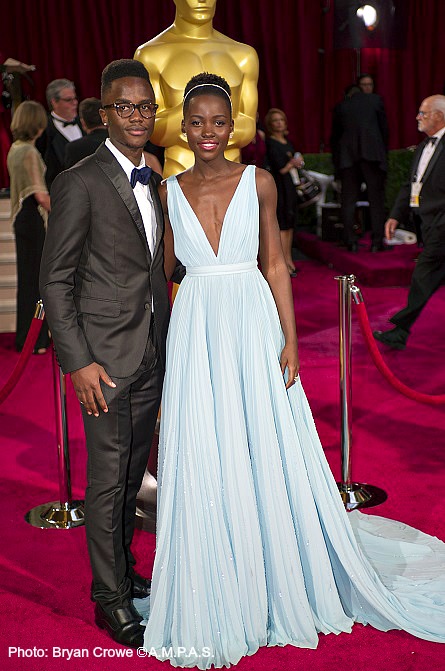 Singer Pink sings “Somewhere Over the Rainbow” with Liza Minnelli in the audience. Liza’s mother Judy Garland starred in the film “The Wizard of Oz” in which the song is from.

Ellen came out dressed as the “Good Witch” from “The Wizard of Oz” after Pink’s number was over.

Best Motion Picture Director – Alfonso Cuaron
Alfonso Cuaron won the Oscar for “Gravity”. He said, “Making a film can be a transformative experience. It’s good, but took so long, not be a waste of time. What really sucks is that for a lot of people were for wisdom. For me just the color of my hair (which is grey). Cuaron then acknowledged lead actress in the film, Sandra Bullock – “Sandra, Sandy -You are the soul heart of the film, and best creator.” 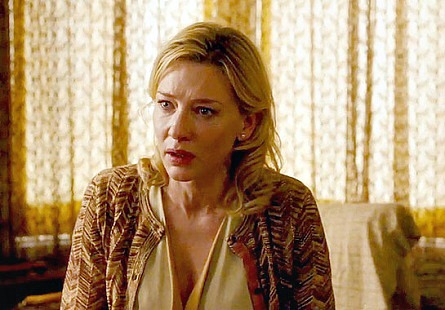 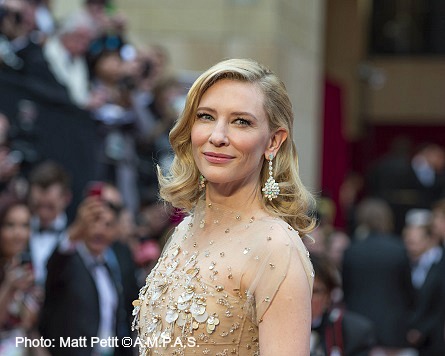 The winner of the Oscar went to Cate Blanchett who said in her acceptance speech, “As random as this award is it means a great deal.” She then complimented each of her actress competitors Cate told Amy Adams that her performance in “American Hustle “blew my mind.” She said the reason Judy Dench (star of Philomina) wasn’t there was because at age 79, her film was so successful that she is in India doing a sequel. She thanked director Woody Allen and that “audiences want to see them (these films) and in fact, they earn money! The world is round!” She also credited the Sydney Theater Company who she worked with for the last six years in Australia for being responsible for her growing as an actor. She said working with them made her a better actress. 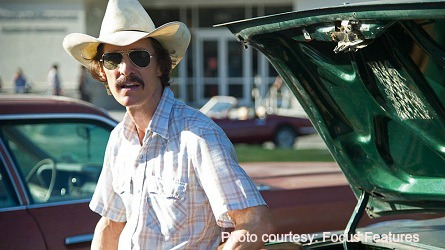 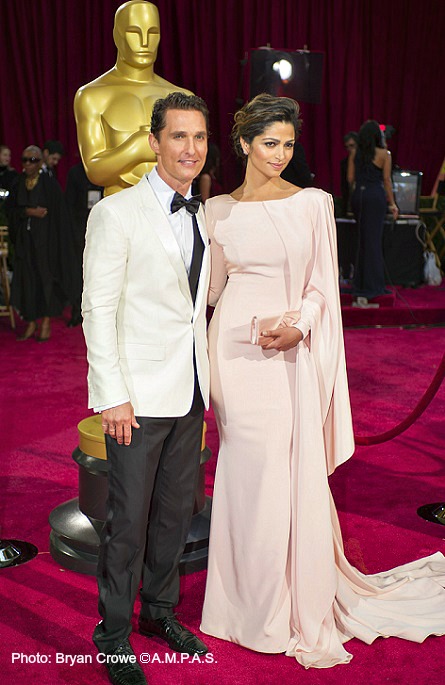 McConaughey accepted his Oscar with, “First off I’d like to thank God. He has graced me with opportunities that are not of my own…When you’ve got God, you’ve got a friend. That friend is you. To my father who I know is up there (looking to heaven) right now with gumbo and a Miller Light. To my Mother who is here tonight who taught me and my two other brothers to respect ourselves and we respect others.” He then thanked his wife and kids stating that they are the four people in his life whom he wants to make proud. “To my hero, that is who I chase. It’s me in ten years. So I turned 35, that same person came to me and said if I was my own hero.” He said “No. I’m never going to beat my hero, I’m never going to be that guy in ten years. It keeps me with something to chase. I say all right, all right… all right!”

Will Smith presented the award for Best Picture which went to “12 Years A Slave”. One of the stars in the movie, Brad Pitt introduced director Steve McQueen by saying, “The one man that brought us together to tell that story is Steve McQueen.” McQueen thanked the Academy, cast and crew. McQueen rattled off a pre-written list of other people to thank, being careful not to forget anyone. “I like to thank this amazing story. Sue Akin who gave her life in preserving Solomon’s book….everyone deserves not a chance to survive but a chance to live.” He dedicated it to the people that endured slavery, and “the people that endure slavery today,” he said, then turned around and hopped on the stage in joy.