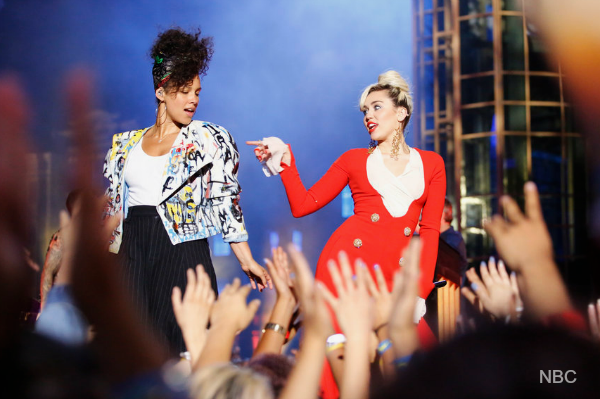 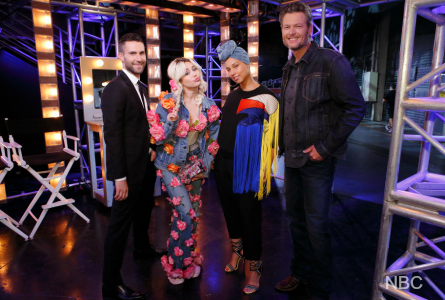 In Blake’s words as he rounded-out his new competition that Alicia Keys is the most celebrated artist out of all of them with her 15 Grammys, and Miley has the youth on her side with her young fans. Another threat to Blake is that Miley also has a Country background. 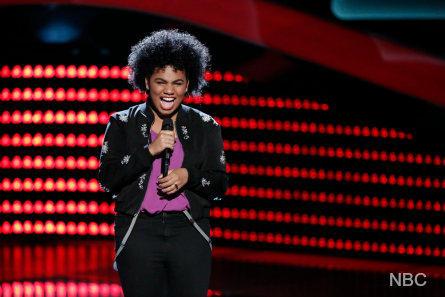 We’ sang “Feeling Good” and got a four-chair turn.

We’ sang beautifully with a deep and sultry voice. But, the biggest surprise of the night was when she spoke, her voice sounded like “Minnie Mouse” as Miley stated. Miley told her “you’re a total star!. Alicia said “I can not believe this voice. You’re so perfectly yourself….that’s what we need in music.”

Blake jumped in and said his job “is to find an artist and win this thing.” He also wooed her with prospects of performing at The Staples Center. Adam’s best fight to get We’ was that he’d throw a party if she picked him as a coach.

We’ revealed that she’s been overcoming being bullied in school. Miley immediately related to her and gave the example of also being bullied via the internet during her first tour.

Alicia stated to We’ that she came onto the show to meet her, and added that she’s dealt with that too in her past, and emphasized that she understands her. Adam observed “Alicia just dropped the mic” after that speech. We’ in fact picked Alicia for her coach.

After We’ chose Alicia, Alicia went up on the stage to hug her, and told her “I get you for real. I heard you right now.” We’ said she picked Alicia because she said “everything felt real when she was talking to me.” 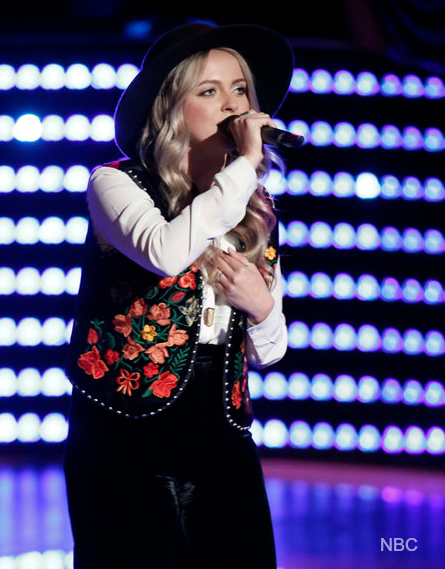 Darby sang classic “Stand by Me” (the Florence and the Machine version).

All the coaches except for Adam turned their chairs for Darby. Miley really wanted her on her team so badly. She pointed-out that their voices are very similar. Then Miley proved it when she asked Darby if she knows the song “Jolene” (by Dolly Parton). She said she did, then Miley went onto the stage and sang the song with Darby.

When Blake asked her what kind of artist is she. Darby responded that she’s an Indie Alternative artist.

Then, Alicia got up onto the stage and further blew Darby’s mind by also singing with her. They sang “No One” song – an Alicia Keys song!

Darby picked Miley Cyrus as her coach because she said, “our voices do have a lot of the same things, and I feel she’ll help me.” 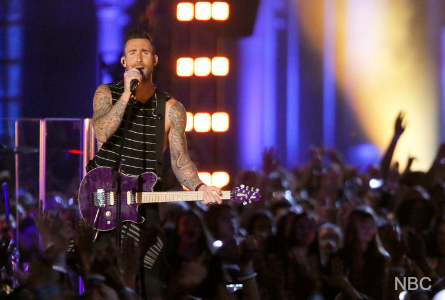 Then the coaches sang “Dream On” by Areosmith outside on the Universal lot. Of courses Adam Levine got all of the high notes, including the highest and most famous one of all at the end by Steven Tyler.

In four weeks the real show begins when the new season starts on Monday, September 19th. 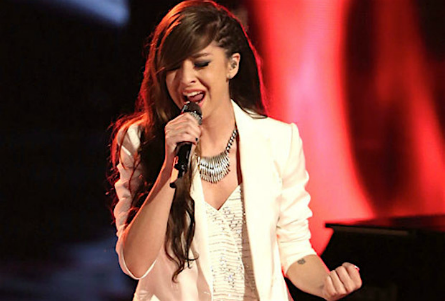 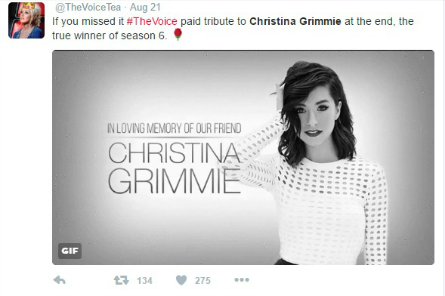 There was a tribute to Christina Grimmie at the end.