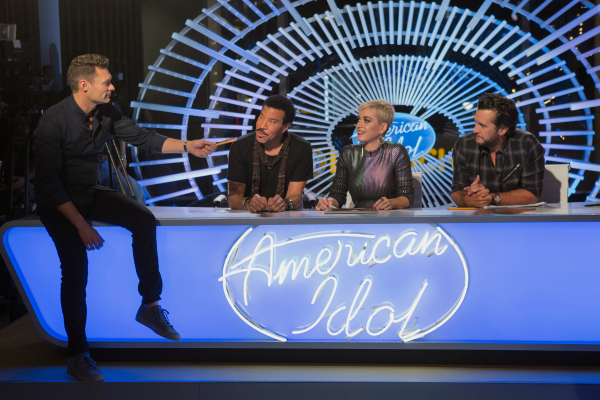 FOX cancelled it. A year later, ABC bought it. The singing reality show that launched dozens of well-known singers being listened to via the radio and selling-out concerts, “American Idol” is back for another go.

Though it feels weird to say, “American Idol season one” it’s true for the new network that’s now home to it. Fans have so many questions – will it be the same? What are the judges like? What changes were made to our beloved ‘American Idol’ show?” This brief reveiw will attempt to answer all.

A nice catch-phrase, the premiere episode states that auditioneers are “following the American Dream on AMERICAN IDOL.” Judge Katy Perry is shown stating during a press interview that it’s hard to believe that “there’s still actual talent to be discovered.”

When we last left off, the judging panel was made-up of Jennifer Lopez, Keith Urban, and Harry Connick Jr. who proved to be a well-balanced fell-good panel. The new network seemed to stay loyal to that makeup with Katy Perry, Luke Bryan and Lionel Richie. This is a great combination that not only represents the Pop, Country, and R&B population very well. But, also serves singers in those genres equally as well. Fans will also appreciate a nice familarity with the series in having a constant staple in host Ryan Seacrest who had his own premonition when he stated it was the end of the show “for now” as his parting words at the series finale on FOX.

As an “American Idol” follower since season one, when it was announced that ABC had bought it from FOX, my biggest concerns were: how will the show change? Will it still be the show fans know and love? So far, I’m happy to report YES! The chemistry works well with judges Lionel Richie, Katy Perry, and Luke Bryan given that there is no one to take the crude, rude, and playful British Simon Cowell’s place for the series original start on FOX. It’s a bitter-sweet “no” that there are no Simon Cowells in this judge’s panel.

Coming off multiple seasons of devoted “The Voice” watching, it’s still nice to hear the raw acoustics of singing talent during their auditions. No bells and whistles, just the pure vocals of hopefuls (who most happen to be on the younger side). Can audiences expect what ‘Idol was well-known for – outlandish auditioneers who clearly never had a chance of being a volcalist star? Well…maybe not as many as previous seasons. However, viewers will have to continue to watch all nights of the audition episodes.

In the opening titles, “American Idol” premiere sets the tone by flashing a quote from famous blind singing artist Stevie Wonder on screen – “Music is a world within itself, with a language we all understand.” – Stevie Wonder.

The producing style is very similar to “America’s Got Talent” (AGT) when showing the back-stories and interviews of the talent trying-out for “American Idol.” And, like “AGT” viewers get a nice montage of varying talent in all shapes, sizes, ages, and walks of life.

As part of the inspirational opening of the premiere episode, it’s narrated by a very successful “American Idol” herself, Carrie Underwood. “The fabric of America, and they are stars in the making. I should know. It happened to me.” – Carrie Underwood.

A.I. judge Luke Bryan calls the three of them “like peas in a pod.” Lionel stated that he thinks Katy Perry will bring a lot of fun to the panel.

Luke takes a jab at “The Voice” when he says “it’s not about what me Lionel and Katy are doing. It’s about watching a star be born right in front of your eyes.”

The first portion of the auditions in the first episode starts in New York, New York. Catie Turner, an ‘Idol obssessed fan, is the first contestant up to dive into the pool of auditions. The show sets it up as if she may be not only an eccentric contestant. But, also possibly a talentless contestant. Catie changes any mispreconceptions after singing an original song in her audition. 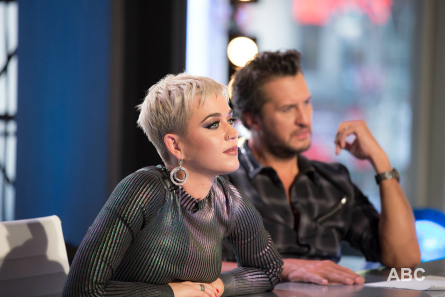 When Katy Perry isn’t sure what to say or how to react to a contestant she defaults to one of the other judges who take over – usually with the exact same anticipated reaction Katy already had.

The show is very family-oriented, which it’s always been. This season seems to have deeper back-stories and more heavily focused on the family stories of each contestant. One of the most poignent stories comes from Ron Bultongez who immigrated from the Congo in Central Africa who was rejected by his father. The outcome of his audition, though found to be very inspiring, will pull at the heartstrings of Americans everywhere.

A musical theater actress/singer from Colorado, tried-out who seemed well-adjusted to her share of rejections. Recently in “The Producers”, Koby, also auditioned with an original number. This is when “A.I.” viewers will be introduced to Lionel’s very expressive face which we all miss when Randy Jackson was on the A.I. juding panels years ago! 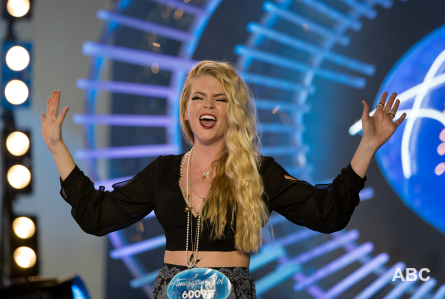 Next up, “American Idol” scoured Nashville, Tennessee for talent. Where a child singer took-on “American Idol” as her chance to rebound from a notorious performance when she was elevan years old (Hint: Google “worst national anthem ever” she’ll be above Fergie).

The sweetest story and audition came from a young girl from Kentucky who brought her little sister to audition with her. Just watch what happens. If these girls don’t tug at your heart strings, then you need to check your pulse.

Judges general advice to most contestants were to hone their craft, and to know who they are. Basically, get their own identities as artists.

In the Hollywood auditions, which took place at the famed Dolby Theater, viewers will meet a 22-year-old Punk rocker whose audition is juxtaposed with a self-proclaimed “male Beyonce” who’s currently a farmer and will introduce the 40-plus age population to the term “wig.” He also dreams of buying an Alpaca one day. 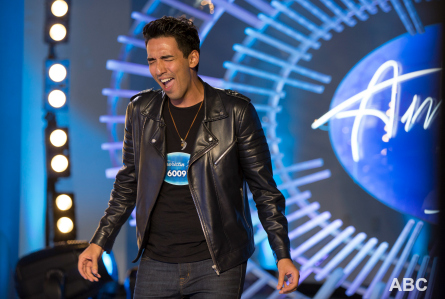 In the premiere episode, Katy Perry has already predicted one contestant from Orlando, Florida, to be in the “American Idol” Top 10! That’s huge! Viewers will also see a teenaged contestant who’s been singing for less than one year, and the winner from the “The X Factor” 2015 Russia trys his luck at crossing-over to “American Idol.” 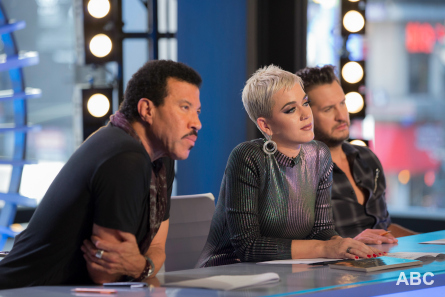 But, the most important corner-stone of the making of an American Idol is not only talent, it’s also a sprakling personality that shines above all, and “wig” y’all.