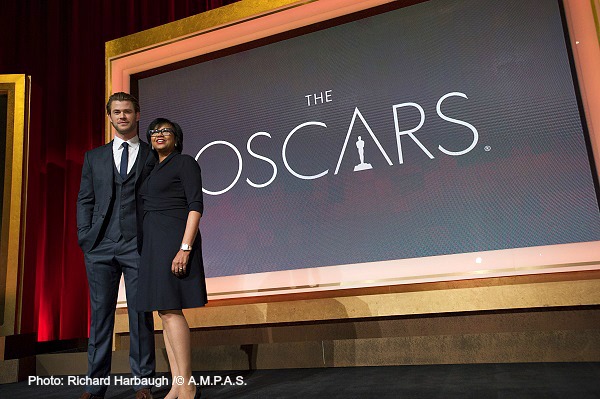 In the early morning of Thursday, January 16, 2013, Thor (Chris Hemsworth) himself along with the new Academy President, Cheryl Boone Isaacs, made the announcements of which films, actors, and movie-makers would be recognized for the highest movie honor with the hopes of possibly having the fortune of taking one of those golden statuettes home with them on Oscar night – March 2, 2014.

The best news has been that The Academy has pushed back the date of the Oscars ceremony to March which was the awards show’s traditional month from years long ago, in contrast to more recent years when the awards occurred in February. Every year, The Academy nominations bring some unexpected twists, along with the expected ones. This year was no different. Some movies that should have been nominated were not, and some that were expected to be nominated were. 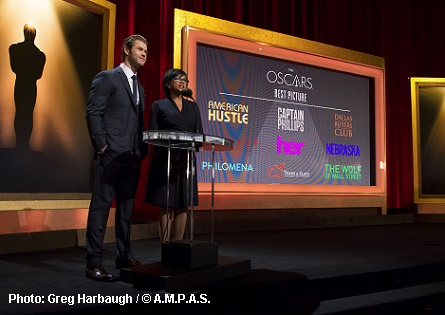 In the category for Best Picture, the nominees are: American Hustle, Nebraska, Captain Phillips, Philomena, Dallas Buyers Club, 12 Years a Slave, Gravity, The Wolf of Wall Street,and Her. 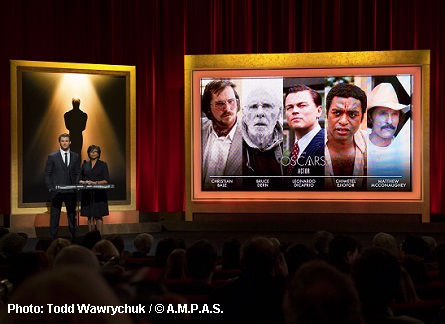 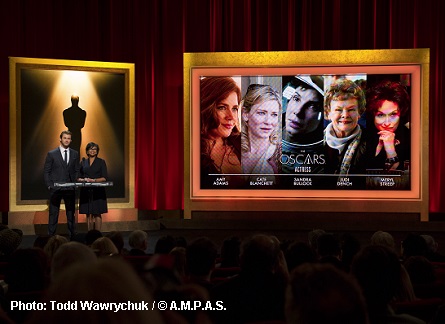 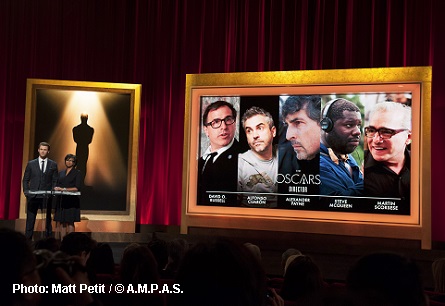 For the full list of nominations, go to: http://oscar.go.com/nominees

Academy members from each of the branches vote to determine the nominees in their respective categories – actors nominate actors, film editors nominate film editors, etc. In the Animated Feature Film and Foreign Language Film categories, nominees are selected by a vote of multi-branch screening committees. All voting members are eligible to select the Best Picture nominees.

Official screenings of all motion pictures with one or more nominations will begin for members on Saturday, January 25, at the Academy’s Samuel Goldwyn Theater. Screenings also will be held at the Academy’s Linwood Dunn Theater in Hollywood and in London, New York and the San Francisco Bay Area. Active members of the Academy are eligible to vote for the winners in all categories.

Academy Awards for outstanding film achievements of 2013 will be presented on Oscar® Sunday, March 2, 2014, at the Dolby Theatre® at Hollywood & Highland Center® and televised live on the ABC Television Network. The Oscars, produced by Craig Zadan and Neil Meron, also will be televised live in more than 225 countries and territories worldwide.