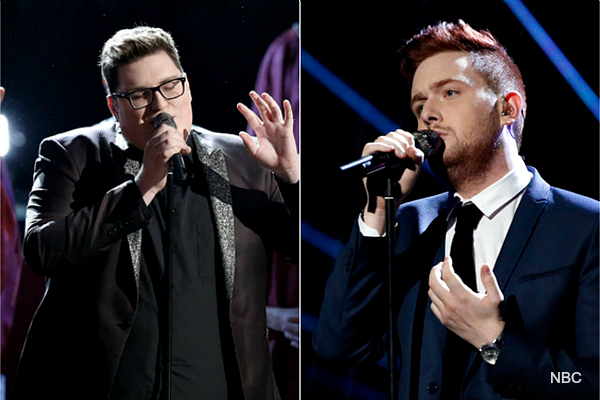 NBC’s singing competition show “The Voice” had a big results elimination night which sent home five of the nine remaining artists to leave only four. These four artists will be moving-on to next week’s season final. On Monday night’s show, the Top 9 singers performed and featured special guest Ellie Goulding.

The Results show featured Country legend Dolly Parton and welcomed back ‘Voice season 3 winner from Team Blake – Cassadee Pope. The final seconds of the show revealed which singer of the bottom three (instead of bottom two as in past weeks) who were Madi Davis (Team Pharrell), Jeffery Austin (Team Gwen), and Zach Seabaugh (Team Blake) would go on to the finale. 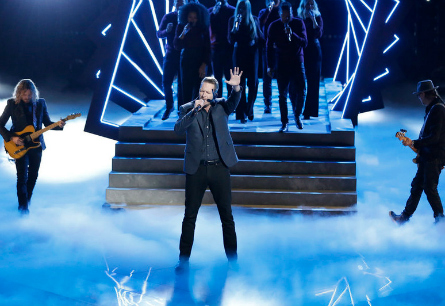 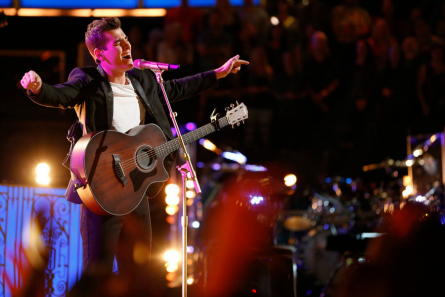 Zach Seabaugh – Blake said Zach singing the song “The Climb” will push him further. Gwen said if she was in high school, she’d have Zach’s photos taped everywhere in her school locker, and thinks he’s going to the finals. Adam said every artist is so poised and special this season. Blake called it Zach’s best performance of the season. 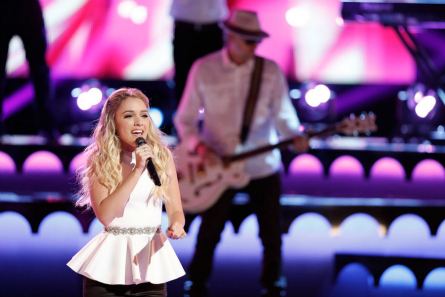 Emily Ann Roberts did her best Dolly Parton impersonation by singing her “9 to 5” country song. Gwen complimented Emily Ann that her vocal was “crazy” and perfect. But wanted to see more of her “cooky side.” Blake said if he owned a record company,he’d be calling around “because you are going to make someone SO MUCH MONEY” he told her. 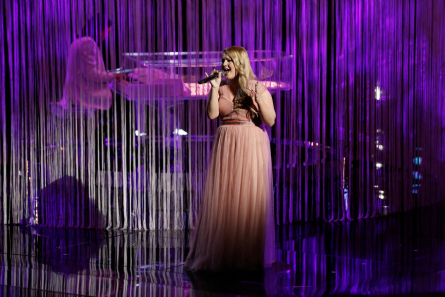 Shelby Brown – Adam told Shelby that she drives him crazy and Shelby replied “the same to you.” Adam said especially after what Shelby Brown did tonight deserves to be in the finals.

Amy Vachal said she received a tweet on Twitter from Lance Bass after she sang hid former boy band NSYNC’s “Bye, Bye,Bye” last week. This week, Amy sang “To Make You Feel My Love” by Garth Brooks. Pharrell said her voice is what puffy clouds are made up and “we need crazy people to hear your voice to see come clarity.” He said her voice incites that. Coach Adam said the room “completely froze” and stopped and all the energy was focused on her. He said she’s “refreshingly raw.” 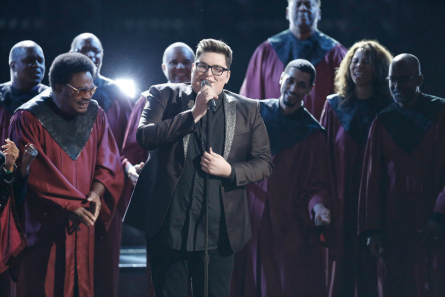 Jordan Smith closed-out the show with Queen song “Somebody to Love” Jordan said he’s admired lead singer of Queen Freddie Mercury ever since he was a kid. Adam suggested that they bring “a real gospel choir” to be part of his performance. Adam advised Jordan to go “totally bonkers” on the last note. Which he did in the Top 9 live performance! The crowd went crazy. Coach Adam, who had only ten seconds left, said he doesn’t need to say anything at all, because that was one of the best things! 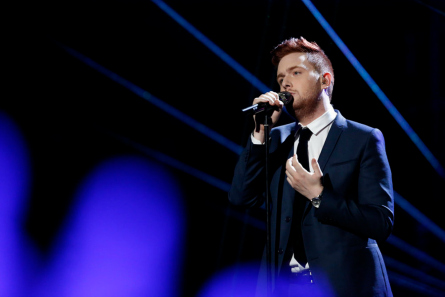 Jeffery Austin – Blake told Jeffery that he just proved that he deserves to be in the final and won’t be surprised if his version is the most downloaded on the iTunes. Gwen commented that obviously he’s going to the finals!

Braiden Sunshine was saved by America’s Twitter Instant Vote last week where he faced off against Korin Bukowski who went home. This week during his rehearsal interview, Braiden was crying and said he doesn’t want to go home. Gwen gave Braiden props for being 15-years-old and as dedicated as he is to get as far in the competition as he had. Braiden sang “Amazing Grace”. Adam said Braiden’s journey has been the most interesting, and he proved to everyone that he can do everything. Pharrell said he was thinking how Braiden has given kids so much hope, and shining the light and inspiring them. 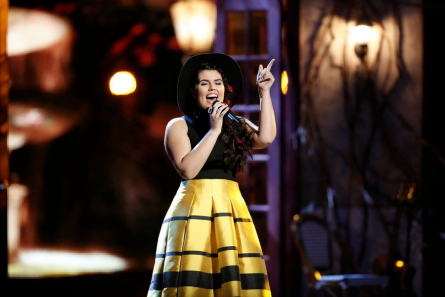 Madi Davis sang one of her all-time favorite songs, “Big Girls Don’t Cry”. After her performance, Carson Daly pointed out that Madi’s Dad in the audience was crying. Adam said he really wanted to be hanging out at the place Madi was singing about and thought about how Madi’s vocal was so “different” and “unexpected.” Blake said he thought that he was watching a Disney movie and called it “too perfect to be live.” Coach Pharrell, who was still standing, said she sang it like she’s prepared for Broadway and Madi is like an actress. Talking about Madi’s Dad, Pharrell said big boys do cry!

The second night of “The Voice” Live Semi-Finals revealed which four artists would remain for the final week of the competition where America’s favorite singer will be crowned.

It was a special Country guests night with Dolly Parton who performed, and Season 3 winner of “The Voice” Cassadee Pope from Team Blake also performed.

The remaining minutes of the show revealed the bottom three artists as Jeffery Austin (Team Gwen), Madi Davis (Team Pharrell), and Zach Seabaugh (Team Blake) who all had to sing Save Songs. Only one contestant was up for the winning of America’s “Instant Save Twitter” votes.

After the commercial break, the voting polls showed that Jeffery Austin had 44% of the votes, Madi Davis was holding on with 24% of votes, and Zach was trailing with 32%.

Jeffery told Gwen that she has opened-up his eyes and opened-up himself. Blake promised Zach that he will be part of him and his friendship no matter what the outcome is.

Pharrel told Madi that it’s amazing that she’s the youngest person on stage who is writing and arranging her own songs. He said – a girl from Kentucky, “it’s amazing!”

Gwen told Jeffery Austin that he’s showing off a gift that God gave him, and “no matter what, you are making a record after this.”

The Instant Saved artist by America was Jeffery Austin from Team Gwen!