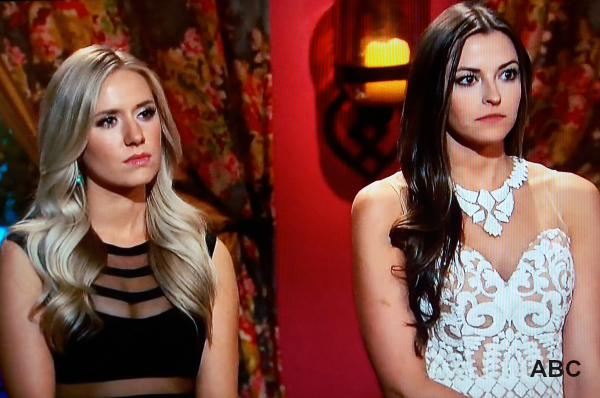 “The Bachelor” Arie Luyendyk got an andrenaline rush, this time not from racing cars, but from meeting the four remaining women’s families. Those women were Tia, Kendall, Lauren, and Becca. Unfortunately at the end of tonight’s episode one young woman in love was sent home. 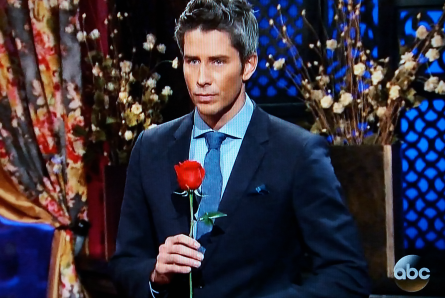 Pictured: Arie at the Rose Ceremoy

KENDALL’S HOMETOWN DATE:
Kendall welcomed Arie to her hometown by taking him to a barn full of taxadermied animals. Arie was a bit freaked out and stated it’s not his thing. But, that wasn’t all. Kendall treated Arie to some fresh rat skins to stuff! He was a trooper made it through the experience. After they were done, Kendall and Arie played bride and groom with their stuffed rats.

Later that day, Arie met Kendall’s family which included her twin sister. A striking double of Kendall, only with bone straight hair and fuller lips. She had some hard advice for Kenall and some honest truth for Arie. She told Arie that Kendall is ready to fall in love. However, afraid she’d jump-in “without having a base.” Then, Kendall’s sister told Kendall that she doesn’t feel that Arie is that “undeniable love,” and there’s concern that Kendall didn’t respond back when Arie told her that he’s falling for her. Kendall admitted to her sister that at this exact time, she’s not ready to be engaged. But, maybe she will be later.

When Arie dug for info from Kendall’s dad, he told Arie that Kendall isn’t the kind of girl to go for Arie if he got on one knee. She needs some time for that.

TIA’S HOMETOWN DATE:
Tia’s hometown date with Arie was next. After meeting her parents and exchanging some idle chatter, Tia’s brother Jason talked to Arie in private about his concern that Arie is a player since he earned the nickname “the kissing bandit” and asked Arie to prove that he’s not. There wasn’t much to worry about, because Jason came around to liking Arie after spending some time with him.

While that was happening outside, Tia was inside telling her father about how in love with Arie she is. Her dad also thought Arie was a playboy and asked him about it. When Arie asked about having the okay from him to date and perhaps propose to Tia, dad’s response was Tia really digs him and he’ll have to trust Tia and go with her. He ultimately thinks Arie will be a good husband.

BECCA’S HOMETOWN DATE:
Becca and Arie went apple picking. It was a sweet gesture which Becca wanted to share some of her childhood memories picking apples in the same orchard with Arie. Beccas dad passed away when she was young. She stated that her dad would have liked Arie because he’s a “stand-up guy.”

At Becca’s family’s home, Arie met the man who stepped-in for Becca’s father after he passed away from a brain tumor. He didn’t waste any time and asked Arie point blank if Arie is just wasting time or “is Becca the read deal to you?” Arie answered with 100% confidence “yes!” When Becca asked her mom, Jill, if she’d be ready to give her blessing to Arie to wed her, mom answered “no!” She said she needs to know what’s going on is “totally real.”

Then Arie tried it with Jill by asking her the same question. He answer was that she trusts Becca, and will honor whatever Becca wants. 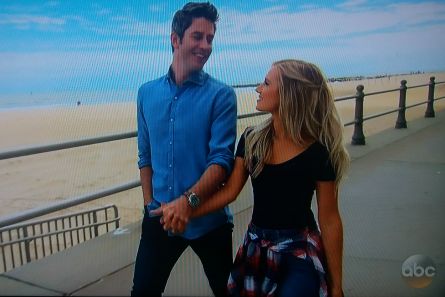 Pictured: Arie with Lauren on her hometown date.

Meeting Lauren’s parents was the most extreme nerve-racking of all of Arie’s hometown dates. He said his nerves were approaching that of his most nervous Indy race. Arie said from the moment him and Lauren walked into her parent’s home, it felt “awkward.” Arie noticed that her parents were seated far from them, and the tension even thickened at dinner time. That’s when Arie had to excuse himself from the table. 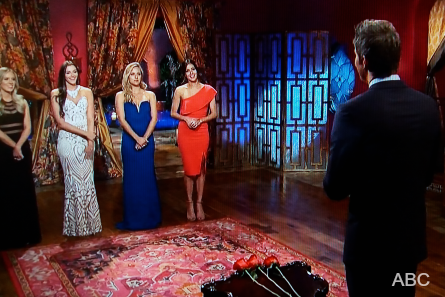