A Time For Redos at The OSCARS 90 Recap 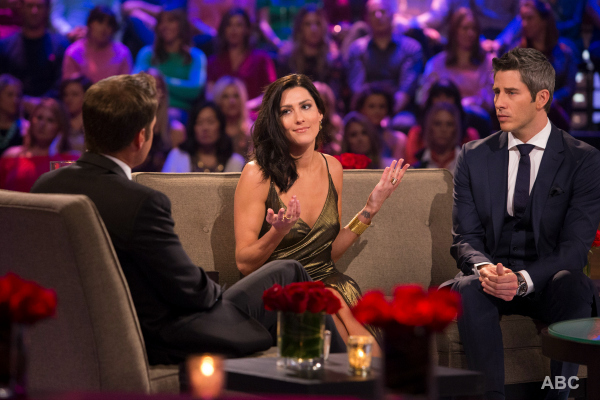 Continuing from last night’s “The Bachelor” season 22 finale, host Chris Harrison was rejoined by the major players in this season’s Bachelor Arie of his very public breaking off of his engagement with Becca. In this finale episode, technically called “After the Final Rose,” Becca expressed her feelings and thoughts during this process and got some closesure from Arie. While Harrison went through the timeline of events to get down to the bottom of this whole sordid turn of events.

The show went back to the airing of more footage from their break-up. In this, Arie told Becca “the more I hung out with you, the more I could see reconciling with Lauren.”

In the studio, Becca reacted that he didn’t even give them a chance. “How did I not see this at all?” Arie seeked-out advice from the only other guy who went through the similar thing – Jason Masnick. “People are going to be angry at you… They’re going to say things that aren’t really nice. Don’t do this unless you are 100% certain,” advised Mesnick. Arie reflected that if he could go back in time, he’d choose Lauren. And, now, “I really want to marry Lauren” Arie said.

Back in Becca’s hometown of Minneapolis she stated that she feels like she’s been lied to for so long by Arie, and she did love him. Arie went to Lauren to see if there was a way to get back together with her. Lauren responded that it was really hard for her to re-adjust and it helped her to have family around. “The hardest break-up I’ve ever had” said Lauren.

Arie told Lauren “I know that my heart is with you.” He said he made the wrong decision. And Lauren told Arie that she had hoped that he would come-back, but didn’t think he would. “I forgive you” she told him. 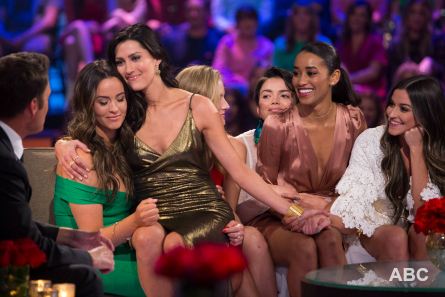 In the LIVE SHOW portion of the nigt, some women from Arie’s season who were Sienne, Kendall, Bekah, Caroline, and Tia joined Chris Harrison in the studio to give their opinions on the Lauren/Arie/Becca debacle. Caroline’s inital reaction to when she saw Lauren take Arie back was “I don’t know what to say.” Bekah’s jaw was on the ground observed Harrison. Bekah stated that Arie “is an incredibly manipulative person.” The other women agreed. Caroline said he had zero empathy for Becca. If he can so easily disregard his relationship with Becca, he shouldn’t have gotten down on one knee, said Bekah.

Carloine’s thoughts on the unedited footage of Arie and Becca’s breakup that aired the first night of the season finale was “it’s something that we didn’t need to see.” Sienne said she didn’t think that the airing of the break-up was too much. The two were engaged for about a month and a half when Arie broke if off.

BECCA – Becca returned to the show for the second night to disscuss the hell that Arie put her through by breaking her heart in such a public matter. She said it’s hard to watch it back. But, watching it, she said, helped her to get closure. Right after the engagement…READ FULL RECAP ARTICLE HERE! Plus, SEE Who the new BACHELORETTE IS! 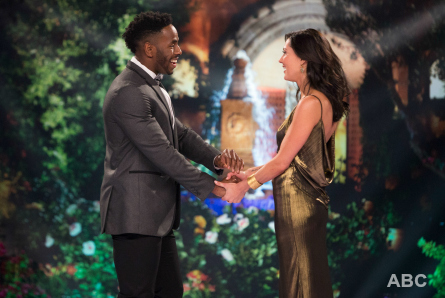