Best to Strip Her Down – DANCING WITH THE STARS Season 16 Winner!

Two Coaches May Be Out Next Week- THE VOICE Season 4 Top 8 Recap!

Best to Strip Her Down – DANCING WITH THE STARS Season 16 Winner! 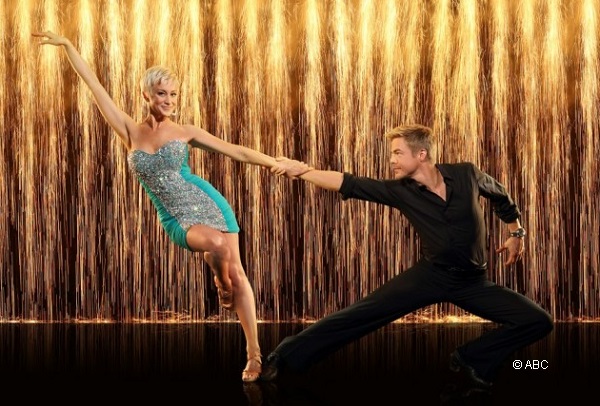 Last night Country Singer, and former American Idol contestant, Kellie Pickler was crowned the new queen of Dancing With The Stars. Kellie was teamed up with dancer, Derek Hough. The twosome made an excellent team, and seemed to get along quite well. Kellie Pickler stated, “I was so happy to be on Dancing with the stars, Derek taught me how to dance!” In one of the backstage videos Derek informed Kelly that the Super Size Freestyle dance was quite vital to winning the competition. “The super size free style is the last dance the public will see before they vote.” 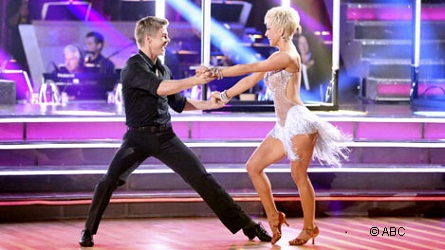 Hough found himself torn between two different ideas. His first idea involved a swing that would be placed in the middle of the dance floor. His second idea involved a silk hammock. Both of these ideas would have been heavily featured in the beginning of the dance routine. Hough then had a change of plans, “After going back and forth with so many different ideas for the super size freestyle I decided that the best thing to do, especially for Kellie is to strip her down, and just make it real.”

The final dance began with Pickler, and Hough in the middle of the dance floor in front of a gorgeous white light; they looked like angels. The audience went crazy in the middle of the routine when Hough quickly spun Pickler around. The dance was intense, and quite emotional. There were probably audience members that experienced goose bumps. The judges were quite impressed by the beautiful dance routine. Carrie Ann said, “Kellie you just bared your soul on the dance floor and it was one of the most beautiful things I have ever seen.” Len Goodman stated, “Good dancing engages the brain great dancing engages the heart, you drew everyone into that performance.”

The couple did a wonderful job, and Pickler is quite the performer. America first fell in love with the petite blonde on the FOX hit singing competition show “American Idol”. She was spunky, talented, and had great stage presence. Since her stint on “American Idol”, Pickler has gone on to achieve success with her Country music albums, and can now add “Dancing With The Stars” champion to her resume. She gushed about her winning to her fans on Twitter saying “I’ll never forget this night!! Love y’all so much! Thanks so much for voting”

Numerous celebrities tweeted at her congratulating her for her win. Some of them include Drew Lachey, and Ellen DeGeneres.

– Written and reported by: Alyssa Davis