One Judge Down on AMERICA’S GOT TALENT Season 17 Sneak-Peek! 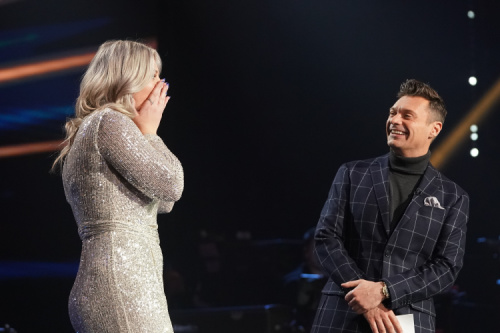 Monday nights’s episode of “American Idol” season 20 announced their Top 20 artists.  Exciting right?  Not so much.  It was bittersweet because 24 hours later, six of those artists headed home after Tuesday’s show that brought viewers a Top 14.   Ten of those 14 were based off of viewers votes.

The “American Idol” judges – Katy Perry, Lionel Richie, and Luke Bryan voted for the final four artists who would stay.  Artists who weren’t voted straight through to the Top 10 had to sing for their survival on the show which the judges based their votes on.  The ones who did stay, also had to sing, a “celebratory” performance. Their songs were selected by the judges.  Several of the contestants sang songs by the Judges who were impressed.

The first name called was Ava Maybee.   She made it to the Top 10.   Ava performed “Cuz I Love You” by Lizzo.  Ava said getting the vote is everything.  She called it the craziest experience. 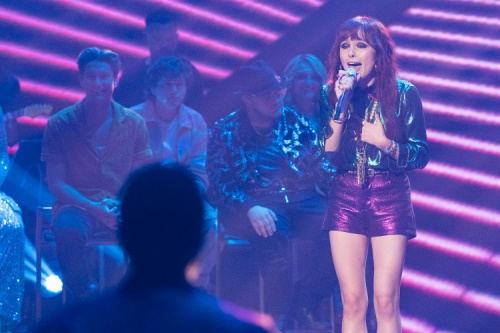 Christian Guardino was next to see if he made it to the next round.  Seacrest told Christian, “congratulations, you’re in the Top 10!”  Christian sang Radio Head’s “Creep” song.  Christian said he really relates to that song “I feel every word of that song.”  He said when he hears the lyric “I don’t belong here,” he thinks,  “yes, I belong here!”

Unfortunately, American did not vote Cameron Whitcomb through to the Top 10 and had to perform for the judge’s votes.   Katy reacted that “this might have been one of your biggest disappointing moments in your life…But that was your best vocal that you’ve ever done.”  She said he needed to be thrown down a flight of stairs, and be disappointed because it’s the best he’s sounded.  Cameron said he really wants to be there.

Allegra Miles was called next.  Ryan Seacrest said that she did not make it into the Top 10 and had to sing a song picked by the judges.  Lionel said it’s obvious that there’s an artist up there.  She wrote the song and it showed.  He said “when you have a creative artist, it’s all about what they’re feeling.”

Lady K. was called after Allegra’s performance.  Seacrest told her that she’s officially in the Top 10!  She sang “Bust Your Windows” by Jazmine Sullivan.  After her performance, Lady K said she never busted windows, but she did plastered photos, etc on an ex’s car Lady K said.

Huntergirl found out that she’s in the Top 10.  She sang “Vice” by Miranda Lambert.   Huntergirl told Seacrest that she was excited to see Dolly Parton’s star on the Hollywood Walk of Fame.

Katyrah Love did not get voted through.  She sang “Through the Fire” by Chaka Khan.   Luke told her “great performance.  Way to sing for your life.” He said this night hurts the judges’ hearts, who’ll have to vote for them later.

Cadence Baker also did not make it into the Top 10.  She sang “I’m Your Baby Tonight” by Whitney Houston.  Katy told her what a way to pick a song.  Cadence’s dad was in the audience, as Seacrest pointed-out.

Dan Marshall‘s results were next.  He is in the Top 10.  Dan sang Country song “Stuck on You” by Lionel Richie.   Lionel was lip-syncing to his song, and he told Dan that he “knocked it out of the park.”  Lionel said he has so much fun when performing the song.

Leah Marlene is also in the Top 10!  Her song was her original song “Wisher to the Well” which she sang back in Nashville.

Nicolina was next and was voted into the Top 10 as well.  She sang “She Used to Be Mine” by Sara Bareilles.

Sage sang “Brown Eyed Lover” for her life.  Lionel said she “absolutely took charge” and her attitude was so positive and she knocked them out. He said it was a better performance than last night.

Next up was Jay who was not voted through to the Top 10.  He had to sing for his life, “Believer” by Imagine Dragons.  The audience went crazy after his performance.  Luke stated,  that’s why the judges gave him the platinum ticket.  “That was a tremendous performance,”  said Luke.

Noah Thompson was next.  It’s his 20th birthday, which Seacrest pointed-out, it’s season 20.   It was definitely a good omen for Noah because he was in the Top 10.  Noah sang “Cover Me Up” by Jason Isbell.

Jacob Maran was not voted through.  He sang “Rise” by Katy Perry.  Katy reacted that she can retire that song now and there’s a few notes that she’s never heard in that song.  Katy added that Jacob has the fire.  It’s at his feet, and he owns it.  She called him one of the most incredibly talented people there.  She thinks he’ll take shape “and rise.”

Elli Rowe had to also sing for her survival.  Elli sang “All I Want” by Kodaline.  Lionel said she’s a victim of “so many people in your lane.”  He said, that is a very tough lane, and she’s grown so much.  She did the best ever, but is it good enough?

Emyrson Flora, who’s 16, received her green light to the Top 10.  She sang “in the Dark” by Adele. She said this has been her dream for so long and she’s really grateful.

Mike Parker was next and found out that he wasn’t in the Top 10.  Mike sang “Bed on Fire” by Teddy Swims.  Luke said he’s a huge fan of what Mike is doing and what he’s about.  Luke added, “great song choice” and he’s shocked that Mike wasn’t voted to Top 10.  Luke predicted that there will be “inner turmoil” among the judges when it comes time to vote.

The last spot would be held by either Tristen Gressett or Fritz Hager.  Fritz Hager made it to the Top 10, which meant that Tristen had to sing for his life.  Fritz sang “Golden” by Harry Styles.   Next, Tristen sang “Are You Gonna Go My Way” by Lenny Kravitz, for his life to stay in the competition.  Katy reacted by telling him that he is a rock star no matter what happens to him.  She said she just wants more.

After the judge’s votes, six artists went home.  The four artists who stayed based on the judges’ votes were:  Allegra Miles, Jay, Mike Parker, and the last spot went to Tristen Gressett. 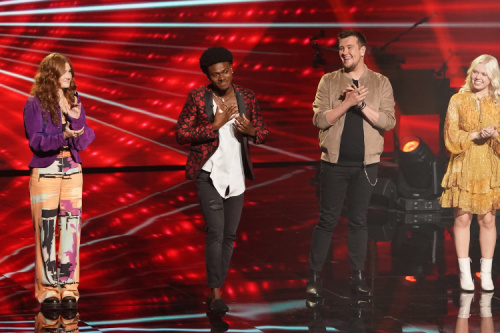