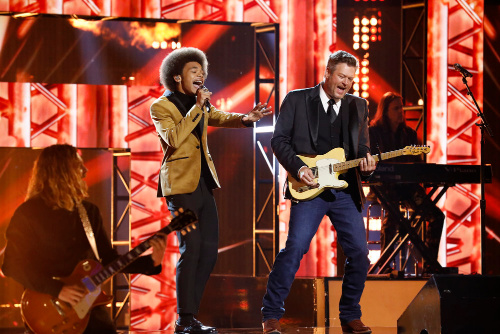 Night two of NBC’s “The Voice” season 20 finale continued with the show’s ten year celebration.  Former coach Adam Levine kicked off the start of the episode in a funny texting skit with buddy Blake Shelton.
Host Carson Daly introduced the coaches – Kelly Clarkson (six daytime Emmys nominations), John Legend (EGOT legend), Blake Shelton (King of “The Voice”), and Nick Jonas (Sophomore coach).
The list of celebrity performances was full and impressive.  They included: Maroon Five, Justin Bieber, Snoop Dogg, One Republic, Ben Platt, and the artists all got to perform duets with their coaches. Only, one surprise was when Team Blake’s Kenzie Wheeler performed with Country artist, Kelsea Ballerini, who also filled-in for Kelly this season during the Battles. 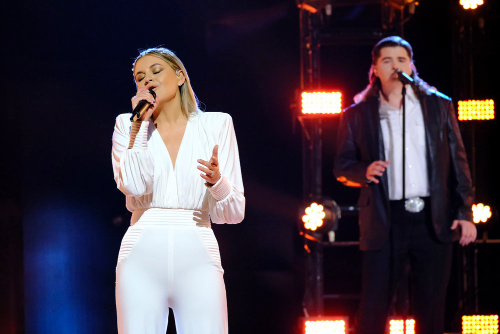 Humorous skits included Blake owning “the Voice” and changing the name; Kelly Clarkson taking fencing lessons from Alexander Massialas who’ll be competing in the Tokyo Games at the Olympics; then there was John Legend who took us behind-the-scenes of him creating his famous “Welcome to Team Legend” jingle! 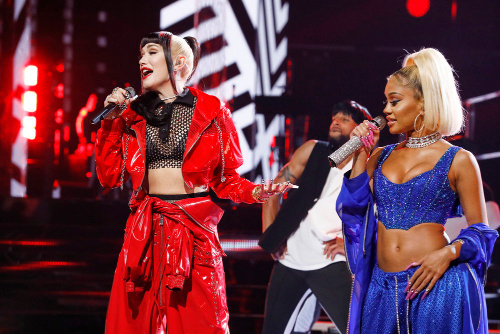 Gwen Stefani and Saweetie opened the show for the first performance.  Kelsea Ballerini returned to perform “half of my hometown” and Kenzie, who dedicated his song last night to his hometown, was showcased with her in a duet at the end of the song.
Daly announced that a perk of “The Voice” winner and second runner-up was that they each win a trip for two at Universal Theme Parks.
Rachel Mac sang with Nick Jonas.  They performed “Best of You” by the Foo Fighters who never approved a song before for “The Voice.”  Nick said he thinks it’s because of Rachel.
Carson Daly welcomed “One Republic” back to “The Voice” stage.  They  performed on “The Voice” ten years ago for the finale show.   Lauren Daigle performed “Hold On To Me.”
Mega Mentor this season Snoop Dogg returned to perform “Sittin on Blades” with DJ Battlecat.  Ben Platt was next to introduce his upcoming performance of “Imagine,”  his new single.  He talked about reprising his role of the character Evan Hansen in the new movie “Dear Evan Hansen.”
Justin Bieber performed “Peaches.”  John Legend and Victor Solomon sang “Someday We’ll All be Free” by Donny Hathaway.  John said it makes perfect sense that they ended the season singing together, since they started the season singing together during Victor’s Blind Audition.

Kelly Clarkson and Kenzie Wheeler sang “When You Say Nothing At  All.”   Then, Country artist Thomas Rhett performed.  Jordan Matthew Young sang “All My Exes Live in Texas” with coach Blake Shelton. Then traded places with other Team Blake member Cam Anthony who sang “She Drives Me Crazy” by the Fine Young Cannibals with Blake!  Truly the best performance of the night! 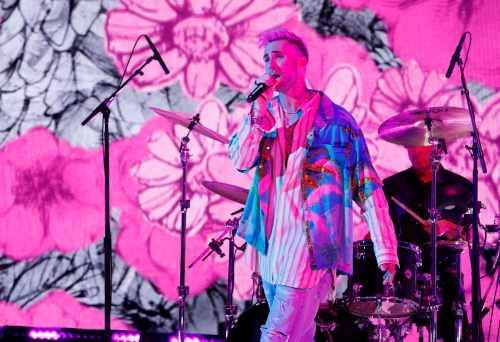 Next, appropriately fitting that former coach and Blake’s nemesis, Adam Levine,  took to the stage with his band “Maroon 5” to perform “Beautiful Mistakes” minus Megan Thee Stallion (who’s part in the song played via a large screen on stage). 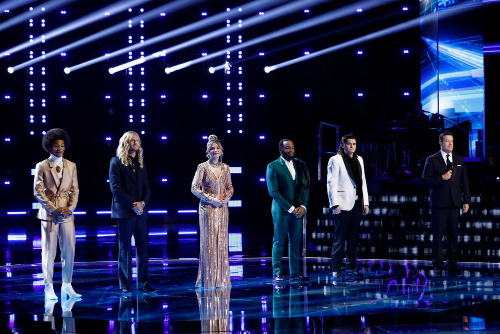 The Top 5 came out onto the stage together and Carson Daly asked Cam about his unlikely pairing with his coach Blake Shelton.  Cam said “this has been the time of my life, being able to explore my artistry on the show.”  He said before the show, he’s never been given that option.  Jordan Matthew Young, also on Team Blake, thanked Blake for letting him be him.  “I have countless people to thank for this opportunity” and said he “showed” his best self.
Rachel Mac told her coach Nick Jonas that he is the only one who believed in her in the beginning.  She said Nick is an amazing musician and an amazing human.  She’s learned a lot from him as a person, who has had a similar experience as herself.
Victor told John thanks for  allowing him to be who he is as an artist and thanked him for being “an incredible person.”  He’s “forever grateful.”
Kenzie thanked Kelly for letting him sing the classic Country that he loves and told her she’s like his best friend and feels like he’s known her forever.
Then Daly was ready to announce the results.  The first artist announced was in fifth place.  That was Victor Solomon,  in fourth place was Rachel Mac.  The artist in third place was Jordan Matthew Young.  The remaining two were Kenzie Wheeler and Cam Anthony.
Blake told Cam that his being on the show will change the show forever “and we’ve been needing that…being 20 seasons in.”  Blake was referring to his prediction that Cam will be the first superstar to come from The Voice show.  Kelly told Kenzie that “this is just the next step.”  She said Cam and Kenzie couldn’t be any more different artistically speaking.  She told them they both have amazing careers ahead of them.
The Voice Season 20 WINNER is: Cam Anthony!! 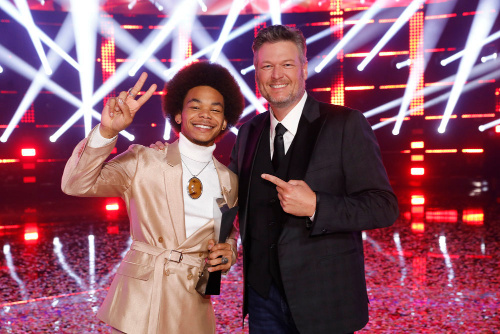