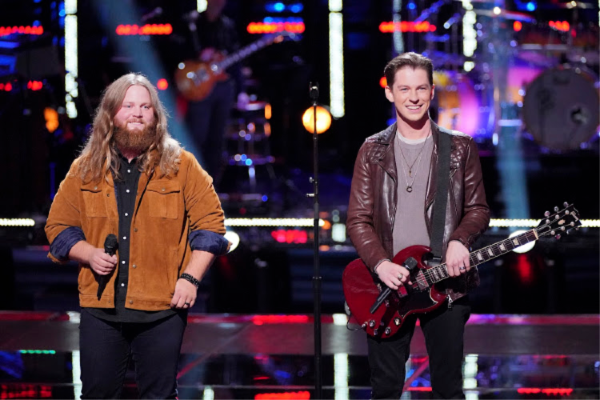 “The Voice” season 15 returned to a second week of the Knockout Rounds. A limited number of coaches sparingly had Steals and Saves left to adjust their final Teams before heading into the Live Shows which start next week. Monday night’s Knockouts was the final night of the Knockout Rounds. The super-fabulous Mariah Carey returned this week as the Teams’ Key Advisor who gave some really valuable advise to the artists.

Some of the artists this week chose to change things up by competiting in their Knockouts while playing instruments. Jake Wells stated that his reasoning for coming out on stage playing the piano was to show his coach Adam Levine that he’s not only an artist, but also a musician. This week’s Knockouts starte with Team Kelly. 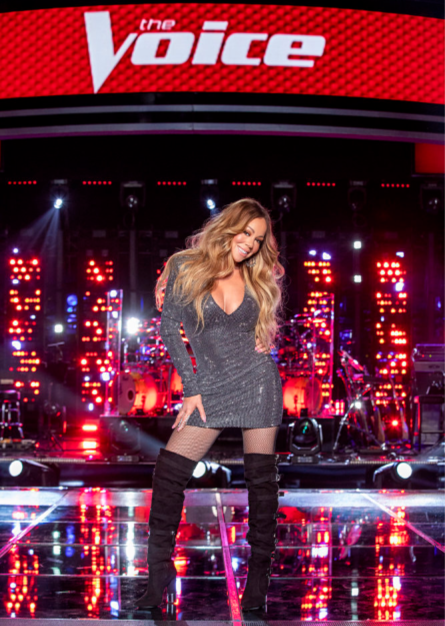 Kelly wanted to push them because they’re so young. They are also different from each other. “Traveling Shoulder” by the Dixie Chicks is the song that Chevel chose. She said her brother was in the Army for six years. Her and her mom would sing this song waiting for him to return home. Kelly reacted that Country is innate in Chevel and sounds like Loretta Lynn. The innocance and your age capitalize on this. Mariah told her what’s iimportant is that she get the story across to the audience. Mariah called Chevel “a raw talent.” Sara Grace chose “I’d Rather Go Blind” by Etta James because it’s the first song she sang that made her fall in love with the Blues. Mariah called Sarah Grace “an old soul” that seems “so seasoned.” Kelly said it will come down to which girl is more confident and comfortable in the audience who’ll win. 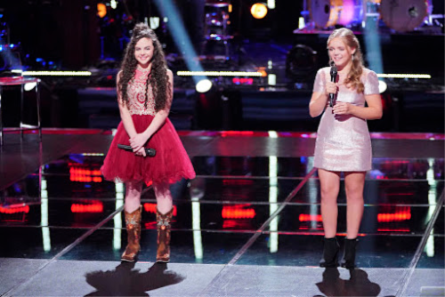 You don’t need to know Country to know you’re a Country artist. Chevel “It’s really special to listen to. Kelly told Sarah that it seems that she’s possed by the spirit of an older woman because she has so much maturity and emotion in her singing. Blake said Chevel found those moments to reel it in and heard her bravado that reminded him of Dollly Parton He added that Sarah Grace’s range is all over the place. He went with Sarah. Jennifer said they both “owned it very well.” That made it really difficult. She went with Sarah. Kelly said they both picked bold and fearless songs. “I only want bold and fearless on my team.”

KNOCKOUT WINNER: Chevel. Kelly said there’s no one like her in Country music. A 16 year old nailing the Dixie Chicks, forget about it.
SAVE: Kelly saved Sarah Grace.

Deandre chose “Wanted” song. He said even though he’s a solo artist, he’s a Country boy. He and his family lost everything due to Hurricane Harvey and dedicated the song to his family. DeAndre said he can’t go home, “I don’t have a home.” DeAndre said he loves Country music. Mariah said he wants to show his range as an artist. Jake said he’s been wanting to sing since he was six years old and he’s not going down without a fight. Jake chose “Yellow” song. He said he wants to prove to Adam that he’s more than an artist, that he’s also a musician. Mariah advised Jake to stay at the piano and not leave it. 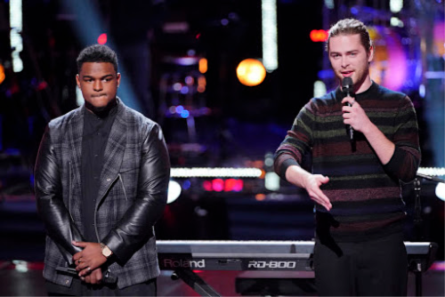 Blake told Jake though no expert on COldplay, it’s specific what he did and did a great job. He told DeAndre that he’s a Country singer and why isn’t he on his team! Kelly told Jake it was her favorite performance as far as taking a classic and doing something new with it. She told DeAndre he filled everyone with his sound. She went with Jake though. Adam had an ‘I told you so’ moment with Jake, referring to him suggesting to Jake about changing things up with the song. It paid off. He said Deandre is super competitive. But, super nice and came to win.

She paired them because they have a good sense of who they are. Anthony is attracted to the music in the 70’s. He chose “Operator” song. Mariah said Anthony has a sinceraity about him and you can feel his spirit when he sings. Jennifer advised him to “let us in a little more.” Kennedy started singing in school productions. From there, she came to “The Voice.” Kennedy chose “What About Us” by Pink to show her range and can’t sing love songs because she hasn’t been there yet. Jennifer said watching Kennedy sing takes her down memory lane. Mariah told her she likes the quality of her voice. Mariah said at 13, she was very vulnerable “She can enjoy this time…I think that’s what’s going to carry her through, said Mariah. She warned Kennedy about not so good people in the music industry. So, she has to love music and put in the work.

Kelly said it’s crazy, Kennedy can’t even drive yet. “I bet Pink is going to be so proud. You did such a beautiful job,” said Kelly to Kennedy. Adam told Anthony that he’s the coolest 15-year-old he’s ever seen. He wants to be like him. They are both vital and important to the show, Adam stated of Anthony and Kennedy, and added it’s Impossible to choose. Blake said one thing is more flashy than the other. Kennedy is more big and said he’d take Kennedy “all the way.” Jennifer told them they both have bright futures in front of them But, they still “have plenty, plenty of time.” She said Anthony knows who he is at 15. She loves Kennedy’s vulnerability and she was “in the moment.” 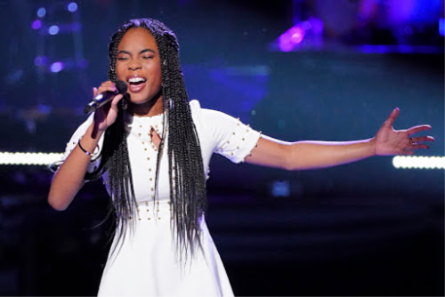 Kirk had a big freak-out star-struck moment when he first saw Mariah Carey and eventually told her he loves her! Kirk plays with a band at home. He said he grew up poor and had many days without water and lights. He said he loves Country music and loves Blake. Kirk said he’s hoping to show Blake his range as an artist and chose to sit-down and play keyboard. Mariah said Kirk was “captivating” from the minute he started playing. Blake suggested Kirk to stay at the keyboard. Blake said America is going to be as surprised as he was to learn that Kirk can play the keyboard and can’t wait what other talents Kirk has.. Blake stole Colton from JHud. Colton chose “Lady Marmalade” because it’s his mom’s favorite song. Mariah called him singing that song “a huge undertaking.” Blake said the song is so dynmaic with so much energey, he’ll have to fill the stage with something. Colton moved about on the stage. But, towards the end of the song, he couldn’t hear and took a pause during his performance.

“Kirk that was such a beautiful moment and a way to come into a Knockout,” stated Jennifer to Kirk. She told Colton that he’s still a professional how he handeled him mis-step on stage. Kelly told Colton tht they’ve all experienced tht and he’s still a stand-out human. She called Kirk incredible Adam agreed and said Kirk is “truly a unicorn.” Blake said he paired them because Colon is the only one on his team that can go up against Kirk. He told Colton that he has a lot of confidence in him. musically they are going two different directions. Blake told Kirk that he’s special and to embrace the moment. 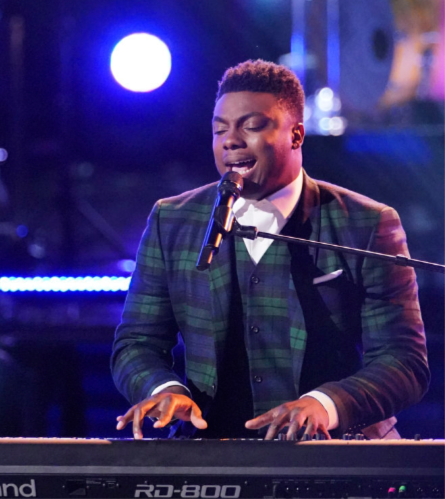 KNOCKOUT WINNER: Kirk. Blake said Kirk is one of his favorite artists and had one of the most impressive Knockout performances on the show.

STEAL: Jennifer Stole Colton back! She said she never wanted to lose him and as his former coach, she knew he can do it. Blake said he’s happyt that JHud stole Colton back.

Delaney chose “Prey” song by Kesha said she’s been auditioning since age 13 and has experienced plenty of rejections. Mariah said there’s a lot to be said to holding back. She advised Delaney to “ease into it.” Mariah said Delaney needed to demote her exhibitions. Steve and his dad, who’s passed away, both shared a love for music. Steve chose “Unaware” by Allen Stone. Steve said it’s challenging because Allen’s voice goes high. Mariah said the people will get behind him by just delivering the emotion. She advised him to “not feel confined.” Adam got in to the “stylisic approach to the song.” Adam said Steve’s voice sounded better after the adjustments he and Mariah advised him.

Blake said it was “evenly matched.” Delaney always gives her all. Steve’s overall presence is big and fills the room. He said Steve had the edge and gave it to him. Jennifer said Delaney has a beautiful voice. But, it was intriguing watching Steve perform. She also chose Steve. Kelly said it was her favorite song of Delaney’s on the show. She told Steve that it’s something nice about seeing a man being vulnerable. She went with Delaney. Adam said what holds Delaney back is in her head telling her she can’t do it. But, she can. Adam based his decision on who’s ready right now.

Blake paired them together because it’s Rock vs. Country. He said Chris’ voice is gravely. Chris chose “Burning House” song. He’s a part time stay at home dad. He chose the song because in music, he’s constantly being told “no.” He wants to show Blake that he can “carry a huge performance” with no help. His influences in Country music are Hank Williams, Patsy Cline. He made changes to the melody of the song. Mariah said the song has ‘intensity” and so does he. Blake said it sounded like something Chris could have written. Mariah said it’s so important that a singer can sing emotionally. Michael chose “Whipping Post by the Almond Brothers. He said it’s a special song to him. He’s been playing professional since the age of 18 in “smokey Blues cubs.” He sai the sond can be pretty dark and has been through some dark times. He drew from those experiences. Mariah said he had emotional outburst and she really liked it. Blake asked Michael to “please do that scream at the end.” Blake said he hopes he can use his Save on one of them and he’s “really kicking himself.” 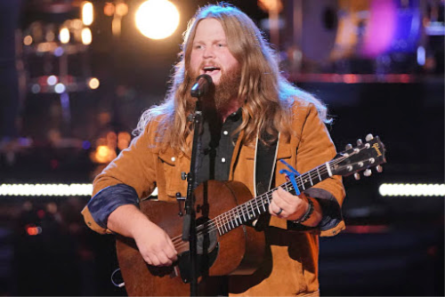 Jennifer said they brought something incredible to the table and it will be hard for Blake. Kelly went with Michael and said Chris is “insane.” Adam said Chris played an equally difficult song on the guitar. Blake said he couldnt be happier – for people who are already good to make him look super smart. He said there’s already plenty of dues paid with both of them. Chris is high and so much power. Michael doesn’t look like he’ll sound like that! 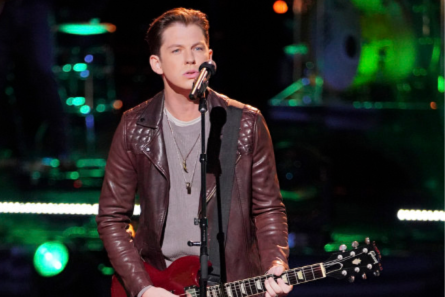 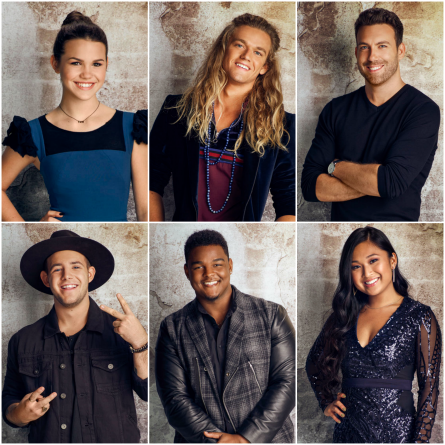 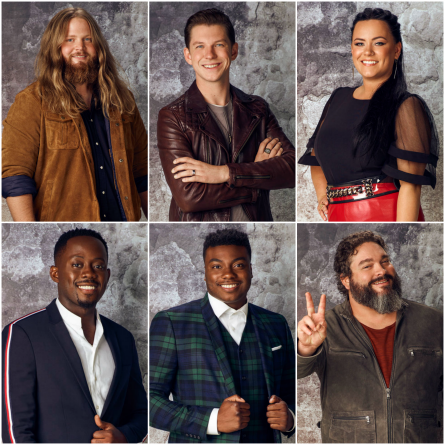 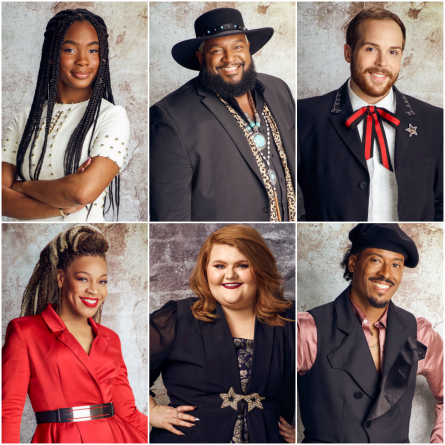 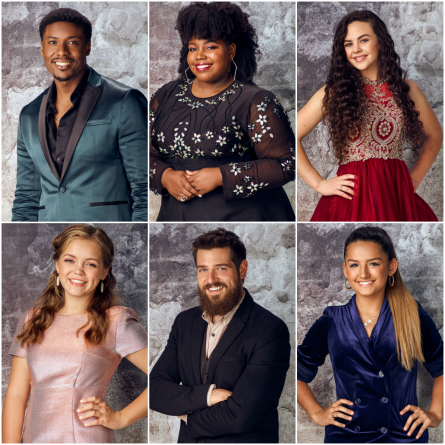