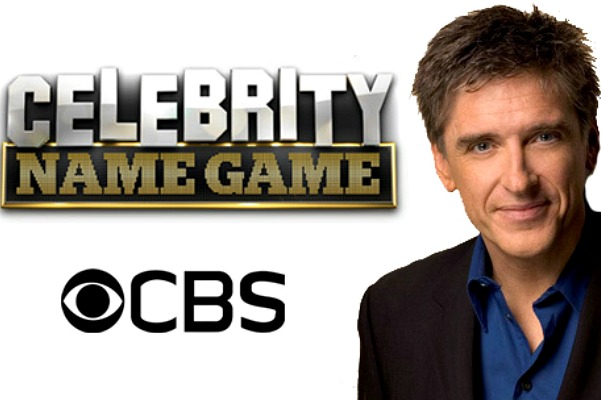 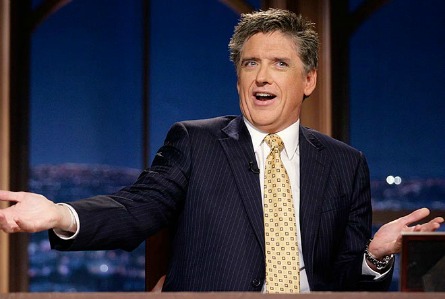 Hosted by comedian and host of his own late night talk show, Craig Ferguson (also starring in Winnie the Pooh), this game show does not hold a traditional look and feel of a game show. With an enormous home living room decor type set, it feels more like the contestants are playing a board game at a friend’s house. In place, is a faux fireplace, book shelves and windows that show a night time big city scene.

Courteney Cox stated that when she was on the phone calling different celebrities to ask if they would do the show, her daughter Coco who was also on set said she would do it!

Executive Producer David Arquette opened the show with a few comments to the audience. One of the things that he stated was that “Celebrity Name Game” is based on the board game by the same name. Courtney Cox was also present and spoke to the audience later in the show. The ex couple appear to be getting along very well. David Arquette seemed quite normal and not crazy!

The one show that we witnessed had two pairs of contestants that are best friends Each pair is joined by one celebrity who is assigned to them for the first round. The two celebrities were Kevin Connolly (Eric Murphy, Entourage) and Jayma Mays (Emma Pilsbury, Glee). They had to give clues to the contestants. Each team plays the game to win as much money as possible. It was never stated the maximum amount that a contestant could win on the show.

During the first round each team has sixty seconds to guess as many famous names correctly as possible. The celebrity who is assigned a team feeds the pair of contestants clues to their famous name answers. Each correct answer earns the team $1000. There was a lot of celebrity bashing which may result in some celebrities getting into trouble with other ones!

In the second round, the celebrities switch sides and play again with the same rules. Before the start of each round Ferguson warns very sternly “No cheating!”. 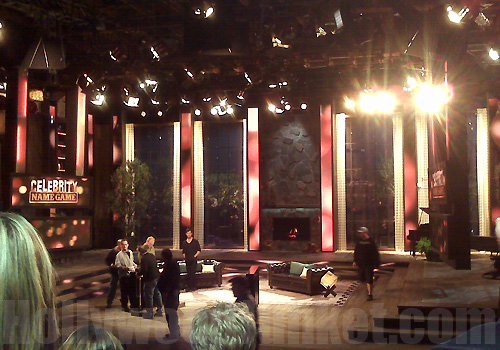 The third round is called “Celebrity Sandwich”. In this round the celebrity must stand between the duo of the contestants on their team and give clues to each one, one at a time by turning back and forth to face each one until the clock runs-out. Before each round, Ferguson lets the team know the minimum number of names they must get correct in order to take the lead.

The players with the most correct names and earning the biggest payout go on to the final round. The non-winning team walks away with parting gifts. Gift bags were handed to the two players who did not win.

Contestants are given one pass for each round if they can not guess the correct answer. During the last round, they get two passes. The final round consists of three passes.

In the final round, the contestants get to choose which celebrity they’d like to play with. They have 90 seconds to guess seven correct names in order to double their total winnings. Once the seven answers are reached, the clock is paused and the team gets to decide if they’d like to move-on, in which they must get another seven names correct in order to double their money again. However, they must eliminate one team member, and if they don’t get all seven names their winnings drop back down to what they won in the fourth round. The celebrity name answers also get harder.

At the end of the show that we watched, the contestants ended their fourth round with $35,000. They doubled it to $70,000 during the first half of the final round. Then with 72 seconds left on the clock they just barely managed to double their money again and walked away with $140,000!

Craig Ferguson is someone whom would NOT be my first pick to host a game show. However, he is extremely great at it! His rhythm and timing is hands-down spot-on. Ferguson has a natural ability where he doesn’t seem to be feeding viewers lines. There are four movable parts to the stage. The two backgrounds that hold the screens that contain the answers. Players stand in front of them. They swing down, and two floor podiums slide forward all at the same time. Ferguson does a ritual on his knees as they go into place.

One moment during filming, there was a malfunction with the podiums where they moved unexpectedly. Ferguson yelled, “this place is haunted. This is the heart of the house…don’t go into the light Carol Anne!” mimicking classic horror film “Poltergeist”.

A fun audience participation game is played between rounds one and two, and again between rounds three and four. Pre-screened audience members get in front of a microphone while standing in the audience and have a chance to win money by guessing celebrity names from Ferguson. They start with $1000. Each time Ferguson has to give them a clue, they loose $100. Another audience game is that he or she has to get three names in sixty seconds to win $1000. One audience contestant couldn’t get Bill Cosby, and Mr. T.