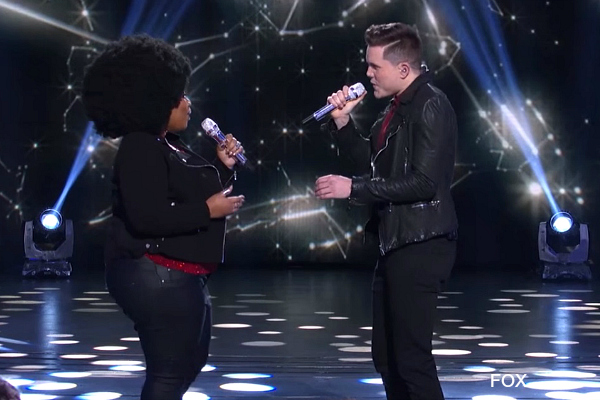 This week, the “American Idol” Top 8 contestants were paired together to perform duets. After that, they got to perform solos with the theme of “The American Idol Songbook.” It was during their solo performances where the ‘Idol Top 6 were revealed as host Ryan Seacrest called out the contestants that garnered the most votes one-by-one.

Special guest performance this week was by season 14 ‘Idol winner Nick Fradiani who returned to the stage to sing “Get You Home.”

“The American Idol Songbook” Individual Rounds included songs that were sung many times before on “American Idol.” The contestants also dug into musical history by grabbing songs by Joe Cocker, Whitney Houston, Michael Jackson, along with the greatest portion of songs selected this week done by The Beatles. First up for duets was La’Porsha Renae and Trent Harmon. 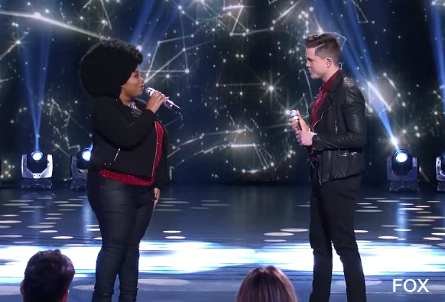 During their rehearsal, La’Porsha said “Trent has a higher voice than me and I’m a woman.” They sang “See You Again” by Wiz Khalifa, featuring Charlie Puth. Trent and La’Porsha took their duet to heart and wore matching red shirts, black jackets and black pants. Keith said it was the perfect song and it worked for their strengths. Jennifer said “the whole thing was magical.” Harry said that their voices blended so well and couldn’t ask for a better way to start the show. Harry also asked whose idea it was to sing Wiz’s part? Trent claimed ownership. 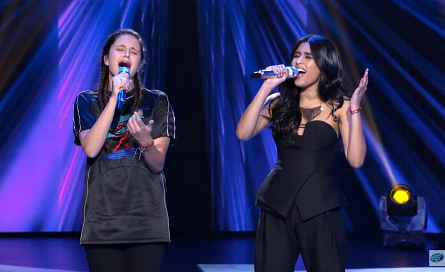 They sang Andra Day’s “Rise Up”. Jennifer reacted with “your voices are bold and so angelic.” She also said they have no weakness in their voices and it was such an “inspirational song.”  But, would like to see it come through in their bodies more and to “let loose.” Harry categorized them as “rhythmic” for Avalon and “melodic” for Sonika. He said Sonika’s voice is “breath-taking”, but it was drum heavy. Keith called Sonika’s tone “clear, beautiful and angelic.”  He said Avalon is a “natural singer” which made for an interesting pairing.

“American Idol” mentor Scott Borchetta, who’s been working with the young singers all season commented on the duets this week.  It’s important that they understand how to collaborate, he stated. But, because it’s a competition, they need to make sure that they are shining.  Yet, they still need to compliment their partners. On that note, Scott revealed  that Lee Jean (collaborating with Tristan McIntosh) had the challenge of working through being ill this week. 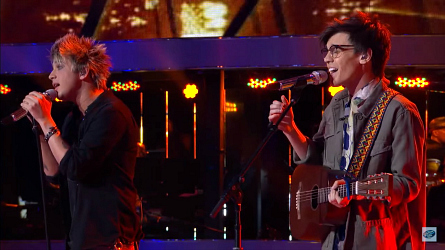 They sang “I Want It That Way” by the Backstreet Boys. MacKenzie said the song (because it’s by a boy band) fits Dalton better. MacKenzie said he’ll “bring the softer side of the song.”  Harry said it wasn’t good and asked if they had any idea what they were singing about? They looked perplexed at each other and didn’t know.

Harry responded that he personally would NOT want to sing that song.  Keith “completely agreed” and said it’s NOT Dalton’s strong suit to do a song as a cover. Jennifer felt the same way and “it was so much like the original.” She finished with “it seemed like the right song.   But, it wasn’t the right song.  I didn’t want it that way!”  Dalton stated that he was doing his best to connect with the audience since there wasn’t much there to connect with the song. 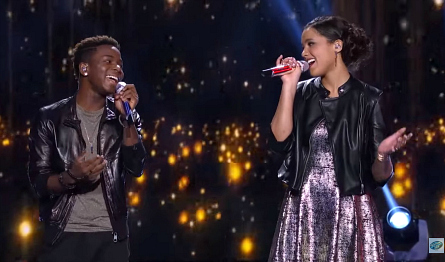 They sang “Don’t Want to Miss a Thing” by Areosmith.  During rehearsal, Tristan was distracted that she’s taller than Lee.  Keith said “I love that song.”  He noticed that it’s difficult to find a song that will fit their keys.  It’s also hard to find a song that would bring out the best in both of them. Jennifer said it was not the exact right song for Lee and “could have been a little bit stronger.”   Harry said the problem was in the arrangement.  He would NOT have picked that song and there was nothing special. “It was very boring and bland, and didn’t have to be.”

Click HERE for THE INDIVIDUAL ROUNDS, ‘IDOL TOP 6, and who went home! 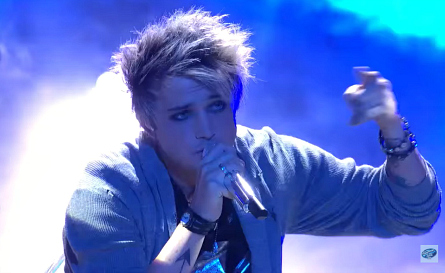