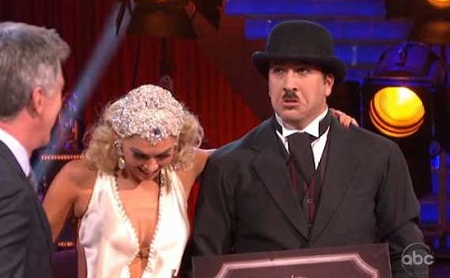 Joey Fatone, known for his stint in the popular 90’s boy band ‘Nsync took his final bow tonight on the All Stars version of “Dancing with the Stars” (DWTHS). He appeared disappointed however left the stage like a champ with no hard feelings. 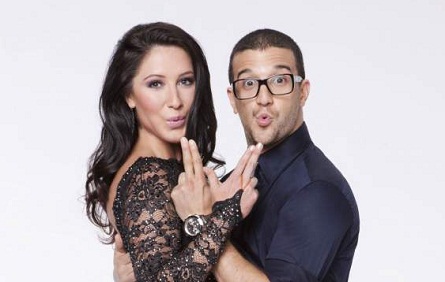 This week, many of the female contestant’s wore costumes that embraced the 1920’s flapper era. They came out wearing low cut dresses, short hair parted to the side, and red lip stick. Bristol Palin embraced her inner country girl by dancing to Gretchen Wilson’s Redneck Woman. She donned cowboy boots, daisy dukes and a brown cowboy hat. Her performance was not up to par she lacked rhythm and enthusiasm; the judges were not impressed. Carrie Ann said “Bristol has come very far since the beginning of the show and it is really exciting to see however there is a rule once you get in hold you have to stay in hold until the end”. She broke that rule. Bristol and her partner, Mark Ballas earned a total of 18 for their performance. 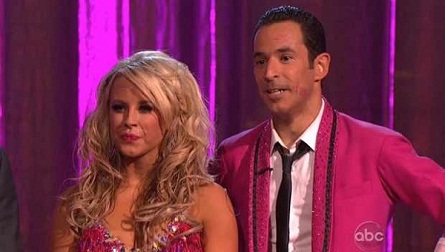 Chelsie Hightower and Helio Castroneves were the second couple to grace the stage; they chose the song It Started with a Whisper. It was an energetic performance, Chelsea’s blonde bombshell look and sparkling pink dress rocked the stage. From the moment they began their performance, the audience can easily sense their chemistry. The kiss in the beginning was charming along with the classic jive moves incorporated into their dance. 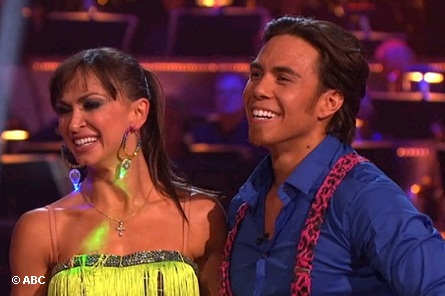 Apolo Anton Ohno and his partner Karina Smirnoff danced the quickstep. Their performance began with Apolo entering the stage from a door; Karina was sitting in a chair with the audience until he pulled her on stage with him. This added spice to the performance because for the first few seconds’ audience members did not know where Karina was. Len Goodman told them they “combined two of the most important assets, speed with control”. 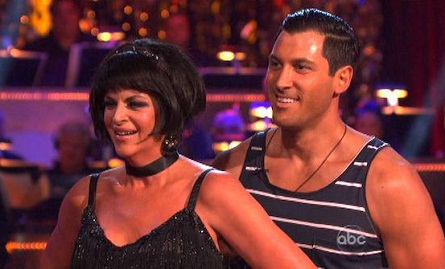 The behind-the-scenes look at Kirstie Alley and Maks Chmerkovskiy practicing was intense; Maks kept lecturing Kirstie on how she is competing against people in their twenties therefore she has to try harder. He tied bands around the bottom of her ankles to help her nail the steps. She described it as a bit creepy and called it “50 Shades of Maks”. The judges did not like her performance; they gave her a low score of 21. The All Stars addition of Dancing with the Stars is definitely starting with a bang; the dances along with the costumes are incredibly entertaining. We cannot wait to tune in to next week to see who will get eliminated.
-Written by: Jaclyn Ashley