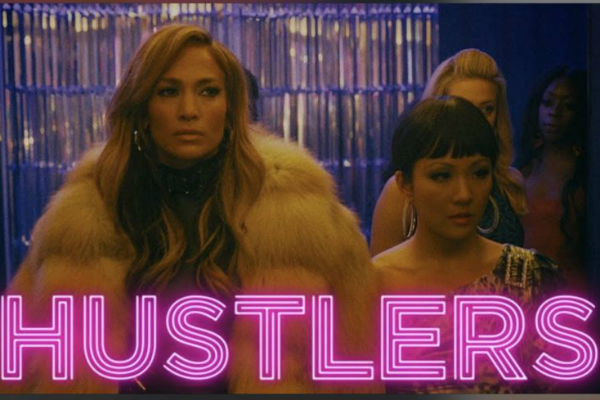 They don’t gotta dance, they make money move is what ultimately becomes the end goal of the strippers depicted in “Hustlers” movie opening Friday, September 13th in theaters. What the film seems to promise and what it actually delivers are complete polar opposites, that it’s hard to keep up.

“Hustlers,” written and directed by Lorene Scafaria, is advertised as a light-hearted (as light-hearted as you can get with a story about extortion), rambunctious film hyping-up stars Jennifer Lopez, Cardi B., Keke Palmer and Constance Wu. What audiences really get is a serious drama (a bit of comedy) closely focused on characters Ramona, and Destiny played by Jennifer Lopez and Constance Wu respectively, minus Hip Hop artist Cardi B who was a real-life professional stripper, given approximately roughly four minutes of screen time out of the movie’s full 109 minutes.

It’s a period film which occurs between the years 2003 to 2015 and doesn’t miss the mark on re-creating that environment. “Hustlers” starts with happier, care-free times of audacious spending habits flaunting huge amounts of designer clothes equal to a season of of “Sex in the City.” That all changes in 2008 when the stock market crashed. The story is nestled in New York city around the uber elite males and the strippers that serviced them. In order to survive financially, Ramona becomes the ringleader of the group of strippers, or “sisters” who set-out nightly to reclaim there glory days of making loads of cash. If the rich no longer come to the strip club, bring the strip club to them. These women lured wealthy men from bars, drugged them, then conned them out of hundreds of thousands of dollars. Did these men deserve this? Hmm…according to Ramona, yes they did! For the most part, the film didn’t give the audience a reason to sympathize with the male victims, except for one male character who pleaded with the women to get the amount back that they had stolen from him.

The movie didn’t sugar-coat the actions of these women which I couldn’t help but feel a bit of a moral conflict in watching what went down and feeling like an accessory. Not a great feeling. Maybe “Hustlers” should have NOT sugar-coated what actions went on with the men in the strip club to the women. What the group of strippers did perhaps might be best explained by Constance Wu’s character who rationalized, “hurt people, hurt people.”

During my viewing of the “Hustlers” movie, it peeked for me in the first act, featuring what I thought was the best part of the movie with Jennifer Lopez’s pole dancing at the strip club. If you missed her in concert, this is an excerpt of what you missed. Followed by a scene of her outside wearing a huge fur coat. Also during the first act was where Cardi B’s screen time occurred, as well as “Transparent” actress Trace Lysette, and singer/song-writer Lizzo, whom I would have liked to have seen more from all three of these ladies. Second fun scene included a cameo from R&B artist Usher. The initial setup of the movie with these scenes landed the movie falling short of the expectations resulting in a more serious film in the end.

It’s clear that the whole story is a re-telling from journalist Jessica Pressler’s (played by Julia Stiles) article in a 2015 issue of the New York Magazine. What the movie audience sees are scenes depicting what was revealed in Pressler’s interviews from Ramona, Destiny, Mercedes (Keke Palmer) and investigators. The usage of sound got very creative to drive home that point, and is much appreciated.

Not appreciated were digressions of parts of scenes that lead no where allowing for screen time to things that just seemed like a waste. There were slower moments where I would have changed the channel had I been watching at home. The only thing that would have stopped me from that was the possibility that the movie might have gotten better or might miss-out on a plot twist or surprise ending. Improvements would greatly be made had “Hustlers” been re-edited for the replacements of scenes in different orders.

The movie would have flowed better and been straight-forward had it started with the undercover scene then worked backwards from there. A movie “based-on” those events would have allowed for more creative freedom rather than having to stick to the strict guidelines of an article.

The movie’s takeaway that it chose to leave audiences with were wrapped-up with an end quote from Jennifer Lopez’s character, “the whole country is a strip club. There are people throwing money everywhere and there are people doing the dance.”