These Single Ladies are READY FOR LOVE! Sneak-Peek Photos! 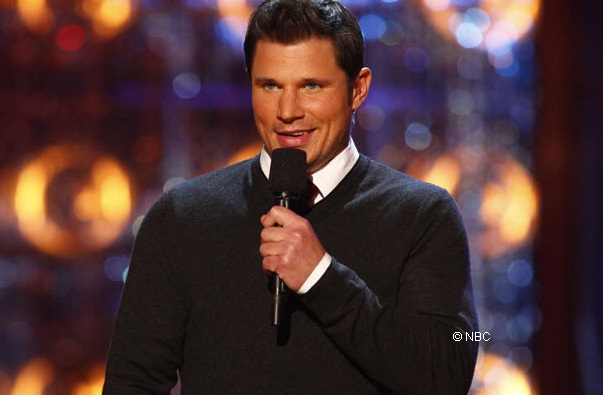 EXCLUSIVE! Set Report! Spoiler Alert!
NBC is maintaining it’s two in numbers of singing competition game shows with a new one added to it’s already highly successful “The Voice”, this one is called “And the Winner Is” which seems to take the place of a cappella singing competition show “The Sing Off”. “And the Winner Is” is hosted by “The Sing Off” host, Nick Lachey.

HOLLYWOOD JUNKET obtained some details of “And the Winner Is” during a recent filming of the show on the Universal Studios lot, also where “The Voice” is filmed. More details will be updated as we get them. For now, we know that at the beginning of the game show there are six contestants that challenge each other. The game consists of three rounds total in which two singing artists challenge each other.

It was determined by our reporter that the producers of the show pick the songs that the contestants will sing. During the first round, a group of 101 audience members are selected who vote on which singer won that round. These audience members are called “judges”. After the singers perform, the judges then vote. The audience as a whole consists of 400 people! The judges do NOT reveal who got the higher score right away. The contestants have an offer of $10,000 that they can choose to walk away with if they say that they don’t think that they won the round. Once they defer the round, they are out of the game for good, and the other singer moves on to the next round.

In round two, two contestants battle each other. One singer gets “fast tracked” to the final round if they got the higher score. There is $25,000 at stake and they have to decide if they will take the money.

In the third round the winner can win $50,000 and whomever wins the final round has the chance to walk away with $1 million!

Our reporter stated that “it’s a good show.” The only thing that was problematic for the contestants is that when the producers pick songs for the contestants, sometimes the song choices may give certain contestants a disadvantage in the game because it directly affects how the judges may or may not vote for them. The comparison of “The X Factor” and “American Idol” were thrown out there. The audience voting concept makes the show different.

It seemed that a majority of the contestants had a “sob story” of why they should win the money stated our reporter, and they also noted that some of the singers that competed on “And the Winner Is” are from a local “Agape” church.