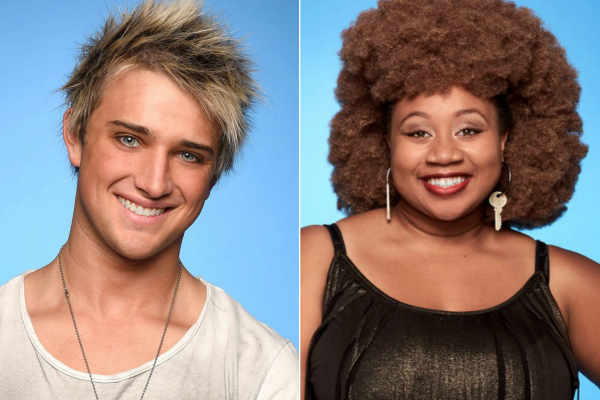 The series finale of “American Idol” season 15 crowned it’s winner Trent Harmon. Trent was up against La’Porsha Renae who happen to also be from his state of Mississippi. Dalton Rapattoni exited the show on the first night of the two night finale. 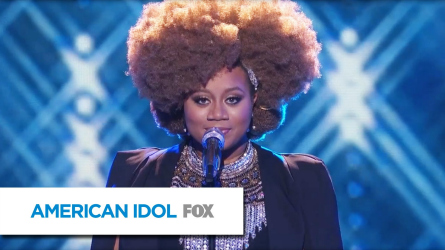 La’Porsha was asked what were some of her take always from being on “American Idol.” She answered she’ll take away the experience of how things work behind the scenes and “the impact I’ve had on so many lives. It’s a humble reminder of no matter what you’re going through there’s always someone out there who wants to hear inspiration.”

When asked how she manages to connect her emotions with the songs given on “American Idol”, La’Porsha answered, “even though you as an artist are supposed to get into character and be able to convey a message in a song, it’s still important that you have some kind of relevance with that song.”

La’Porsha signed with Motown Records and Big Machine. She said Motown is a record label in her household “if you make it to that label, you’re golden.” With the Motown label, she said she wants to bring back some old school soul music.

La’Porsha said she had a feeling that he’d (Trent Harmon) be crowned. “So, I prepared myself for it…I was really proud. He deserves it and is a true artist.”

During “American Idol”, did she feel extra pressure to deliver perfect performances each week? “At the end of the day, it is a TV show and I know that being the front-runner would have it’s repercussions.” She said she experienced more anxiousness of getting the critique than pressure.

La’Porsha stated that there were weeks when she critiqued herself and knew that she didn’t do as well. “It was evident. But, nothing was said about it,” she said in regards to the judges critiques.

“I plan on using my platform to be proactive in my community to bring about changes not only in my community but in other communities. She said “you all just need to respect each other an get a long and coexist.”

HOW YOU HELPED TRENT:

After Trent won “American Idol”, he stated that La’Porsha helped him. HOLLYWOOD JUNKET asked La’Porsha what he was specifically referring to. She said “Trent is a very hard-worker. He doesn’t like people to lie to him and say he did good when he knows he can do better. We listened to each other’s takes and let each other know what we can do better.” She said whether it be physically (movement) or vocally. “I would tell him maybe not use the high note for everything.” La’Porsha said he would do the exact same thing for her.

AUDITIONING FOR ‘IDOL AT 16:

La’Porsha was eight years old when Kelly Clarkson won the first season of “American Idol.” She knew then that it was a show that she wanted to try-out for.
She didn’t make it past the produceres when she tried-out at age 16, and they told her to come back. She said “I kind of didn’t have much to sing about util life happened between those years. Then I came back and sang with a lot of depth and emotion” during this last season of the show.

As for the immediate future after being the runner-up on American Idol’s last season, La’Porsha said she intends to hit the ground running and isn’t sure if she’ll be moving back home right away.

The controversial bill that was passed in Mississippi is an anti-LGBT one. La’Porsha was asked by a reporter how she felt about it and if she would try to make changes to Mississippi. La’Porsha responded “I haven’t heard about it.” She said that her main focus in wanting to leave Missisippi is because of her abusive situation.

“How I feel about the LGBT community is they are people just like us. They’re not animals as someone stated before. They are people with feelings. Although not all of us agree with that particular lifestyle, we should still treat everybody with respect. We should be able to coexist with one another.”

La’Porsha continued to give her own feeling about the LGBT community, “I am one of the people who don’t really agree with that lifestyle. I wasn’t brought up that way. It wasn’t how I was raised. She said she does have a lot of gay friends and a lot of people that she loves who are gay, and homosexual. “We should just respect each others opinions and move-on,” she finished. 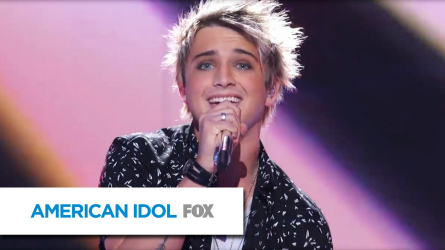 He said he always comes back to North Texas (his home and “anchor point”) to keep himself “charged” and is involved in the School of Rock. “There aren’t as many music programs in schools as there used to be or funding is cut. Some kids don’t want to play soccer, etc..It’s a really important cause and I will always be involved in that.”

EVERYBODY WANTS TO RULE THE WORLD:

During Dalton’s performance of Tears For Fears’ “Everybody Wants to Rule the World” song, they pretty much said they hated it. But, they chose the song. So, what happened? Dalton said the judges didn’t mentor anyone that week “I was practicing it in that key” he said because there were three songs that week he didn’t want to “blow-out” his voice. He said he had planned to raise the key on stage but forgot to tell the band. Dalton said it was a mistake and everybody makes them.

Before ‘Idol, Dalton was in a band calld “IM5”. He said “I don’t think I would have been able to do this (American Idol) without having been in IM5. Dalton said it taught him how to perform and interact with people in the industry, and how to perform. He said he’s very appreciative of the lessons both ‘Idol and IM5 taught him.

The songs that Dalton would have perfomed on the ‘Idol stage had he not been eliminated would have been “Say Something” by A Great Big World, and “Hopelessly Devoted” would have been his repeat song.

He said his album that he is recording will basically be an independent one. Dalton said he has a team behind him and will be able to do his album independently if need be.

“If I don’t have a song with lyrics I don’t connect to, then it doesn’t happen.” He said he always tries to do songs that he strongly connects with where he can get into his head to try to express what the song is saying. Dalton said he’s just going to continue to keep being himself in the future.

Listen to a portion of LA’PORSHA & DALTON’S INTERVIEW below: