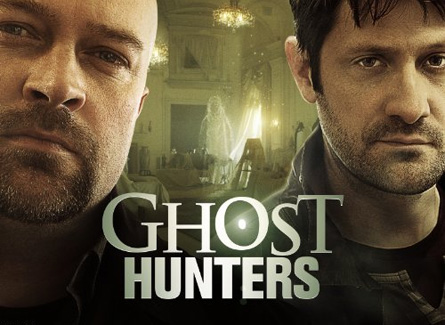 In a recent phone call interview, ghost hunters Amy Bruni and Adam Berry talked about show highlights, milestones, and Grant’s departure. His last investigation takes place at the Spalding Inn in Whitefield, NH. As for some of the more memorable investigations this season, Bruni said it was the Yorktown one. “Probably one of the best investigations that I’ve ever been on. It was just one of those places where you never wanted to leave”, she said. For Berry, “Waverly Hills was a life changing – I mean when I first went to Waverly Hills it was incredible. But, to go back again with TAPS, with Grant and to have those experience, especially something that was so emotional, it’s really- it’s rewarding from A to Z.” 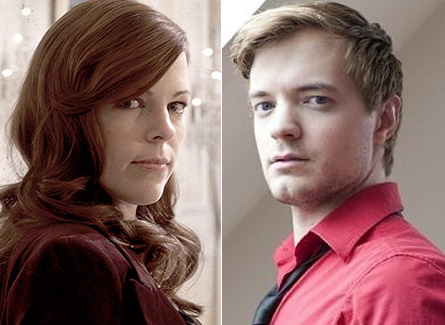 When asked if Wilson’s departure was expected, Berry reacted “for me, it was out of the blue. I had no idea. I was emotional about it but to just see how their level of reaction, it hits you hard because you are one huge family”.

Bruni gave a hint that there may be bigger things up ahead for Wilson when she said, “A lot of people once they’re doing something for so long- once, they have other opportunities come up or they feel like it’s time to move on they just do so”.

When thinking about the places they would like to investigate, some locations came to mind for Bruni and Berry. “I want to go to Graceland” said Bruni. Berry stated that he’d like to investigate the White House, however, doubts that the team would be able to get clearance to do so. “We’ve tried and wanted to go to the Villisca axe murder house before. We’ve made attempts to but haven’t been able to get there. I’d like to do Neverland Ranch. That would be fun. I mean see if Michael is there.”

Throughout all of their investigations, Bruni and Berry define the best being the male apparition that appeared on the USS Yorktown. “That looked like a person,” said Bruni. She also said that it was so shocking because it actually looked like a person walking across the deck.

Visual evidence is undeniable, but we were wondering if these investigators ever take advantage of some of the new technology such what’s on smart phones. Bruni responded, “We really don’t use any Smartphone applications or anything in our investigations just because, we really can’t verify the technology behind them.” Some of the new technology that Bruni and her team are using she said is “we have been experimenting with shadow detectors and we’ve been using these things we’ve been calling objects, proximity centers where we can tell if something is approaching a trigger object.”
The most basic objects that a beginner ghost hunter can use, Bruni advises, is “a digital voice recorder and a digital camera”, as well as a flashlight. She said a mini DV camera is great because it allows for video and audio and can capture night shots as well.

Bruni is currently pregnant and said that it hasn’t been affecting her senses so much during her investigations. But, says she’s been more cautious. Before, “if there were situations where if there was something threatening, I would of course stay and be like yeah, bring it. Now I’m more apt to say you guys take this one. I’m going to, go sit in the TAPS van. It’s better safe than sorry”.

When the TAPS team found out about Bruni’s pregnancy, she said they were very over protective of her. She said “they are like the best band of brothers you could have…this child is going to have six uncles they never bargained for”.