Bringing it Down & Up on AMERICA’S GOT TALENT Finals Recap 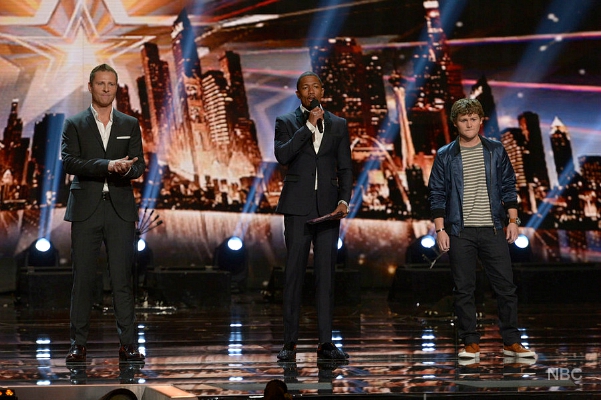 The season 10 finale night of “America’s Got Talent” was a celebration of the remaining ten acts as they performed once more on the Radio City Music Hall stage. The night also included some guests who plugged their upcoming TV specials such as Mat Franco, and Jeff Ross. Penn & Teller were included in that line-up who currently have their own show in Las Vegas.

The Craiglewis band sang U2’s “I Want to Know What Love Is” with Yolanda Adams and a Selected of God choir which resulted in the judges giving them a standing ovation.

Oz Pearlman opened duo act Derek Hughes and returning champ Mat Franco which parlayed into a third act featuring Piff the Magic Dragon with Penn & Teller. Oz fabricated an imaginary card that was thought of by Heidi. He then stated that he’s a mentalist who just did a magic trick to introduce two magicians Mat Franco and Derek Hughes by saying their magicians who will do mentalist tricks. Their act ended with Derek selected a card that Mat did NOT predict. So, Mat made it change into that card because he’s a magician, not a mentalist!

Freelusion came back to dance with Uzeyer against an animated projected background which gave him fake ladders to climb. Most likely due to his injury preventing him to climb ladders for a bit.

Howard said it’s his last season and it’s been a joy working with host Nick Cannon. It was followed by a montage clips from this season of Nick Cannon helping contestants with their acts. We were reminded of some really outlandish acts such as: the Professional Hugger, Gem City Jewels, Shirley Clair, the kiss therapist, and many more.

Next, comedians Drew Lynch and Gary Vider to roast each other. When Howie pointed out that they were being way too nice to each other, he brought-out Jeff Ross.

Penn & Teller and The Professional Regurgitator with a coin and fish trick. Penn & Teller turned some coins tossed into a jar of water into gold fish. Stevie swallowed a fish, and a film canister and lid separately and somehow placed the fish inside of the canister and placed the lid onto it in his stomach and brought it back up!

A clever sketch had Jerry Springer counseling AGT rejected contestants. They included this season and past with: Triple Threat, The Levitator, The best part was when Juan Carlos came skating in at the end!

The first act eliminated of the night was Derek Hughes. He was up against Oz Pearlman who was officially announced as the first act as part of the Top 5. Next, Gary Vider and Drew Lynch. Drew won out against Gary!

The toughest round-out of the night was when Paul Zerdin went against Piff the Magic Dragon. Both of these acts deserved to win the Vegas show and it was upsetting to think either one of them would be leaving. Host Nick Cannon announced that the fifth spot was won by Paul Zerdin.

After the commercial break, host Nick announced the first act to leave the competition. Unfortunately, it was The CraigLewis Band, then The Professional Regurgitator who made their exits from AGT. The last three acts remaining were Oz Pearlman, Drew Lynch, and Paul Zerdin. Then, we lost Oz Pearlman! What?! The judges were floored!

Before he left the stage, Howie gave some words of encouragement to Oz “only one person can win and you’ve been a victim of that.”

The last two acts left were Drew Lynch and Paul Zerdin. Nick stated that there was only a 1% difference in the voting between Drew and Paul for the win! The winner was Paul Zerdin. 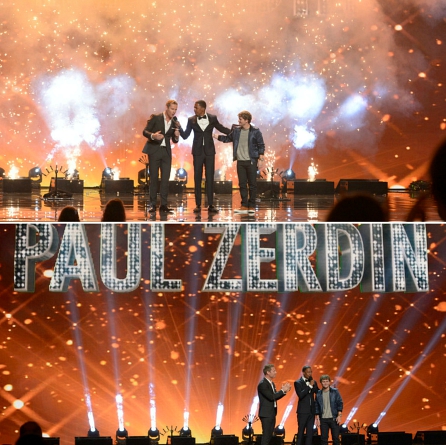