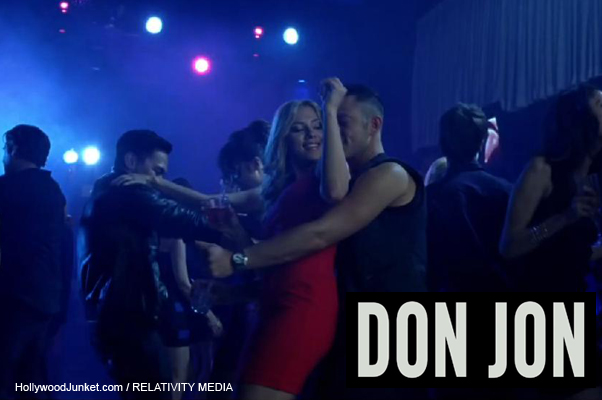 “Don Jon” is a very funny movie that provides a fresh take on the romantic comedy genre. One that both males and females can enjoy equally. The film’s title character Don Jon is played by Joseph Gordon-Levitt. Joseph, known for lead roles in films such as “500 Days of Summer” and “50/50,” also wrote the feature and made his directorial debut as well. Most can’t execute any of these jobs properly but “Joe Go” (we have to give Joseph a cool nickname Hollywood. I’m running with this) made all three seem relatively easy.

Over the course of Joseph Gordon-Levitt’s career he has had the privilege of working for the very best writers and directors including Christopher Nolan and Steven Spielberg. Obviously the young man was taking notes. This movie, which runs a very quick 90 minutes, is excellent and to the point. It also provides a great look at modern day relationships and shows women how some men think while providing logic to some of the expectations women have for men. It does so in a hilarious way without being preachy or cliche. It might even make younger couples think about how they let the media (whether it be a rom-com for females or porn for men) tell them what is a “great relationship” or a perfect person of the opposite sex.

The chemistry between Joe and Scarlett provide the heartbeat for most of this film. The chemistry is so good that the two are able to pull off scenes that could be very awful or awkward and make them both hot and hilarious. For example at the beginning of their relationship Barbara still won’t have sex with Don Jon so the too make out and dry hump outside of her apartment and Barbara says and does everything it takes to make Don orgasm while they are both fully closed. Then she kisses him goodnight and leaves him standing their satisfied yet sticky. It could’ve came across very “American Pie” ( a movie I love by the way) but instead it felt a little deeper because of the two actors and the writing.

Don Jon’s parents are Jon Martello Sr. and Angela Martello played by Tony Danza and Glenne Headly. They did a wonderful job and Tony Danza (why don’t we see more of him in major films?!?) provided some of the biggest laughs in the movie. Don Jon’s sister Monica (Brie Larson) went about 80% of the movie without saying a word and was still provided laughs. Also Rob Brown’s performance as the best friend stood out and really helped to ground the movie. Saving one of the best to ever do it for last the amazing Julianne Moore plays a character named Ester that could easily be seen as not very realistic or just come across wrong if played by anyone other than herself. Can’t say too much about Esther without spoiling the movie but Julianne Moore does not disappoint. (Has she ever?!?)

In case you haven’t noticed yet I definitely recommend going to see this movie. “Joe Go” manages to turn all of the small moments in our lives into big laughs. I look forward to seeing what he comes up with next. We may have a young Ron Howard here. Yep! I said it!