Tons of ‘Horromedy’ in THE VISIT Movie Review 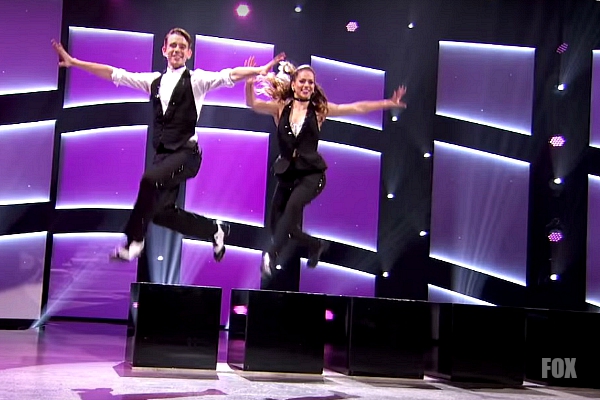 Last week on FOX’s “So You Think You Can Dance” the remaining top four dancers, two from Team Street – Virgil Gadson & Jaja Vankova and two from Team Stage – Hailee Payne & Gaby Diaz celebrated their craft by showcasing dances in their own styles and treating us with other styles out of their comfort zones. Hailee did a fierce Hip-Hip number with Jaja then a LGBT contemporary one with Gaby choreographed by Travis Wall who, in our interview stated it reflected when he came out of the closet and inspiring people to embrace uniqueness. Hailee then danced he own style in a Broadway number with Virgil and a jazz piece with All-Star Marko Germar. Next, tap-dancer Gaby stole the night away by standing out in more than one routine. She did a lyrical hip-hop number with Virgil, and the memorable contemporary dance with Hailee which was the stand-out of the night for most viewers, and an earlier jazz routine with Jaja. But, Gaby really brought it when she reminded us her genius when she taped danced on top of boxes with All-Star from season 11, Zack Everhart, also a tap dancer when they closed the show.

Zack Everhart talks about his tap number with Gaby: Street dancer Jaja never fails and always comes through on any style dance that is thrown at her. She first killed it in a hip-hop dance with Hailee, then another one with All-Star Cyrus Spencer which was a follow-up of what he did with Twitch years ago, although judge Nigel Lythgoe was less then impressed stating, “it wasn’t the follow-up I wanted”, and “it wasn’t strong enough”. Audiences audibly disagreed. Virgil’s first routine of the night was with stage dancer Gaby when they danced a lyrical hip-hop number. He then did two stage pieces – a contemporary one with other street dancer Jaja, and Broadway with Hailee. He “knocked it out of the park” as judge Paula Abdul stated in our post show interview, in his hip-hop routine with All-Star Joshua Allen choreographed by Pharside & Phoenix. The judges were so enthusiastic about this piece, Nigel had to get-up and dance himself from the panel, then continued to talk about it in the post show interviews. Paula Abdul talks about her two favorites of the night: Click the image below to find out See more!