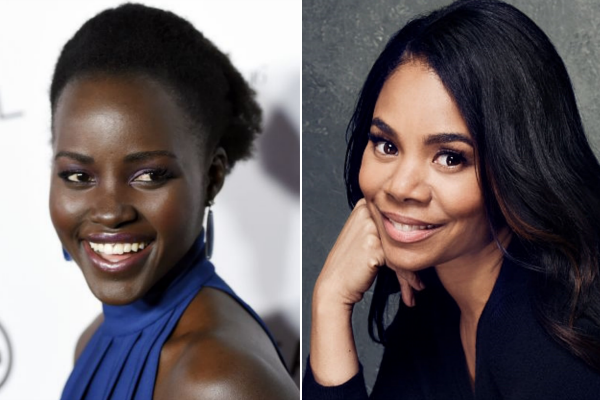 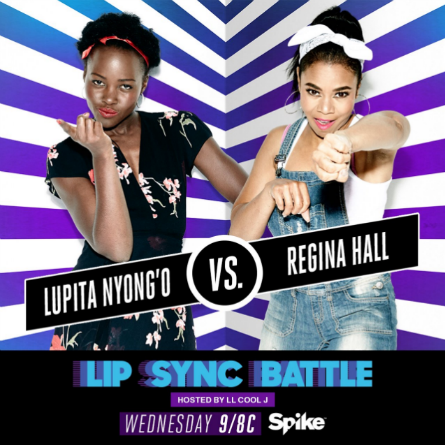 It was the second show filming of the night and no one was quite prepared just how down Oscar winning actress Lupita was capable of getting! Both battles were tremendous, but hers was a show-stopper. Also, host Chrissy Teigen had too much fun in her sexy, black cat suit.

For the first performance of the night, Lupita came out lip-singing to a Spanish version of an Enrique Iglesias song. She explained to host L.L. Cool J. that she grew-up in Mexico and is fluent in Spanish. Hall rivaled her with a not as impressive performance. 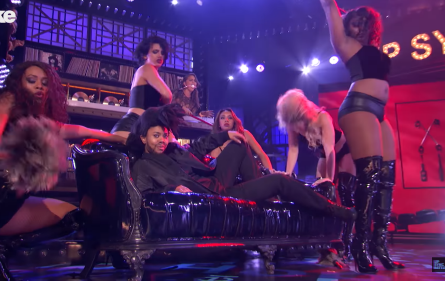 Pictured: Regina Hall as The Weeknd

The two women’s second battle was one for the books! Hall performed first as “The Weeknd” equipped with a wig that mirrored his signature dreadlocks (now since cut) and all performing with a S&M backdrop and costumed dancers. Then, Lupita got wild with a super sexed-up performance with scantily clad male dancers dressed as firemen. Host Chrissy Teigen got in on the fun on this as well at her station. 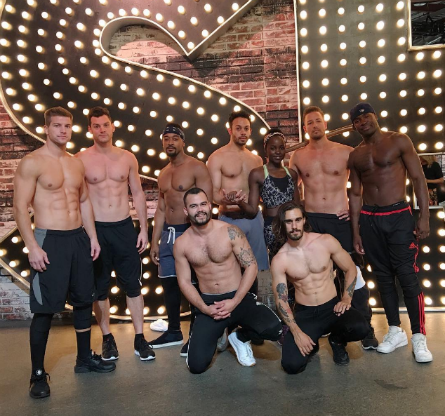 However Teigen’s fun cost her. As she was getting ready to give the “Lip Sync Battle” winner her belt, she got in trouble with John Legend who came on stage to say some private words to her after her blatant flirtations with the male dancers. “I have a pass on fire-men…and Magic Mike dancers” Teigen had stated earlier to L.L. Cool J. It seemed to work-out since one of the dancers was announced as being added to the Magic Mike stripper tour. After Legend left the stage, Teigen explained with a sad face “John’s mad.”

SNEAK-PEEK:
One battle I was really looking forward to was “Pitch Perfect”s Skylar Astin for obvious reasons. He went up against L.A. Lakers player Metta World Peace. Metta went first with song “Insane in the Membrane”, and Skylar mouthed to a Justin Bieber song. Afterwards, Metta commented to Skylar that it wasn’t fair he chose a Bieber song because most of the audience was around 18-years-old. Side note: They really weren’t!