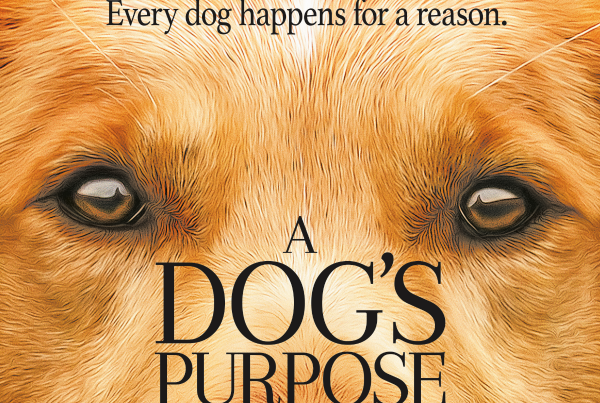 If you’re a person who currently has or ever had a close connection with a canine, “A Dog’s Purpose” will serve as a validation of feelings. For those who have ever seriously wanted to know what dogs are thinking, this movie won’t have those answers.

“A Dog’s Purpose”, based on a 2010 novel written by American humorist W. Bruce Cameron, is directed by Lasse Hallström. The movie follows the spirit of a dog throughout several of its reincarnated dog lives. It shows audiences a take on a male dog’s journey from his point-of-view of his multiple lives with different human owners. It seems to be from a human’s view of what one may think dogs are thinking. The only physical form this male spirit inhabits is that of a dog. Those various dogs include a German Shepard, Golden Retriever, Saint Bernard.

Although the dog spirit interacts with other animals, the only voice we hear is what this dog is thinking and never what the other animals, such as dogs, cats, and a donkey or “dog horse” are thinking or what messages they are relaying to him.

Though not the first life, the one that resonated with this dog spirit the most was that of the Golden Retriever where he was rescued from a heated car by a mother and her son named Ethan. Ethan (played by Bryce Gheisar, then K.J. Apa, and later Dennis Quaid) was the first human to form a close bond with him and named him Bailey (voiced by actor Josh Gad). A name that stuck with this dog spirit until the very end. 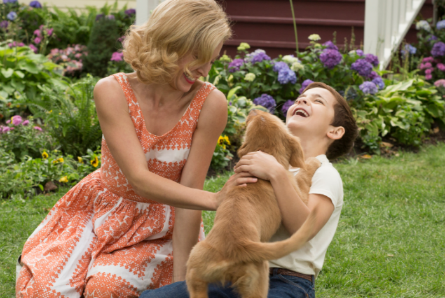 However, just because Bailey is a dog, doesn’t mean he doesn’t have the most important philosophical question and yearning that all humans have. That is “what is my purpose”. He seeks this answer throughout all of his travels in each life. Yet, ending-up unfulfilled which results in another attempt to start all over and do it all again in different dog bodies (one female) with different human owners.

One of his “best lives” was as a smaller mixed breed dog that was added into the movie that was not in the book. It was a life where he was owned by a young college female which ended with him being part of her ever growing family made-up of a husband and kids. Bailey was still left wondering, what his purpose was. Was it to serve and be the center of attention for the children? Or, was it to cater to the other family dog “Roxy”? 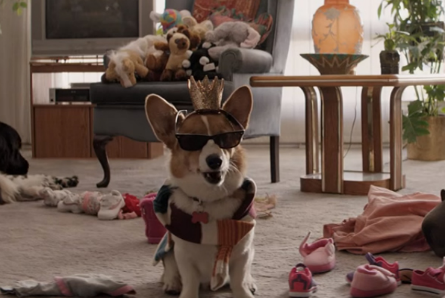 Try, try again… and Bailey ends-up with a un-desired life as a Saint Bernard being chained outside to a tree of a dilapidated house with a junkyard. This unsuspecting and very sad life for not just a dog, but any soul eventually takes a turn for the better when Bailey is let go by his owner. His inquisitive and venturous spirit leads him back to familiar territory where his internal need to find his purpose is resolved. Thus, ending his ongoing life quest once and for all. 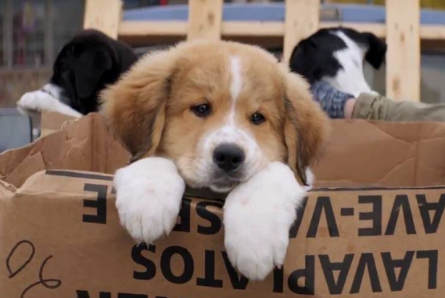 Aside from the controversial behind-the-scenes footage that was leaked of a German Shepard being forced into a simulated raging river water tank for the filming of a scene, “A Dog’s Purpose” movie is overwhelmed with a lot of downer scenes as Bailey has to die every 40 minutes or so in order to discover his purpose. It’s doubtful that this film will be raved as a “must see” due to the abundance of emotional string-pulling that makes up much of the film.

FREE Calendar GIVEAWAY! For a chance to win a free “A Dog’s Purpose” Calendar, Tweet @HollywoodJunket a photo of your dog’s cutest moment with hashtag #ADogsPurposeCalendar 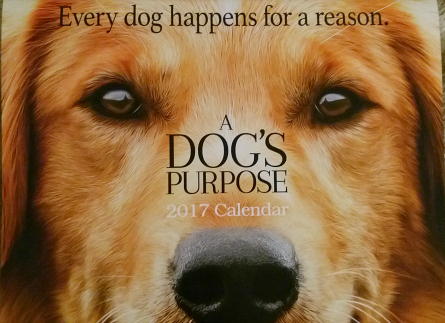