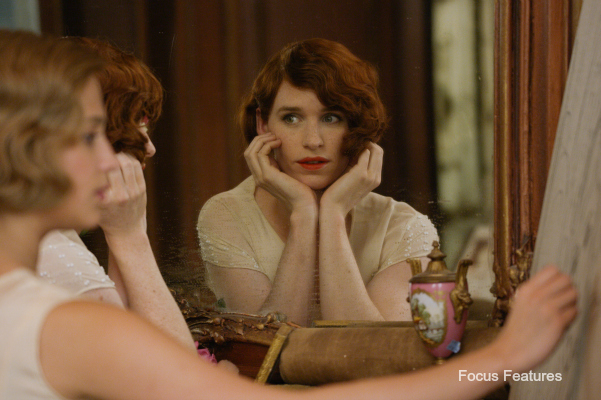 At a recent Questions and Answers session for “The Danish Girl”, Director Tom Hooper was joined by producer Gail Mutrux and lead actor Eddie Redmayne to talk about the making of the movie. 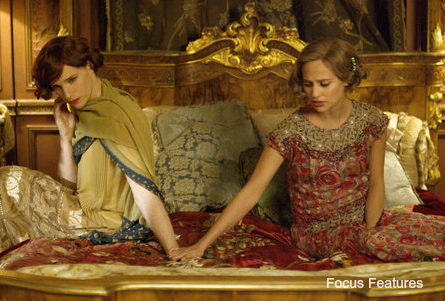 The story of “The Danish Girl” takes place in the 1920s at a time when “transgender” was a word not in existence yet let alone a known condition that some people are born with – a mismatched gender body. The battle between body and soul is an ongoing struggle for those who experience this until, through surgery, their bodies are properly reassigned to the sex that they were internally born to be. “The Danish Girl” explores this struggle of one gifted and successful artist, Einar Wegener (portrayed by Oscar winning actor Eddie Redmayne).

Einar is married to another talented artist, Gerda Wegener (Alicia Vikander) whose struggle is to make a name for herself in the art world. Things don’t start to turn around for Gerda until she suggests to Einar that he dress-up as a woman to pretend to be his own cousin at an art opening because he hates attending them himself. Here is where Einar’s feminine side is named “Lili”. This turning point for Einar also becomes one for Gerda after she paints Lili and receives rave reviews for the work.

Producer Gail Mutrux said “The Danish Girl” is a “singular love story between two artists…by painting Lili, she becomes a successful artist.” The filmmakers said that it took fifteen years to get someone to say yes to making the movie. Director Tom Hooper was with the project for seven years when he got on board in 2008 and he fell in love with the script. The film kept one writer for the whole movie. The actors had ideas. But, in 2007 when every time they compared Hooper’s ideas for revisions, “the script was good”, said Hooper and he didn’t make changes.

Lead actor Eddie Redmayne was making “Les Misérables” when he got the script for “The Danish Girl.” He was blown away with the incredible love story and wanted to make it right away. But then he was told that it had been shopped around for twelve years with no luck and that it probably wouldn’t get made. Redmayne began preparation for it anyway while he was working on “Les Miserables.”

Actor Eddie Redmayne talks about his transgender research for "The Danish Girl".

Hooper said he did full-scale rehearsals in chronological order with the actors in preparation for the shooting of the movie. As part of his research, Redmayne met transgender women and their partners during the filming of his Oscar winning role in the film “The Theory of Everything.”

A transgender woman that Redmayne met during his research described a common occurrence in transgender men called “hyper-feminism” which is the over usage of makeup and feminine clothing during the early stages of transitioning. It’s the same as when a little girl does this in her early stages of becoming a young woman. Redmayne said “heavier makeup and wardrobe” were displayed on Lili in the beginning of her transitioning, which later became softer.

Mutrux stated that the nicest surprise from the movie is “I cried…I’ve been part of the post schedule. At Venice, it got such a good response I cried.” Hooper got together with with the writer of Amazon original show “Transparent”. People from that (transgender) community said they never thought there would be a world where they’d be invited into the White House. Obama was the first president of the United States to address transgender.

Hooper said there is a best version of ourselves or the true version of ourselves. There’s not a more profound gift for a person. With the characters of Lili and Gerda, “Lili emerged in a world where their extraordinary space opened-up with their love.”

Hooper stated, “If we’re lucky enough to be seen by one person in our lives, we have a chance of improving ourselves.”

“The Danish Girl” is currently playing in theaters nationwide.