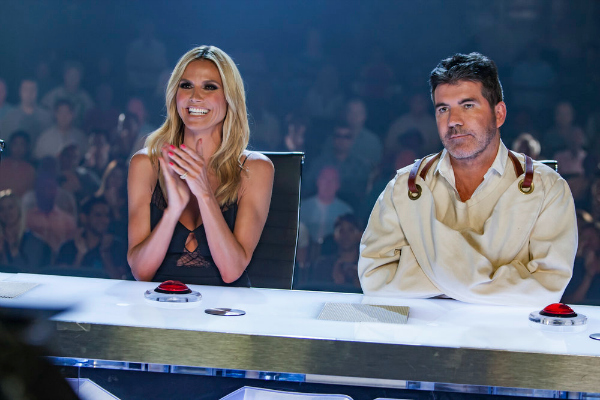 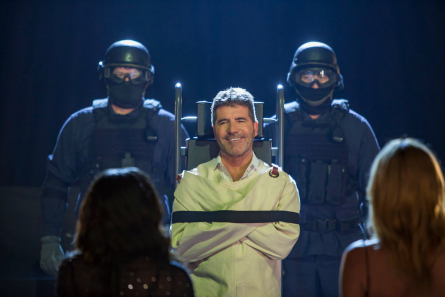 Hollywood Junket got a sneak-peek of the AGT season 11’s auditions which taped in Pasadena, Ca at the Pasadena Civic Center. Judges saw the usual wide range of talent acts from contestants, some of which were questionable. One contestant’s act included a whip chain, while another one had a real unique talent that motivated Simon to say it was the best act so far.

Will audiences of AGT this season see the same snarky Simon remarks that made him a household name from his days of judging the first few seasons of “American Idol”? Keep reading all the judges remarks from the acts below and you be the judge!

“The Five Browns” are made-up of brothers and sisters in their 30s. They all play their own pianos together at the same time and started playing at the age of three. They said their dream is to introduce classical music to as many people as possible. When the judges didn’t seem that excited about their act, they asked “how many people do you know that play classical music on five pianos at the same time?”

Simon was the first to react. He said it was “clever, but terrifying at the same time. He stated “it made me feel mad. There’s a reason why we normally only have one piano player.” He also found it “a little bit boring.” Mel B. said “I didn’t feel like there were five people playing the piano. You have to find something new and unique.”

“A beautiful distraction.” – Mel B.

The next act was a comedian from New York that included his baby in his act. They are called “Elle & Dave.” His shtick is that he couldn’t find a babysitter. His act ended-up being very funny. Howie Mandel responded that Dave’s act was memorable. Heidi thought he was hilarious and said she can relate. Simon said Elle should do the act and Dave can stay at home! Simon still voted “no”. Mel B. really like the act and called it “a beautiful distraction.”

Emily is a singer from Ann Arbor. She’s a student that sings in one note called “overtone singing”. That note was the most annoying and strangest sound that filled-up the auditorium. She holds one note herself, then three octaves above. Howie said as far as overtone singing goes, she’s in the top 8. Mel B. never wants to hear it again and has never heard of overtone singing. Simon told Emily “I think you’re nuts.” 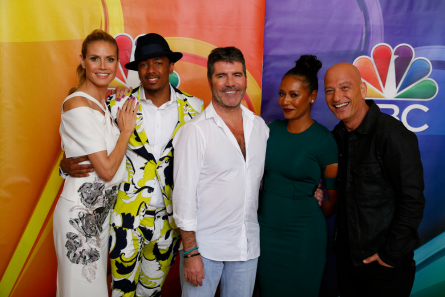 Cheyenne is a fourteen-year old girl singer from Kentucky who is voice-coached by her Dad. She sang “Who’s Loving You” by The Jackson 5. Then she sang “Diamonds” by Rihanna acoustically per Simon’s request. Simon told Cheyenne that she’s talented but still has a lot of work. His comment got booed by the audience. Mel B. agreed with Simon and said “it’s all about the technique,” and has got a bit of work to be done. But, Cheyenne is “brilliant.” Howie thought she was “spectacular.”

Rose was born in China and now lives in Arizona. Her only talent seemed to be hating Mel B. Rose brought-out life sized card board cut-out standees of all the AGT judges. But, the only cardboard judge that got knocked to the ground by her using a whip chain was Mel B. She got “X”ed by the judges. Heidi said it looked “messy” and was all over the place. Simon didn’t understand what the act was.

“This is the best act we’ve seen so far.” – Simon Cowell

Cody Carter is a fourteen year old baton twirler. His goal is to twirl for Cirque du Soleil. “Cody the Twirler” received a standing ovation from Heidi and Mel B. “That really made me happy. Great audition,” said Mel B. Howie wanted the music he twirled to (which was classic show boat music) to be more current to make it seem less “campy” and old fashioned. Heidi thought it was extraordinary twirling and it blew her mind. Simon said “this is the best act we’ve seen so far.” Simon went on to say the act had “flair” and charisma. “I think your dream will come true,” said Simon. Mel B. suggested to Cody that she’d like to see him perform in black-light next time.