Jaleel White TOTAL BLACKOUT Host Tells Us What Scares Him!

Jaleel White TOTAL BLACKOUT Host Tells Us What Scares Him! 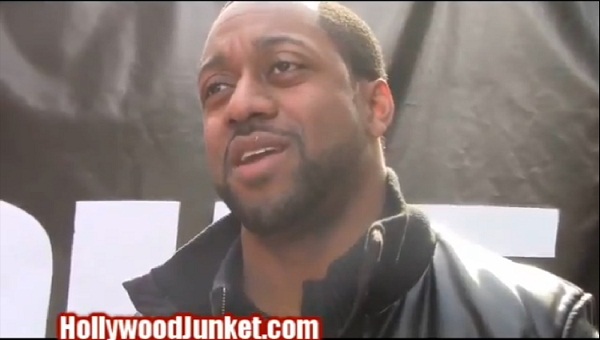 Syfy’s game show in complete darkness, “Total Blackout” returns Tuesday, January 15th. HOLLYWOOD JUNKET got a chance to catch up with the host Jaleel White at a special live version of the game played at The Grove outdoor mall in Los Angeles, Ca this weekend.

Our host Jaclyn Ashley asked White who makes the best “Total Blackout” contestants- those that are scared of everything, or those that have no fear? White responded, “The best contestants are people who tell us they have no fear and they get in there and discover they’re scared of everything.” There is a contestant out there that say “I got all this figured out. As soon as those lights go out, they just start making a lot of little girlie noises.”

Live Cube Set-Up vs. Playing the Game For Real –
Although White stated that the darkness of the live cube set up is comparable to the darkness on the sound stage where the show is filmed, he said that they were being nice to the folks going through the cube because they are nice Grove shoppers and joked that the legal department is not letting Syfy go at them too hard [with the types of games] and said that they are getting “a small taste of what the show actually is.”

Who Gets Scared More, Men or Women?
“It’s right down the middle. It really is. Everybody has a specific threshold they reach, and cross that, guy or girl – they’re going down.” 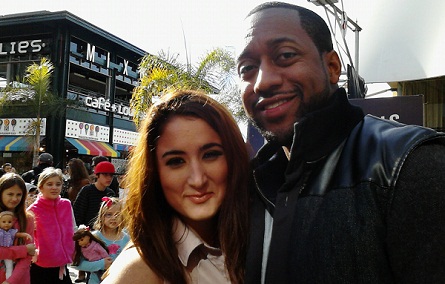 New Challenges:
Two of the challenges that were set-up for fans to experience at the mobile “Total Blackout” cube were “Face Off” and “Walk the Line.” So, we asked White what new challenges can we expect to see this season. White said, “There’s definitely going to be some new challenges. We got one called Mouse Traps. It’s really cool. You have to walk a maze that’s lined with mouse traps bare foot. We also have one where we put these donuts on a conveyer belt and you have to guess what’s inside the donuts. We have an unlimited number of games we can play.” White affirms that they aren’t going to run out of games just like they aren’t going to run out of “scared people.”

Watch the full interview below:

What Freaks Jaleel White Out the Most?
“When they start getting into the rats and tail territory I’m just like , Ahhh, Ummm…Ewe..(disgusted facial expression).”

How to apply to be on TOTAL BLACKOUT!

Jaleel White on De’Borah from “The Voice” –
De’Borah dressed as Jaleel White’s famously played fictional character Steve Urkel from the 1990’s sitcom “Family Matters.” When people are still talking about this character and dress like him, we asked what his take is on it. White stated, “It’s iconic. It’s funny to me to look back on it. I feel like I’m looking back on it in the third person. It’s like people talking about home runs that you hit in high school…I love it. It’s flattering. Especially around Halloween, I get some great twins.”

White finished his visit at the Syfy’s “Total Blackout” mock game cube by being a guest host of the event, then meeting and signing fan autographs and taking photos.