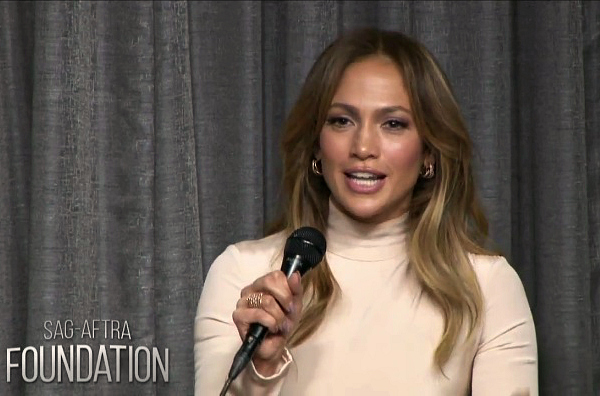 Fresh off of FOX’s hit singing competition show, “American Idol”, where she was a judge, Jennifer Lopez sat down for a one-on-one interview with Variety’s Debra Birnbaum courtesy of the Screen Actors Guild Foundation, to discuss her career in acting and music.

Lopez revealed some of the moments in her career that have made her uber successful along with an acting role that she regretted turning-down. She also talked about how she was sexually harassed once by a big director before she became a mega star.

WHY SHE CHOSE SHADES OF BLUE:

Shades came to her to produce through her producing partner. Lopez stated she “took to it right away” because it felt very “Mafia” to her. Also, the fact that it takes place in New York was also appealing to her.

It took two and a half years before they started shooting principle photography on “Shades of Blue”.

Lopez’s character “Harley” she said is “so far from who I am in many ways.” She said she finds her way into the character based on the things that she knows for instance as a parent – to protect her child like Harley.

Lopez stated on being an actor, it’s about inhabiting that mind-set and “knowing that each moment is true to you and making it true.” She said at the end of the day, Harley is a good person at the core, as a lot of the characters. It’s very human. “I think people are interested in the show because people understand it.”

Lopez stated “thank God for television right now” and considers it the Golden Age of television. She said the best movies are on TV right now and TV gives women “a real opportunity to lead an ensemble and be part of a gritty story” and be a character that isn’t the likable ‘girl next door.’

Barry Levinson directed the first two episodes of “Shades of Blue” and is also one of the executive producers. She said “there’s directors and then there’s directors who get it right over and over for a reason.” Lopez said her and Levinson work great together and they understood each other, being on the same page with what the story is about.

“They’re never going to let you do too much because they need you.” – Jennifer Lopez

Lopez’s boxing days go way back to “Money Train”. When Levinson saw her boxing, he decided to shoot it for two hours and made it a bigger part of the opening scene in the pilot episode. As for stunts, Lopez advises young actors NOT to do all of their own stunts because it takes a toll on the body over time. “Let the stunt men do his job. He loves it. Let’s watch! It will be fun.”

One of the most challenging things playing Harley for Lopez is having to navigate her character’s lies and figuring out how to play each scene. “There’s so many parts. I have to think about how to play her, how to play the scene.” She said ultimately “you make a choice and you go with it and you stick with it. You make it in the hopes that it’s servicing the bigger picture.”

Because she said she’s played a cop like ten times, Lopez “felt very comfortable in this world when I got here.” She also points out that this piece isn’t so much about being a cop. It’s about human nature and the things that we’ll do to survive and how good people can do questionable things and unimaginable things.”

She said it never ceases to amaze her how taxing it is to be the lead in a series. “It’s also the emotion of it.” Lopez compares it to like being on a roller-coaster. 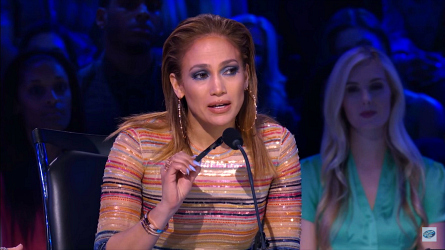 “Shows like that come around once in a life-time.” – Jennifer Lopez

She said she had to learn how to meditate when she started doing Shades’. Lopez admits that acting in Shades’, preparing her Vegas show, along with Idol and the American Music Awards was overwhelming for the first time in her life. She said it got like “wow, you did too much! I don’t mind working hard, that’s just where I come from.” But, it was three amazing opportunities. She said she could have passed on ‘Idol, but didn’t want to.

Lopez signed-on to be a judge on American Idol for one year, which turned into five years. She said it was amazing to be part of the show’s series final season and “shows like that come around once in a life-time.”

“I love music. I started in musical theatre. We never get to talk about it. Nobody wants to talk about the music where it comes from or how you do it, what it takes to perform.” She said it was great to share her experience on ‘Idol with young singers. “It was amazing to be part of the actual last season and say a nice goodbye to it. It had millions and millions of viewers. It went out in a nice way and I was honored to be part of that,” said Lopez.

On Idol returning – Lopez stated, “There’s rumors of that. You never know.” She said she did get a real joy out of sharing what she knows and what she’s learned.

Her mom loved musicals and was a big fan of Natalie Wood. Lopez said they watched “West Side Story” way too much. Would she ever star in a live version of “West Side Story”? Lopez replied “don’t think it hasn’t came up!” She has thought about it and would want to play “Anita” (originally played by Rita Moreno). Lopez said because Maria doesn’t even dance..”boring!”

As she got into her teen years, Lopez realized that being in the Bronx was a far cry from Hollywood. Lopez traveled to New York to be proactive in getting into the dance and acting scenes. She made her first album at age 28. Lopez credits dancing on “In Living Color” first before acting as her first big break. As for acting, Lopez said it was the movie “Selena” when her career really took off.

Lopez included the creator of “In Living Color” Keenen Ivory Wayans” as being one of her mentors early in her career. She said he told her she was going to be a star and he attended her star on the Hollywood Walk of Fame ceremony.

Strong advice that she got from her mom early on, included “what’s meant for you nobody can take it away. What’s not for you is not for you.” She credits her mom for making her “tough and soft.”

Lopez responded on the topic of facing sexism in her career “men are men and women are women. There’s no getting around that. We just have to always try to make it better.” She said this includes demanding respect and “not giving up our power.”

Lopez recounts once in a big movie where she had the only lead woman role in the movie, the director asked to see her “tits.” She refused to let him see her. She said later on the set he apologized after realizing that she’s a great actress. Lopez said women must show that they are worth it and that they bring something to the table that no one else can bring.

WORK MOST PROUD OF:

“I turned down “Unfaithful” which was stupid,.” – Jennifer Lopez

At the moment I was very proud of “Selena”, “Out of Sight”, and her romantic comedies including “Maid in Manhattan.” Lopez stated that she’s never been the most picky at choosing her roles and wishes that she was more selective, “but then again there’s nothing that I did that I would undo too.” She said she felt very thankful to be working. However, regretted turning down one particular movie. “I turned down “Unfaithful” which was stupid,” she followed this with laughter.

“Now, I just want to be part of really great stuff.” Lopez said after this past year where she over-exerted herself, she wants to make sure she never does that to herself again. She said now with kids, she has to be more selective and wants to spend time doing projects that warm her heart such as ‘Idol and “something that matters.” 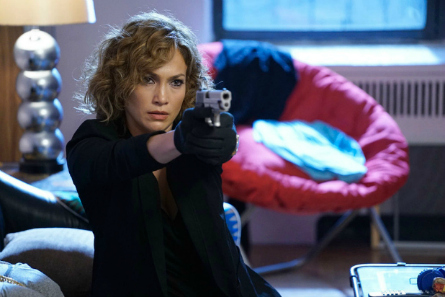 Lopez said season 2 will be very exciting. “The tight-rope walk continues for all of them and the stakes are higher.” She said Harley is now different because she’s crossed that line and she’s killed someone. “It’s going to be intense as the first season. Probably more.”