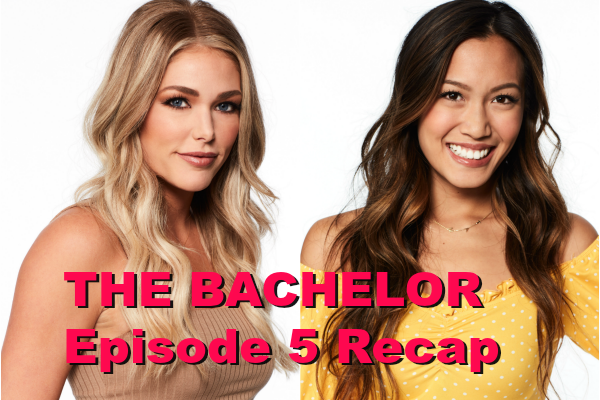 ABC’s “The Bachelor” was extra stacked this week with the drama resulting in a three-hour-long episode. Viewers won’t have to wait a full week for the next episode because it will air this Wednesday. “The Bachelor” was continued from last week that ended before the Cocktail Party and Rose Ceremony.  Thus, we got two of those in this episode. The women had some serious Alayah drama to deal with.

Last week was the return of the villain in the house – Alayah when Peter gave her the Group Date rose to give her a second chance.  The other women were upset and let Peter know!  Victoria P. said Peter is “under Alayah’s spell.”

Alayah’s number one nemesis – Sydney told her she needs to be honest and “just leave.”   Sydney stated in her confessional that if he wants Alayah, then he doesn’t want her.  “I don’t know if he’s ready for a Sydney if he’s ready for an Alayah.”  Then Peter pulled Alayah into a private room for an emotional chat.  He felt with “all the drama” it was a little bit too much and didn’t want to put her through it.  He told her ‘goodbye’ for a second time.

After Peter let Alayah go, he went to talk to the girls and pulled Natasha to the side first.  He apologized to her for putting her and the girls through a couple of days in a “toxic house.”   He said he deserved “to be called out.  I messed up.”  He then proceeded to call each woman in for a private one-on-one chat after that.

Before going into the Rose Ceremony, Peter then announced to the group that he was really happy with all of them and “really hopeful.”

Peter announced that they’d be going to Costa Rica next to continue their dating adventures.

Peter’s first one-on-one date in Costa Rica was with Sydney.  They took a helicopter ride over the lush landscape of Costa Rica.   Upon landing, Peter gave her a piggy-back ride to a beautiful grassy spot where they drank wine.   After discovering each other backgrounds, they kissed and Peter told Sydney she’s the “best kisser.”  But, not to tell the other women!!

During dinner, Sydney told Peter that she was raised by a single mom and has seen her father only five times after he left.  Being of mixed race and growing-up in Alabama was hard and called high school “the worst years” of her life due to being picked-on.   Peter was amazed by her strength.   Peter reacted that “she’s a testament to a strong woman” which he said is what he’s looking for.  Peter told her she’s exactly what he’s looking for in a wife and gave her the date rose.

During their steamy make-out session in a hot, pool of water, Peter called it the “best date” with “the most beautiful girl.”

Back at the house:  Kelsey was off the rails crying while drinking and complaining about Peter dating other women.  Tammy said Peter would send Kelsey home if he saw how “crazy she is right now.”

Peter took the women on a group date where the girls got to do a swim wear photo shoot with a water fall as the backdrop.  It was for a fashion feature of Cosmopolitan’s March issue.  The magazine editor told them, “It’s about being bold and taking risks.  And opening-up who you are to the camera.”  She also announced that one winner would be featured on the cover with Peter.  The girls got to pick their own swim suits for the photo shoot from  a rack full of suits.

Victoria kissed Peter during their group photo shoot which won her the cover shoot with Peter.  The rest of the women were jealous.  Peter said the time that he spends with Victoria F., he enjoys every second and “it’s not enough.”

During the after party, Kelsey was still stressing over sharing Peter with the other girls.  Kelsey decided to tell Peter that she’s falling in love with him.  Next, Tammy told Peter that Kelsey was “emotionally unstable” because she was crying all day while he was on his one-on-one date with Sydney the day before.  This started more drama because Peter asked Kelsey about it, and she in turn tried to find out which of the girls told Peter.

Kelley got the second one-on-one date with Peter.  Their first stop was getting their energys cleansed by two shamans.  This required them to get half naked.

Back on his one-one-one date, Peter wasn’t sure about Kelley because he said he wants someone who wants him as badly as he wants her.  During dinner Peter brought-up with Kelley if she really “wants this” with him.  Basically, he tried to find out if her heart is in it.  Kelley told him she questioned where his head was at if he was “rewarding” drama with Alayah.   Ultimately, Peter told Kelley that he needs her to “trust in this process” and he knows it works, then handed her the date rose.

THE NEXT DAY: Kelsey got all dolled-up and took a walk over to Peter’s villa to try to set the record straight that she’s not a drunk and she’s there for him. Peter responded that he never doubted her and knows that she’s being “ostracized” by the other women. He liked that she came to him to “clarify things.” He then told her that he didn’t need to wait for the ceremony to know how he feels about her. So, he whipped-out a rose to give her right then and there. This might have been a ‘Bachelor first! However, that left Kelsey with a new problem, getting backlash from the women for going to see Peter in private and receiving a rose!

Sure enough, just Kelsey trying to explain to the girls why she was walking back into the house with that rose was a doozy. She looked like she was standing in front of a pack of wolves as she did her best lay out what happened. They all looked like they wanted to jump her.

As the women prepped to have a Cocktail Party, host Chris Harrison arrived to tell them that Peter was going right into the Rose Ceremony and skipping the party because he “got the clarity he needed” earlier that day. Everyone looked to Kelsey of course and questioned what she said to him. McKeanna flipped-out on Kelsey stating that she really needed that time with Peter. Everyone blamed Kelsey for Peter’s cancelling of the Cocktail Party. Until, Kelsey told them what Tammy said about her. Then, the blame was placed on Tammy.

McKeanna had a melt-down. And Tammy cracked during her confessional video stating that she waited her whole life to be there on the show, and thought that Peter would send her home.

The ladies saw that there were six roses on the table. McKenna was still worried that she might go home. After Peter’s arrival, Tammy called to talk to Peter in private. Before Tammy could finish, McKeanna interrupted to talk to Peter. The other ladies without roses were losing it because these two women decided to make their own Cocktail Party.

Before her exit, Shiann warned Peter that what he’s seeing in some of the women is not who they really are.

“The Bachelor” returns for another episode this Wednesday, February 5, 2020 on ABC network.