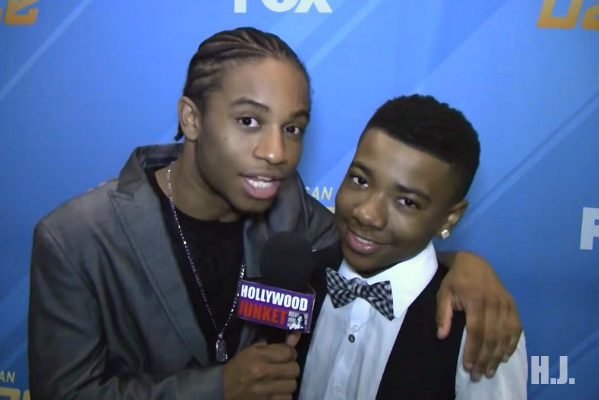 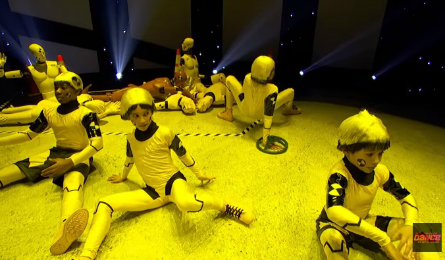 The Top 4 opened the show with a Crash Test Dummies theme by hip-hop choreographers Napoleon and Tabitha (NappyTabs). WATCH their interview about it below:

Some of the memorable routines are recapped below.

Tate & Jonathan danced Salsa choreographed by newcomer to SYTYCD Stephanie Stevenson. Jason deemed Tate as “the most versatile dancers on the show. Paula loved seeing Tate being challenged and connecting with the cameras and audience.

Paula complimented Kida on his “precise movements” and that it wasn’t an easy routine. Maddie told Kia “this is the reason why you’re in the Top 4.”

Jason loved that tap-dancer Emma went to a different style (contemporary) and “still shined.” Paula said she’s a breath of fresh air and is proud of her.

They were challenged with a Bollywood routine by Nakul Dev Mahajan. J.T. held-up with the dance beautifully. Jason told J.T. “keep re-inventing yourself. That’s the beauty of a pro. The sky’s the limit for you.”

“So You Think Think You Can Dance” opened it’s season 13 finale show with a number choreographed by Chris Scott and Jamal Sims. The judges each selected two of their favorite routines of the whole season. The first judges’ favorite of the night was Nigel’s pick – Kida’s choreographed robot routine with Fik-Shun. 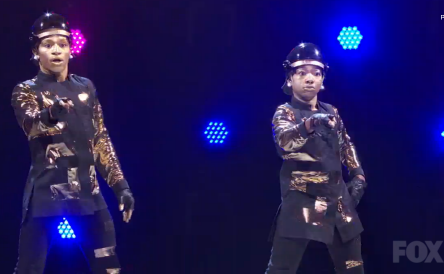 The first dancer that left the competition was sadly Emma Hellenkamp. The three dancers left were Tate, Kida, and J.T.

Jason’s second choice was a memorable hip-hop number by NappyTabs with Tahani and Comfort about a daughter and mother helping each other after their father/husband walked out on them. 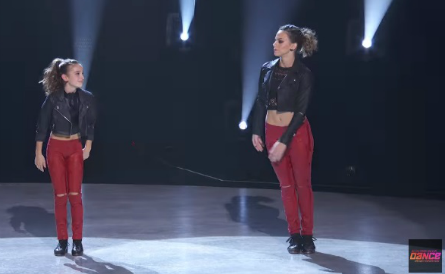 Emma returned to the stage to tap with Gaby to “We Will Rock You” song, a favorite selected by a judge.

The third favorite dancer was announced by host Cat Deeley as Tate McRae. J.T. and Kida remained as the Top 2. Her All-Star Kathryn said Tate “has stayed so true to herself throughout the process of this journey and that’s what I love about her the most.”

After Tate’s elimination, judge Maddie was overcome with emotion and was fighting back tears as she revealed her second favorite routine as a NappyTabs one danced by Tate and Kida. It was the “Turnip” dance. WATCH choreographer Tabitha (from NappyTabs) interview below:

On Kida, Nigel said he is “the least trained out of all the dancers here. Everything we threw at you, you grew. You richly deserve to be here. Whether we come back with Next Generation or adults, you set the bar very high.”

The winner was announced by Cat Deeley as Kida Burns.

WATCH Kida’s interview below after he won: