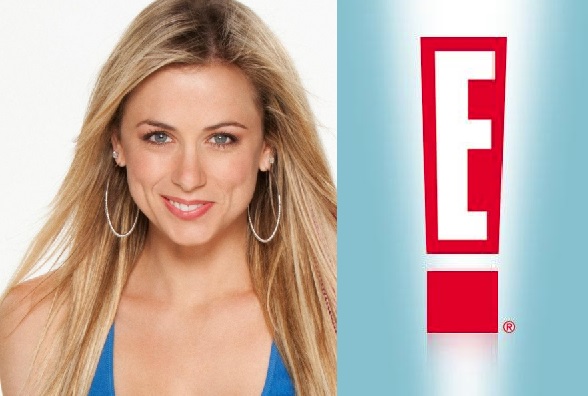 EXCLUSIVE! Set Report! Spoiler Alert!
“The Brutal Truth” is a new show that E! will be airing starring comedian, Iliza Shlesinger. Hollywood Junket reporter attended the pilot taping. Shlesinger won season six of “The Last Comic Standing.” The set is designed quite similar to “The Soup”, a popular E! show hosted by Joel McHale. Shlesinger stands in front of a green screen, discusses trending viral videos, celebrity tweets, and makes confessions about the awkward things she does in her personal life. 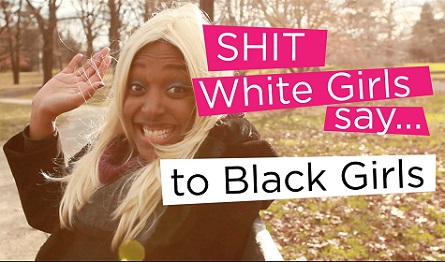 The pilot will also feature Franchesca Ramsey, a YouTuber that had a huge viral hit, with her video “Shit White Girls Say To Black Girls”. Ramsey contributes her opinions throughout the pilot, and acts as a sidekick. Ramsey’s video currently has over 10,000,000 hits, therefore she is familiar with the technique of how to score a viral hit. She sits behind a desk, and is seen throughout the pilot talking about some strange online videos. One of them was a commercial for a San Diego Real Estate agent, it was a horrible rap song, discussing why the housing market is beginning to boom again, and advertising his services.

During one section of the show, Shlesinger shows the audience a video of what people on Hollywood Blvd. search for in their phones. She went down Hollywood Blvd. asking walkers what they frequently search for on their mobile telephones. Most people said things such as directions, and airplane information, however when Shlesinger actually looked through their search history she found adult web content, and dating chat sites.

One of the best segments to her show is called “You Need To Stop!” Shlesinger goes through various celebrity stories, comments on them, and tells them “You Need To Stop!” The majority of these celebrities are the ones that the public is probably sick of hearing about, because they whine about problems like why they cannot lose weight, despite having an enormous amount of money, and a significant amount of time on their hands. 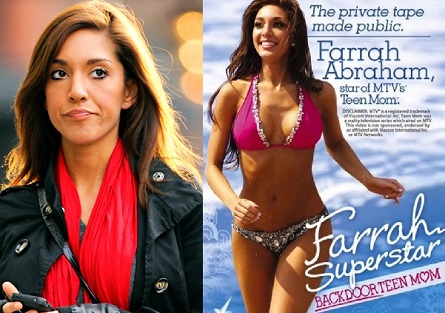 Also during the “You Need To Stop” segment Shlesinger criticized “Teen Mom” star Farrah Abraham. She showed a clip of Abraham on a red carpet telling a reporter that she plans on opening-up a restaurant. Iliza commented saying, “I have seen your butt-hole, I don’t want to eat your food.” She was referring to the Reality Star’s infamous sex tape which was released last month. It was called “Back Door Teen Mom”, and starred Adult Film star James Deen. Deen has received mainstream attention due to his young teen following on the social network Tumblr. He co-starred in “The Canyons” movie with Lindsay Lohan scheduled for a release date of August 9, 2013.

Another great segment on her show is “Tweet Now or Forever Hold Your Peace”. She goes through some ridiculous celebrity tweets, ones that offer incredibly stupid advice, or do not make any sense at all. In the pilot, she will be making fun of Nick Cannon’s tweet in regards to his financial advice. 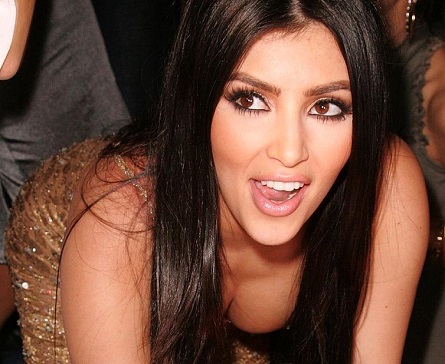 Offending comment made about Kim Kardashian (Pictured)- THE BRUTAL TRUTH.

“The Brutal Truth” includes a variety of interesting topics ranging from dumb celebrity tweets to hilarious YouTube videos, plus a great host. Audience members will find themselves easily entertained and tuning into to watch the sarcastic blonde criticize today’s popular celebrities.

– Written and reported by: Alyssa Davis