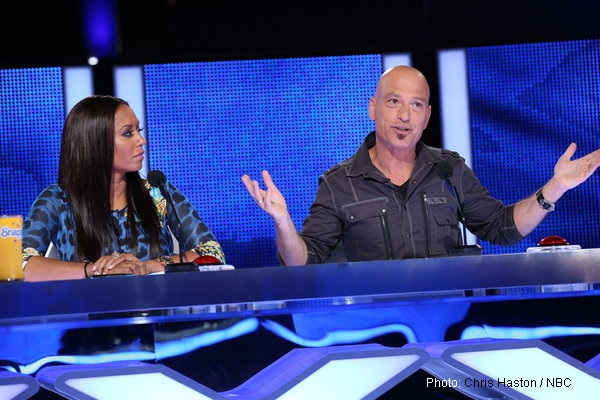 “I am a legend, I want to make you a legend.” – Howard Stern

At the opening of the second night of the “America’s Got Talent” (AGT) auditions in Las Vegas, Howard Stern said Vegas week is the most important week. It’s the last time the judges have control because after that, America decides. At the end of the show, judges Howie Mandel, Heidi Klum, Howard Stern, and Melanie Brown (Mel B.) made some decisions of who would be eliminated from the competition, and who would move on to the live shows in New York’s Radio City Music Hall. The choices were not easy, and Howard was especially opinionated and gave it to the contestants straight!

It’s the judges that decide who will fill the last spots at Radio City Music Hall. The first group of acts up on the stage were the Kids. 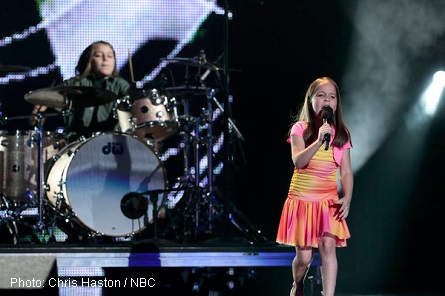 Chole Channell (11 years old)
Channell is a Country singer. She said that she wants to be on “America’s Got Talent” more than she wants to catch Red Snapper.

Genesis Nava
“I like singing more than I like One Direction”, said Genesis
Her Dad didn’t play on stage with her this time.

Ciana Pelekai
From Hawaii, she started singing when she was four years old
After her performance, Howard said, “She made me rethink everybody else.” Howie agreed and said, “She just made it a little tougher.”

R.J. Cantu
Made up of a girl and guy duo, he levitated her.
Howard was unimpressed, “That’s a trick I’ve seen a million times,” he reacted.

Naathan Phan
He displayed magic while telling jokes with cooking items and made some of them disappear!
Howard said, “I don’t know what the joke was but the magic was good.”

Collins Key
Key said, “I want to make magic cool, hip and fun for the young generation.” His trick showed an empty envelope that read “Collins Key” on the outside. He made page sixty from a Howie Mandel book rip out and go inside of the envelope. After his successful trick, Howie asked, “Did you consider something bigger?” Key responded, “I wanted to do something intimate and personal.” The judges were worried that a trick like that would not play well at Radio City Music Hall in front of an audience of 7000 people. 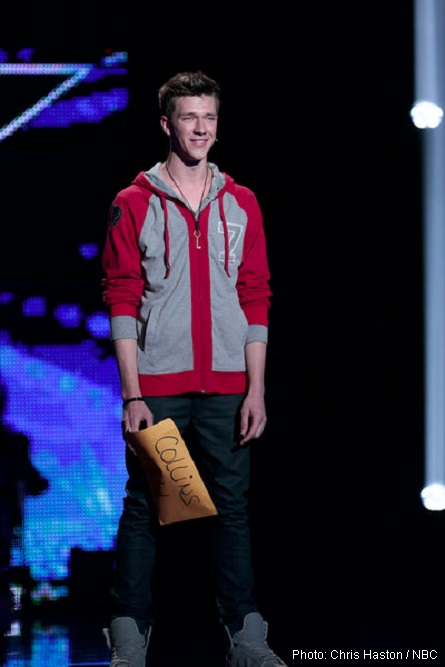 Ariann Black (45 years)
Before her auditions, Black stated, “It has been an extremely hard role” she said because magic is predominately male. After her trick, Heidi was confused and said, “I didn’t know what it was.” Black replied, that it was someone passing through her. After she left the stage, Heidi said, “She went through then got stuck in the side. I don’t know what the trick was.”

Illusionist Leon Etienne and Romy Low
After they performed, Howard said, “Magic is turning out to be our toughest category. Who can we send home?” Romy called-out Ariann because she slipped-up. 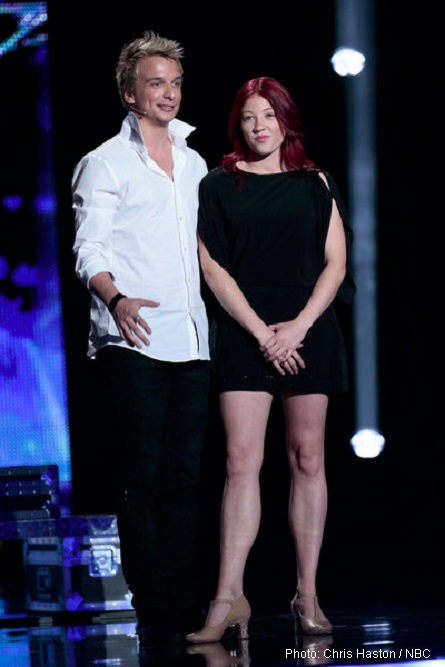 Special Head (28 years old)
“What I do is referred to by some people as levitation.” – Special Head

Watch Special Head as he defies gravity and levitates Here

Megan Piphus – Ventriloquist
“This is my last opportunity. My parents are pressuring me to enter law school,” Piphus said.
She gave a very nervous performance of the song “ABC” by the Jackson Five via her puppet. After her act, Heidi told her it was confusing to her because at times she didn’t know if she was suppose to be singing or if it was the puppet that was singing. 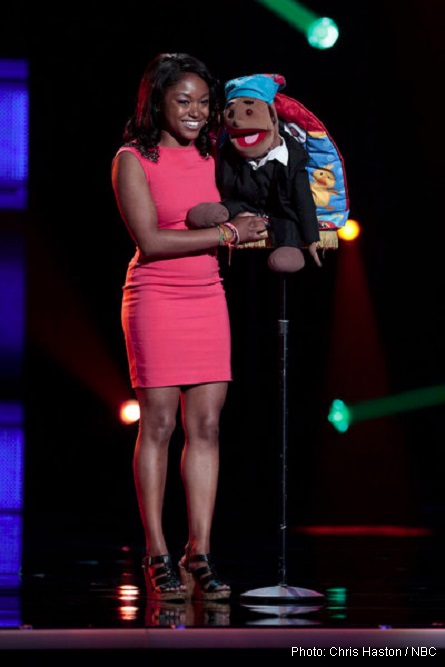 Lil Mike and Funny Bone (ages 32, 27)
They said, “together we are Mike Bone”. They displayed a mediocre and unorganized song and dance routine. Howie asked them if they forgot the routine. One brother responded that it was his fault and he was the one that forgot the dance number. He said, “I messed-up a little.” Mel B. responded, “A lot!”

After they left the stage, Howard said, “This is ridiculous. Lil Mike and Funny Bone came out here unprepared. There are repercussions. Howard then had a member of the crew call them back out onto the stage to send them home immediately. Howard told them it was a unanimous judges vote. 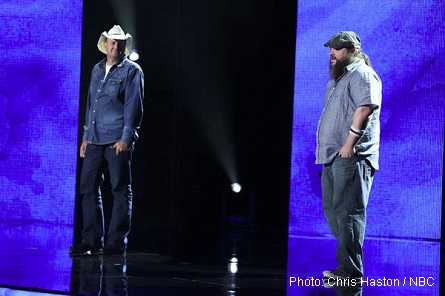 Country singer Brown said “Never in my wildest dreams did I think I would audition for America’s Got Talent.” His wife kidnapped him and drove him to the audition. After his performance, Howard said, “I think he stepped it down and went backwards and not forward.”

Watch Marty Brown sing “When You Say Nothing At All” Here

Paul Thomas Mitchell
His parents were alcoholics. His father turned his life around and started to take care of him.

Jonathan Allen (20 years old)
Opera singer, Allen, came out of the closet as openly gay at 15 years old and music was the only way he could express himself. Some of the judges wondered if he is going to be able to perform at Radio City Music Hall 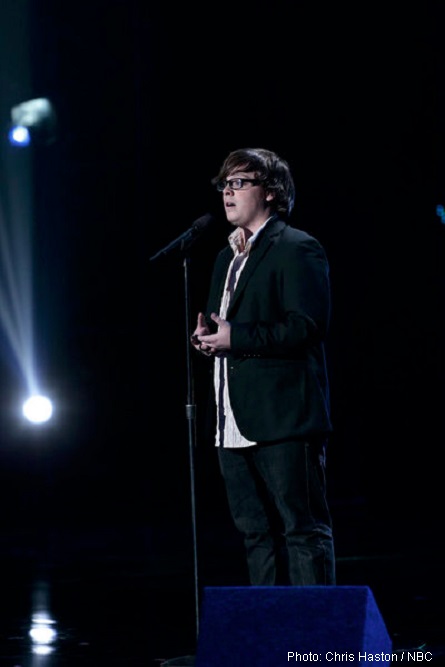 Travis Pratt
Another Opera singer, Pratt proposed marriage to his girlfriend at the AGT San Antonio auditions. Now, at the Las Vegas auditions, Pratt said he it is “extremely nerve-wrecking” and said, “I have to search deep within myself to give a performance of a lifetime.” After his performance, Howard said, “I compare him to female singers. If I heard a woman singing, I would say she’s better.” Heidi fired back, “It’s not fair. He’s talented, and I will fight for him!”

People that I was excited about didn’t come through and the people that were okay really stepped- it up – Howie said.

Some of the acts going to Radio City Music Hall! 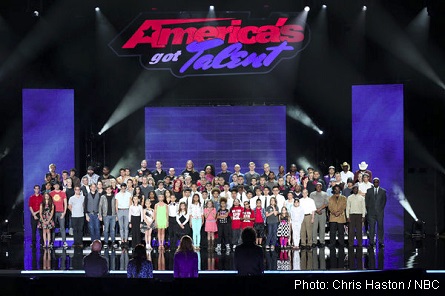 “America’s Got Talent” airs Tuesdays and Wednesdays at 9 pm (PT) on NBC.

Nick and the judges invite the final batch of auditioning performers to give it their all on stage, hoping to bring the best of the best to the live shows at Radio City Music Hall.