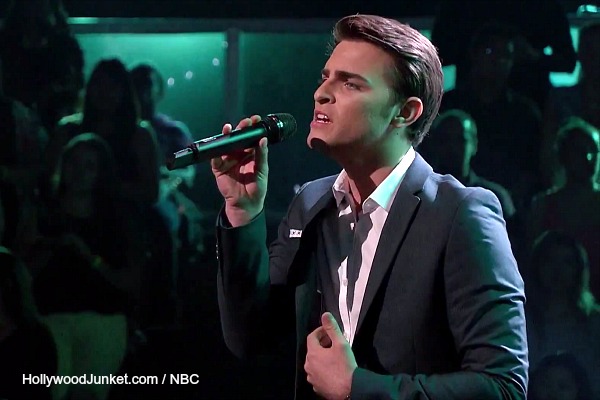 “The Voice” season 7 Knockout Rounds is the contestants last shot at advancing to the Live Play-Offs. In the first night of the Knockouts, each coach had one steal left. In the first night, Pharrell used his steal on Sugar Joans from Team Gwen, and Adam used his steal on getting Taylor Phelan from Team Pharrell. In the second night of the Knockouts, Blake and Gwen are the only two coaches with steals left. Each coach will take only five artists into the Live Playoffs. Taylor Swift is serving as all of the coaches adviser in the Knockout Round.

Troy said he’s never had a vocal lesson in his life. He chose to sing “Hey Ya” by OutKast. Taylor said Gwen understood who Troy is from day one. Taylor said he’s going to embody his song. He chose “Mad World.” Gwen said she felt that he was back to the Taylor that made her push her button in the Blind Auditions. Taylor Swift tried to solve the many Taylor’s issue this season by calling herself “TaSwifty” and Taylor John “TayTay.”

Coaches Comments: Adam said Taylor was “out of his mind” and that Troy’s song maybe not the best one. Blake said Taylor did an amazing job and Troy did the “exact right song” and had the enthusiasm of Richard Simmons with the seriousness of Napoleon Dynamite! Pharrell said Troy showed people his character, and Taylor was “hypnotic”. Coach Gwen said the kind of voice that she wants to listen to is Troy’s voice. With Taylor, the whole world was in a trance.

Mia chose to sing “Human” by Christina Perri. Adam said “this song is perfect for Mia.” Mia was worried about her Knockout Round against Alessandra, saying, “Alessandra is the epitome of competition.” Adam said Alessandra has a rare issue that “the power” in her voice comes out easily. Alessandra chose to sing “Next to Me” by Emeli Sandé.

Coaches Comments: Blake said that was a great song selection for Mia. He said about Alessandra that her voice cuts through and chose Alessandra. Pharrell said when Mia belted the note at the end, she showed everyone what she could do. But, he picked Alessandra. Gwen said Alessandra’s voice is effortless, and Mia sings with such control. Gwen picked Mia. Coach Adam said Mia is polished and confident and it was so “perfect.” He said she is rare at her age. Adam said there’s no wrong decision, just a “tough one.” He said Alessandra has the ability of being a super-star. Mia has the same ability but she’s further along of what she’s capable of. He chose Mia.

Elyjuh chose to sing “With You” by Chris Brown because “it shows a smooth side” of him and he said he wanted to have fun and enjoy singing it. Taylor Swift said the key for Elyjuh will be to “let his voice escalate.” Pharrell said Ricky being comfortable with himself is “a new thing”. He chose Miley Cyrus’ “Wrecking Ball”. Ricky said the song is “heart-breaking”. Pharrell advised Ricky to feel what he means. Taylor Swift advised Ricky to use his eyes to give “sniper looks.”

Coaches Comments: “It was so real, genuine, beautiful,” said Gwen. She also said to Elyjuh, “that song showcased your incredible talent, but something was missing.” Adam said to Elyjuh, the song choice is so important, and in the wake of what Ricky did – a star is born. Blake said Elyjuh you kept going down in the run. What Ricky did, just now let his star out. Coach Pharrell said Ricky “killed it.” He said Elyjuh technically and vocally killed it. “There’s some more work to be done.” Pharrell’s choice was Elyjuh. All the coaches were shocked then happy when Gwen realized that she can steal Ricky. 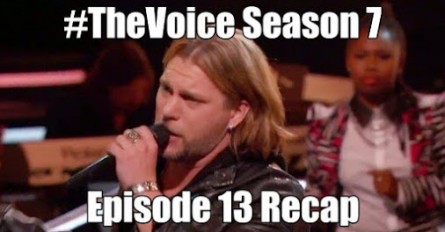