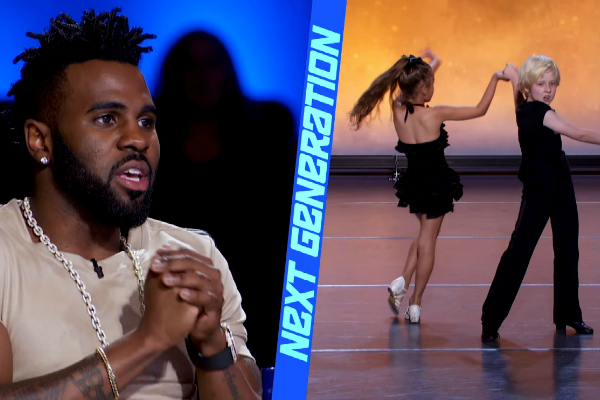 “So You Think You Can Dance” decided to switch things up again. This time, for season 13, it’s the kids turn. “The Next Generation” of dancers who tried out this season range in ages 8 to 13.

When last season finale show included an especially gifted dancer called “Sarah “Lil’ Mini” Phoenix who danced on the SYTYCD stage with Cyrus, executive producer and judge Nigel Lythgoe stated at that time that he’d be interested in doing a full season of young dancers. Well, here it is!

This season, the judges will decide who will continue on to the next round, which is the Dance Academy, after receiving their Golden Ticket at their audition.

At the Dance Academy, one kid dancer will be paired-up with one SYTYCD All-Star each. The age range of the children are from 8 to 13 years old. There will be a live studio competition where the All-Stars will mentor and dance with the kids. Each week America will decide who moves on in the competition until one dancer remains – America’s Favorite Dancer!

Below are the first round of kids during the premiere episode who made it past the judges successfully in receiving a Golden Ticket which moves them on to the Dance Academy. Choreographers at the Dance Academy are Travis Wall, Warren Carlyle and Tabitha & Napoleon (NappyTabs).

First up on the SYTYCD season 13 premiere was Merrick who is ten years old. He’s a hip-hop dancer and aspiring robotic engineer. Merrick was mesmerized to see someone dance like a robot such as past SYTYCD contestant Cyrus. His audition started-out playful and non-pro which had the judges worried. Then, he broke-out into really controlled animation movements.

Nigel reacted, “when you started, I thought uh, oh, poor kid is going to be awful.” Nigel was pleasantly surprised that Merrick “hit it hard” and said “that was ridiculous!”

Avery is an 11-year-old ballet dancer. Nigel said he was amazed how she’s so mature in her movements “You my lady have a big career in front of you,” Nigel told Avery. Paula said Avery is “way beyond her years.” She also told her “you have it in you…you’re a star.” Jason said it will be exciting to watch her with one of the All-Stars.

Kida is 13-years-old from Sacramento, Ca. He has two brothers and two sisters who all dance. He learned most of his moves from his older brother. Kida said he’s dedicating all of his dances to his dad who passed away from the flu.

Nigel said he wasn’t expecting Kida “to be THAT GOOD!” Jason said “your musicality is way beyond your years.” It’s so dope and comes out of nowhere.” Paula called Kida “magical” and “seamless.” She put his talent up there with past contestants from SYTYCD. Nigel then compared him to Fik-Shun. 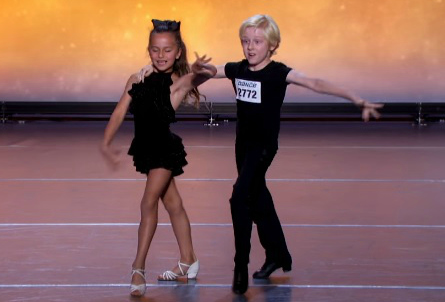 Born in France, moved to Czech Republic, then to America is ten-year old Russian ball room dancer Lev who has a big personality. His partner was able to make the audition with him even though she herself is too young to audition for SYTYCD.

Nigel told Lev that he is the first ballroom dancer he’s seen where he actually enjoyed the expression on his face. Lev responded that he enjoys dancing and has been dancing for 4-5 years! Jason had the best comment with “I’ve never seen a little person dance like that!” Paula told Lev “you are one of a kind. You can tell you love what you do.”

Unfortunately, for eleven-year-old Ivan, his dance partner couldn’t make his audition with him. So, his mom stepped-in. It all worked out in the end because he got the golden ticket! 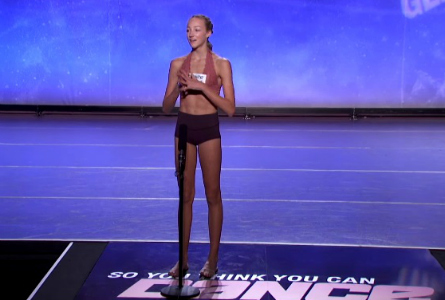 A growth spurt puts 13-year-old Ava at the height of 5’11” – about as tall as host Cat Deeley! After her wonderful contemporary dance audition, Paula asked Ava about her height since she can relate being on the opposite end where she was told she was “too small.” Ava said she’s been told that she’s too tall, and too thin on social media. “I want to show people that I can be different and be amazing” said Ava.

Jason supported Ava by saying “anyone that is special or in the spotlight receives this type of scrutinizum.” Jason also added “I was inspired by your performance and you’re limitless.” Nigel said Ava is a “brilliant dancer.”

SAGE – Paula told Sage “you’re a mini Travis Wall in the making.” SOPHIA has 1.4 million followers on Instagram. She said she wants to be a “super-star!” JORDAN is another contemporary dancer who got the golden ticket.

Eva is an 11-year-old tap dancer. Her audition was a sample of jazz tap. Nigel said he hates tap when it goes a thousand miles an hour. He thanked her for “some great tap work.” Paula said she was “right on point.” Jason said she’s the next level and is glad to have her.

The 12-year-old duo experienced a rather shaky audition. Nigel liked Stella, but scrutinized Geramy after-wards stating he “never got on top of that,” and it was “not strong enough.” Stella stuck-up for her partner stating that he put-in a tremendous amount of effort in preparing for their audition by losing 25 lbs of weight in five months. She asked if they could have another shot at their audition. The judges agreed.

After that, Jason and Paula were still big fans of Stella, but no so much of Geramy. Paula said Stella has all the makings of a beautiful professional dancer. Nigel said Stella will go through to the academy and changed the minds of Jason and Paula about Geramy by putting him through also with the purpose that he must realize how hard he will have to work. They both got golden tickets!