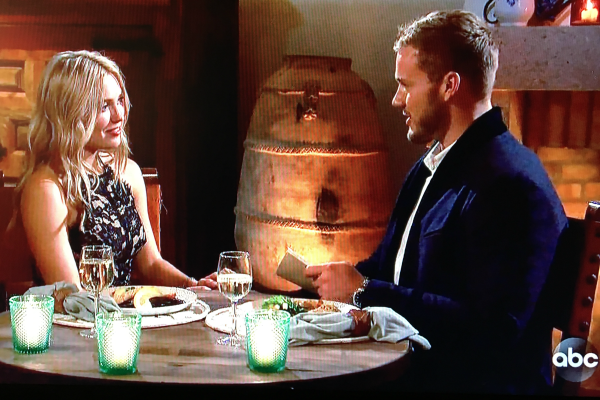 It was the most anticipated season finale ever. “The Bachelor” Colton broke-up with Hannah G., and Tayshia in Monday’s night one season finale episode. Then there was one – Cassie. The woman he said makes him feel “complete.” After jumping over an 8-foot fence, Colton followed his heart, and went to see Cassie before they both left Portugal to try to “have another conversation” with her.

When Cassie opened the door to find Colton standing there, she didn’t seem surprised at all. We’re guessing she was tipped-off by productions. She was obviously expecting Colton’s arrival. Colton said since Cassie broke-up with him, he sent Tayshia and Hannah G. away to see if there’s a chance with Cassie.

He told Cassie that he “sacrificed and gave-up everything” for her. Which is ending it with Tayshia and Hannah G. Cassie laughed and was shocked. He layed it on the line and said although those women were offering what he wants, he wants to be with Cassie. Colton told her he’s not asking for a proposal, but to take things day-by-day for them to figure it out.

Cassie said the whole time she was rationalizing things and she was convinced that the other girls were further along in their relationships with Colton. After Cassie responded that she didn’t want Colton to give-up the things that he wants in life that the other women could give him, Colton stated that sacrifice is part of relationships and he doesn’t want to be without Cassie. He told her he wants her to meet his family who are waiting for them in Spain.

Colton and Cassie went to Murcia, Spain to meet Colton’s parents. His family was expecting to meet two women, but instead are meeting just Cassie. Colton opened to his family “I’m no longer a virgin.” They all laughed. No, that wasn’t it. He told them he brought home only one woman – Cassie. He confirmed with his dad that he’s in love with Cassie. But, Cassie is not in love with him. His mom looked hurt by that.

Before taking Cassie inside to meet his family, she freaked-out because she didn’t know how to handle telling them she’s “not there yet” with Colton. After pulling herself together with the help of Colton, Cassie bravely met everyone in Colton’s family. His mom warned Colton of the possibilty of Cassie leaving him again. His Dad told Cassie that there’s “something extremely special” about her if she’s sitting there because when Colton loves “he loves hard.” She told dad that she’s hoping for “clarity” if it’s going to work and she wanted someone who’s insanely in love with him, for Colton.

Cassie told Colton’s mom that she wants to be “all in” with any decision that she makes regarding her and Colton. In Dad’s conversation with Colton, his dad started crying thinking about Colton’s last break-up. Colton said he’d rather risk getting his heart broken than risk losing Cassie. The two are taking another week to see if Cassie wants to stay with Colton. He already gave her his heart, said Colton. They’ll have one last date with a possible Fantasy Suite.

During their first date, which was them propelling down the side of a cliff, Cassie revealed that she’s scared because her previous relationship, her ex-boyfriend had his proposal to her planned-out and he ended-up being controlling. She was afraid of that being the same case with Colton. Colton stated that he wants Cassie to live her life. Ultimately, near the end of their date, Cassie was impressed at how much Colton showed his love for her and she started second-guessing herself about her original fear of a relationship controlling her life.

Colton and Cassie gave it another try for the Fantasy Suite. In regards to this virginity, he said he’s in love. Next, Colton kicked-out the whole crew and got his and Cassie’s microphones taken off. 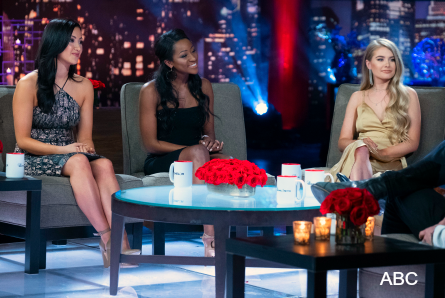 Chris “the Goose”, Ben Higgins, Onyeka, Demi, and Sydney joined host Chris Harrison in the live studio to give their take on what’s happening with Cassie and Colton in the Fantasy Suite. Ben said he’s happy that Colton got in the Fantasy Suite with Cassie. Demi stated that she hopes Cassie jumps on Colton like a Portugese fence! Onyeka said she hopes Colton doesn’t come-up short. Sydney pointed-out that it’s also makeup sex all together and it should be explosive. Chris “the Goose” said he and Krystal did not have sex in the Fantasy Suite because more emphasis is put on serious conversation. Demi said she doesn’t think they’ll have sex. 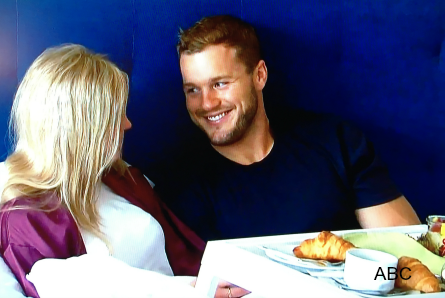 Colton is a gentleman and said he won’t “kiss and tell.” However, it was implied that in fact he lost his virginity to Cassie in the overnight Fantasy Suite. Colton woke-up saying he feels like a “new man” after spending the night with Cassie. “What happed last night” was great for our relationship. Colton was hopeful that it will be the beginning of a new and hopeful chapter with him and Cassie and was happy that he and Cassie are finally “on the same page.” Colton stated “I can’t wait to wake up next to her over and over.” 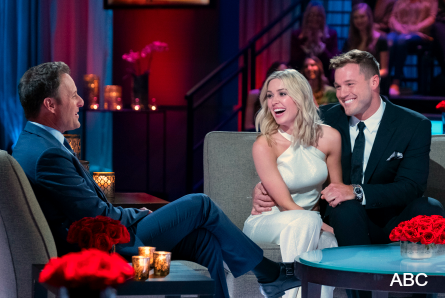 The two joined Harrison in the live studio. The update with the couple is that Cassie is finally there with Colton and he already moved a few miles away from Cassie in California so they can see each other every day. In a follow-up video, Cassie said “this is better than I could have ever imagined. He is legitimately my best friend.” She said looking-back, she knows she felt a certain way about him. She made a video reading a page out of her diary early-on in the show, “I think I found someone I don’t want to be selfish for.” Cassie wrote it early on. She ended the video by stating that she loves him “more than anything in the world.” 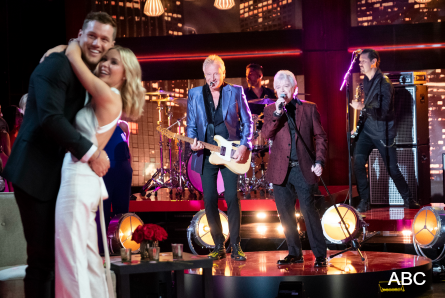 Harrison asked Cassie, “you really do love this man?” She answered “yes…I feel like the luckiest girl.” Colton presented Cassie with the final rose since they didn’t get to that part in the episode. They were treated to a live performance by Air Suppy while clips from their journey together on the show played on a screen. Harrison also presented them with a gift from the show which was sending them back to Thailand where they had their first date. 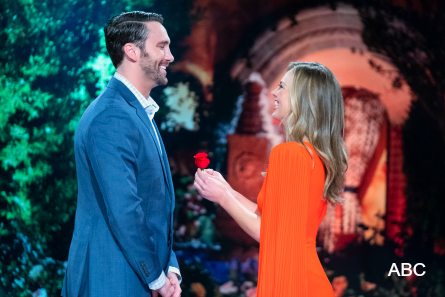 Hannah B. was revealed as the next Bachelorette. Harrison played the video of their video chat together when he told her. Hannah B. stated, “It didn’t happen with my first time around.” She said she believes that it can happen and is hopeful for an engagment by the end. Next, she got to meet the first five men who will be in her season and she actually gave one of them a rose. Hopefully we can all stop calling her “Hannah B”, and just “Hannah” when “The Bachelorette” season premieres May 13th on ABC.