LOVE IN THE WILD: New Girls Didn’t Know THEY were the Twist!

LOVE IN THE WILD: New Girls Didn’t Know THEY were the Twist! 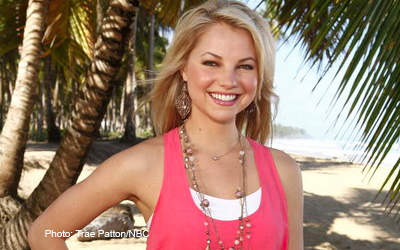 The second season of “Love in the Wild” brought many new and welcomed surprises. One of which was new host Jenny McCarthy. But, another one, the show introduced a double dose of male and female players. HOLLYWOOD JUNKET recently interviewed on the the “new girl” players Natalie Korzon about some of the behind-the-scenes exclusives! 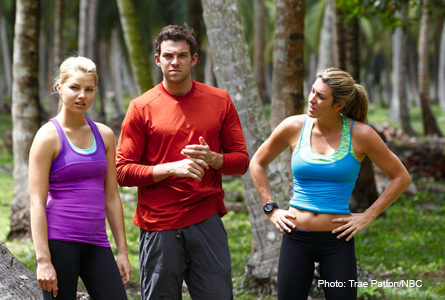 (L-R) Nataile, Ryan and Summer on an adventure, “Love in the Wild”.

How Natalie Was Selected For the Show:
Korzon said she was working in production on a McDonalds commercial when a friend who was casting for “Love in the Wild” told her that she thought she would be perfect for the show and encouraged her to apply. At first, Korzon was hesitant. After she took a look at the show, she was excited about getting involved in the adventure challenges that the couples must endure each week in order to remain on the show. Because of the adventures Korzon when ahead and auditioned. Finding love she said, came second. Jumping off cliffs and the idea of a free vacation were all winning points on the show for her.

She didn’t find out until the last minute, the day of, that she was selected for the show because of rules that the show had to adhere to.

New Girls Didn’t Know They Were the Twist:
Korzon said that the six girls spent ten days in a hotel. Each girl had their own room. “Even though we didn’t talk to each other a ton before we got on the show, we still bonded.” Korzon said that the girls suspected something was up from the start. Korzon said that the girls speculated “There’s no way there’s just us six girls. We weren’t totally sure. We were talking and trying to figure it out. We knew there was a twist. We didn’t think that we were the twist. They just kept telling us that production was taking a long time to set up everything.” Korzon stated that they didn’t know until the day of their appearance on the show when a producer told them that they were coming during a couples choice ceremony and that the show had been filming for five days already. 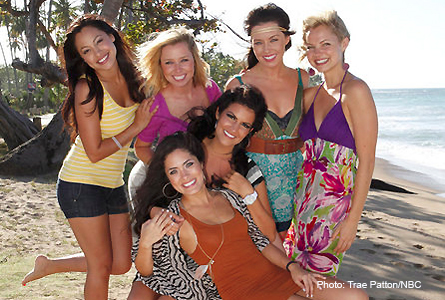 Korzon reacted, “Looking back, they kept asking us how we would take a guy away from a girl -‘how would you go about taking a guy away?’ We were all nice confident girls and I think that’s what they wanted so we were in there to get the guys away. Once we found out, We changed our whole mindset. So, we’re going to be these new girls that nobody likes because they’re stirring things up when really it wasn’t our choice. So it was a disadvantage and I think we were all a little bit bummed about that and we already missed two adventures. That’s what I was really excited about. I felt I missed out a little.”

What Viewers Didn’t See:
The new girls were shown being hazed by Ali when she decided to hide their bath towels. However, Korzon said there were more events that were more worthy of airing. Korzon said, “They chose the towel thing that was such an insignificant thing to show.” Korzon stated that there was sport activities to keep the group of contestants bonded such as volleyball games. Apparently, reality show “Love in the Wild” decided to pass on some major reality show drama when a a big fight occurred between Vanessa and Jason according to Korzon. That wasn’t shown. Korzon also stated that Ken , Yanina’s partner, was being flirtatious with the new girls. “They definitely picked what they wanted to show and missed a ton of stuff.”