No Drama on THE VOICE Season 11 Knockouts Week 1 Recap 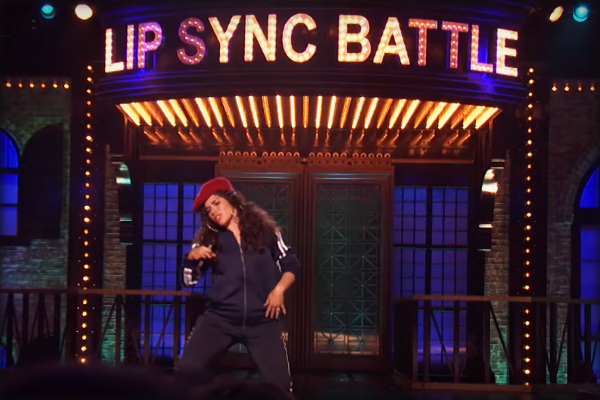 Possibly the only reality competition show that lets its audience decide the winner, Spike’s “Lip Sync Battle” got into the presidential election spirit when two celebrities, America Ferrera, and Amber Tamblyn themed their battles to liken Donald Trump, and Hillary Clinton.

“Lip Sync Battle” often pairs some of the most unlikely celebs against each other to compete in an old-fashioned sing-off, or “lip sync” off! The winner gets the “Lip Sync Battle” trophy belt and most valuable, bragging rights.

Hosted by rap artist and actor L.L. Cool J., and model Chrissy Tiegen, contribute comments on performances. The winner is voted on via most votes, or cheers by the studio audience. L.L. Cool J. stated at the beginning of filming that the battles are rated on “lip syncability, song choice, difficulty, and VIBE.”

One of the most entertaining Battles was America Ferrera vs. Amber Tamblyn. Hollywood Junket was on the set during the filming of this episode, which aired Wednesday, October 19, 2016.

America Ferrera sang a Missy Elliot song vs. Amber Tamblyn sang “You Outta Know” by Alanis Morissette. Tamblyn lip-synced this to Ferrera whom sat in a chair on stage as a slide show played in the back of photos of Ferrera and Hilary Clinton together. Afterwards, there was some competitive banter between the two. Ferrera teased to Tamblyn that she brought the actual pants from “The Sisterhood of the Traveling Pants” with her as she held them up and flashed the front of them. Then, turned them around showing that they read “Suck it!” No, not the real pants from the film.

Then, for the second sing-off, America Ferrera sang “Conga” song by Gloria Estefan, vs Amber Tamblyn’s political “I Wanna Sex You Up” by Color Me Badd. Ferrera came out in a siren red dress and got plenty of whistles from the males in the audience. She got down in Cuban style with the song, backed by dancers.

Tamblyn dressed as Donald Trump in full-on suit, wig and orange fake tan. She grinded on Ferrera as she sat in a chair again on stage. It ended with banners that dropped down saying “Make (photo of America) great again and “I love Hispanics”. LL. Cool J was shocked to hear that Trump actually said that. Tiegen confirmed “Yes, he said it while eating a taco bowl!”

Some of the other battles this season that viewers will be entertained by include: Jay Leno vs. Craig Ferguson; Nick Swardson vs. Theresa Caputo; Skylar Astin vs. Metta World Peace; Jeff Dye vs. Rob Riggle, and Don Cheadle vs. Wanda Sykes.

One “Lip Sync Battle” that fans won’t see is Amber Rose vs. Wiz Khalifa. The battle was scheduled on a show ticket website, but then was later cancelled. 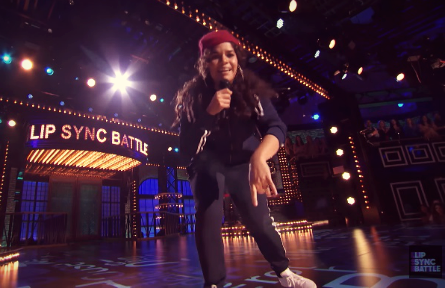