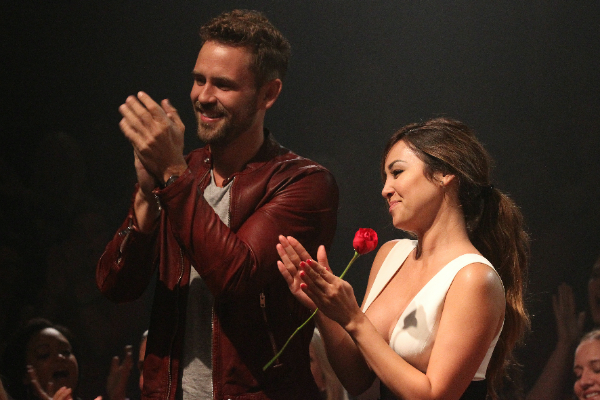 Last week’s “The Bachelor” ended with Nick entertaining the women at a pool party, and Corrine getting under everyone’s skin by spending some sexy alone time with Nick in a bounce house. 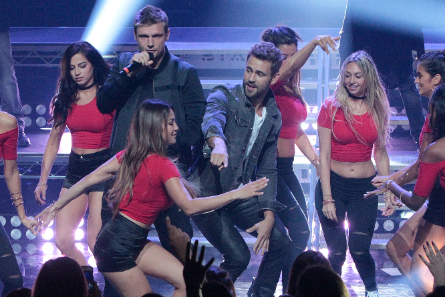 This week’s episode picked-up with Vanessa in the wake of the bounce house aftermath by telling Nick that she just wants to be honest in that if he’s there to find a wife, then that’s her. But, if not, she’d like to give the rose that he gave her back.

Then host Chris Harrison entered the pool party to steal Nick away for his preparation for the Rose Ceremony that was to happen that evening after all.

The women noticed that Corrine was missing from the pool party conveniently after her time with Nick in the bounce house. Taylor and Sarah found Corrine in her bed. They warned her that the women in the house think that she thinks she’s entitled. Corrine reacted that she is not “privileged.” Taylor said they felt “annoyed” by her especially since Corrine has a nanny. Hence, proving their point that she is very privileged.

Harrison told Nick in private about how the women were feeling about Corrine. Nick continued to the Rose Ceremony.

The women who already had roses from dates were: Vanessa, and Danielle L. The women who received roses were at the ceremony were: Raven, Taylor, Whitney, Kristina, Jasmine, Alexis, Astrid, Danielle M., Jami, Josephine, Sarah, and lastly, Corrine. 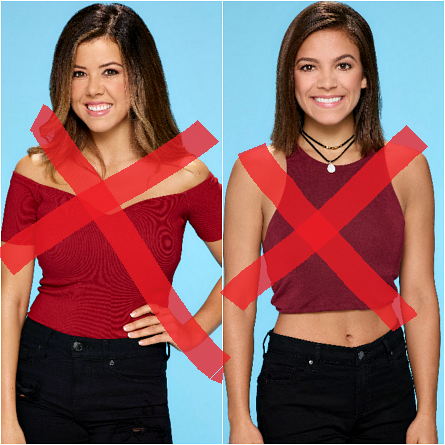 After the roses were handed-out, then there were only 15 women remaining. Harrison entered to tell the women to pack their bags because they would be “starting a journey that will take them around the globe.” The first stop was Nick’s hometown of Milwaukee, Wisconsin.

Upon his return home, Nick’s mom said she suspects that either it’s not going well with his search, or he has found someone. Nick told his parent that he’s “as ready as he’s ever been” to find someone. His mom reassured him that when he finds the one, he’ll feel feelings that he never knew he had. Nick’s dad then said “we don’t want to see you on the show again!” 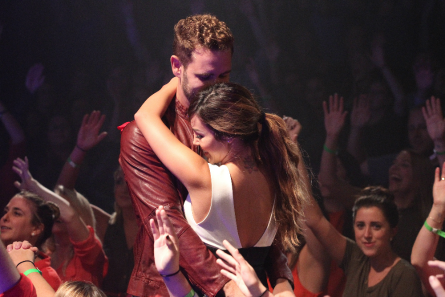 Nick took Danielle L. out for his first one-on-one date that started with a walking tour of his hometown. After their visit at a bakery that had Nick’s face on cookies, Nick spotted ex-girlfriend Amber through the window who invited them to join her. It was a bit awkward while Amber was telling Danielle that if Nick isn’t into the relationship right away, he drops it. I suspect this was a planned scenario via the show producers.

Danielle told Nick that one of her flaws is that she has the fear of not finding the right person due to her parents’ divorce.

Back at the house: The women received the Group Date card with the names – Rachel, Alexis, Jami, Vanessa, Jasmine, Sarah, Whitney, Kristina, Astrid, Taylor, Josephine, Danielle M., and Corrine. That meant that Raven got the one-on-one date. Of course, Corrine was annoyed that she didn’t get the one-on-one date. 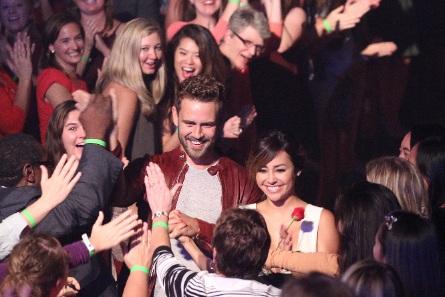 Back to Nick and Danielle L.: Danielle told Nick that she went into the show very open-minded and didn’t do research about Nick before the show. Nick gave her the date rose then surprised her by taking her to a Chris Lane concert where they proceeded to get on stage to slow dance. 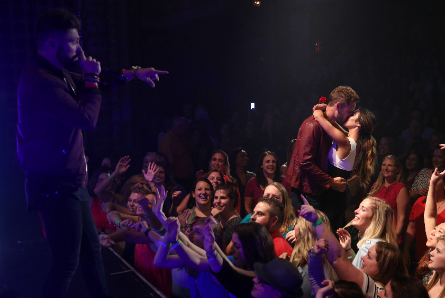 The group date took place on a farm. Nick was there waiting for the women while feeding a calf milk. Corrine was not thrilled with the dairy farm’s smell and flies. Their first “farm chore” of the day was feeding the cows hey. Then, milking the cows. Corrine took some time out from the cow milking, and manure shoveling because her hands were on the brink of losing circulation from freezing (so she said)!

Vanessa gave Nick a personal note that her students wrote to him. Corrine confronted the women, then Sarah asked her if she is seriously ready to be married to a 36-year-old man. Corrine apologized if the women were offended by her napping. She quickly addressed the age statement by saying, “I don’t think age has anything to do with being married.” She said she’s happy that she was carefree and had a fun time with Nick.

Later during the group date the women continued to give Corrine the third degree, doubting that she is prepared to be Nick’s wife. Corrine confided in Nick by letting him know about the women picking on her. Nick ended-up giving Kristina the group date rose. That didn’t go over well with Corrine because Kristina verbally attacked Corrine earlier when she called Corrine out on not attending the Rose Ceremony last week.

Raven said she’s blessed to be the first girl with the first one-on-one hometown date. Guess she forgot about Danielle L’s date with Nick earlier. Nick introduced Raven to his younger sister Bella who was at soccer practice. They were later joined by Nick’s parents. His dad weirdly asked Raven how she got her name. She said it was when she was born with jet black hair.

Next, Raven and Nick went to a roller rink with Bella. Nick called it one of the best dates he’s been on “ever!” Raven said her feelings got deep with Nick and they ended-up kissing at the roller skating rink.

During dinner, Raven told Nick the full detailed story of how she caught her ex-boyfriend in bed with another woman. Raven said she beat her Ex over the head with the woman’s stiletto. Nick was happy to say he’s never cheated on anyone. Raven said what she took out of it is if someone can’t value her for everything she has going on, then they’re not worth her time.

During the Rose Ceremony, the tension built between Taylor and Corrine. Corrine took Taylor to the side and told her she’s “not going to be fake” with her. She said it was mean when Taylor made her cry in front of the other girls. Taylor told Corrine she is not in a place to be in a romantic, healthy relationship. Nor does she have the intelligence. Taylor also told Corrine that she has no self-awareness or insight. Corrine told Taylor that she’s not an idiot and Taylor is stuck-up. The episode ended with Corrine saying she wanted to punch Taylor in the face.