AMERICA’S NEXT GREAT RESTAURANT: Backed by Bobby Flay, Chipotle, Others! 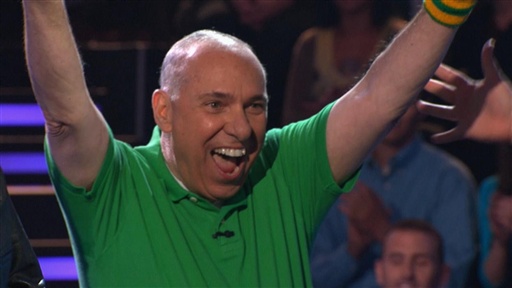 The recent shift of two hours of “Minute to Win It” episodes looks like will be a regular thing. A crew member stated that NBC recently requested 2-hour episodes from the show from here on out.

The episode set to air Wednesday February 16 called “Family Face-Off”, will consist of a few first-time events in the show’s history. The game show will have its first-time father/son team playing against its first-time mother/daughter team in a head-to-head match.

Which ever pair wins the best of four out of seven challenges automatically wins $50,00 and goes on to play for $75,000 followed by the rest of the challenges in an attempt to win the grand prize of $1 million. The losing team walks away with $1000. 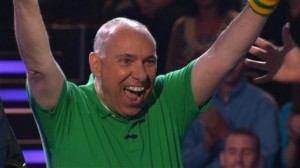 The father/son contestants, Anthony and Hugo from Boston, MA debuted the show’s first-ever oldest contestant. Although Fieri made an attempt to unveil the father’s age, he did not disclose it. Fieri stated that this player not only holds the oldest contestant record, but also the highest scorer on the show’s preliminary game testing!

The father/son team proved to be an audience favorite from the minute they walked onto the stage. The son’s eccentric and boisterous personality swayed continuous cheers from audience members. The son was extremely high-energy, and in a memorable celebration moment, he ran a lap around the stage and startled Fieri!

The games featured in the head-to-head stunts and challenges include: Floatacious, Extreme Hanky Panky (players will have to empty two large boxes of tissues instead of one), Nut Stacker, Office Domino, Ping Tac Toe, Mega Bubble. Fans will have to tune in to see all of the games played and who wins the head-to-head.