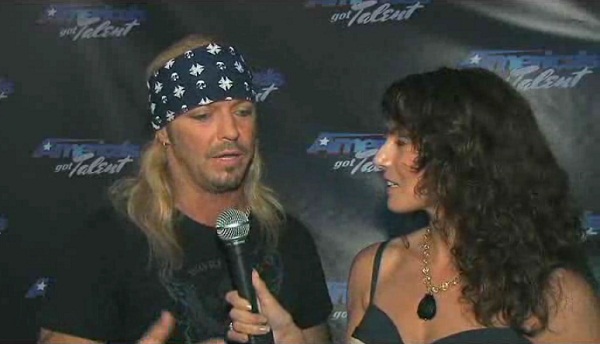 Tomorrow night, there will be a new crowning of a “Miss Universe” beauty queen when current Miss Universe 2009 title holder, Stefania Fernandez of Venezuela passes the crown on to a new winner at the pageant taking place at the Mandalay Bay Resort and Casino in Las Vegas, NV.

Michaels explained that Donald Trump, who took ownership of The Miss Universe pageant in 1996, said “him (Trump) asking me to do the Miss Universe pageant is really him having a lot of belief and really taking a risk because there’s normally, it’s not rockers like me that hosts these kind of shows.” Michaels also states that he will be excited and “be very real about the comments that I make about what’s going on.”

Trump, who crowned Michaels as the winner of “Celebrity Apprentice” executived produced by Mark Burnett and Trump after Micheals’ return to the show’s live finale after surviving a brain hemorrhage. Michaels said this year’s Miss Universe is sure to be “exciting and awesome!”. Not sure what to think of Michaels as a host yet? He’s not either. Watch it tomorrow night and decide!

Miss Universe airs live Monday, August 23rd at 9pm ET/6pm PT on NBC. Tickets are still available to see the show in-person. According to ticketmaster, the best available seats can be purchased for $373 which will place you in the front right of the stage.