Walking On Sunshine – Natural THE VOICE

On the Edge of Semi-Finals – THE X FACTOR USA 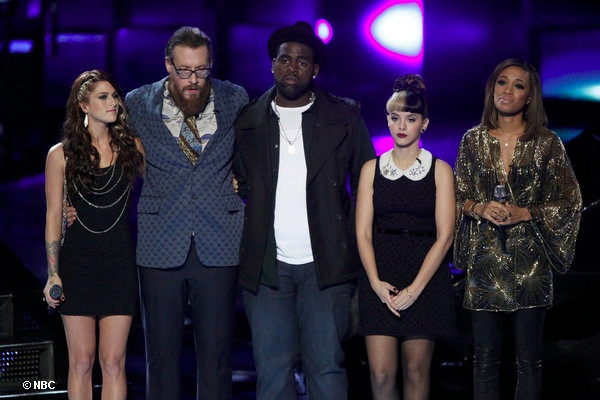 “The Voice” results episode started with host Carson Daly announcing some of the singers most recent song accomplishments. Trevin Hunte with the top R&B song on itunes and Cassadee Pope and Melanie Martinez leading with the top pop singles making it into the top ten. The remaining six contestants that took to the stage tonight were: Trevin Hunte, Terry McDermott, Cassadee Pope, Nicholas David, Melanie Martinez, and Amanda Brown. 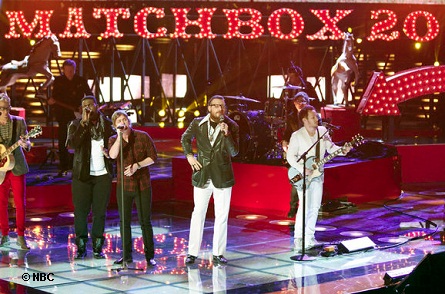 Carson Daly asked coach Adam Levine how he felt about last night’s song choices of his team. Adam said, “I feel great. I’m really happy with my team and the choices they made and I can’t be upset about anything.”

Daly pointed-out that when producers looked back on this season’s blind auditions, “Cee Lo pressed his button for everyone in our top ten, top eight, and in our top six.”

Cee Lo said, “If America can be effected at home, imagine how it is to be this close. The fashion statements, the fire. I see the future. I see a unified front instead of a competition. I do believe that they all have made a place in Americas’ hearts and ours. I believe that Trevin just blew it away last night!”

Christina spoke as an impartial coach – “This is the first time during the elimination process that I’m not a wreck. So I get to watch with America. The stand out was Trevin. He made me bust out my fan and I had to cool down. Cassadee keeps gaining momentum. Nicholas had a nice rendition of ‘Over the Rainbow'”

Blake answered Daly’s question on his strategy in the competition. Blake said, “Strategy? I think the most important thing you can do as a coach and a contestant on this show is communicate. Whenever they bounce ideas off of me I say, ah – I wouldn’t do this or that. And every time, they are still standing here. I like them to be the last two standing here and I’ll do anything to make that happen.” 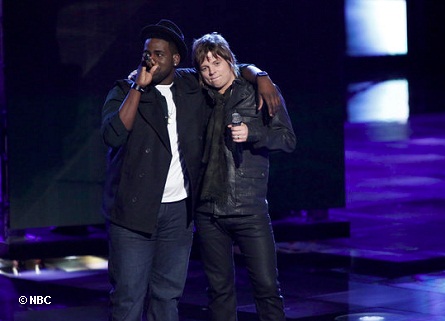 In making reference to an earlier live results show that had contestant Sylvia Yacoub rejoicing when she thought that Daly called her name to say that she was moving-on to the next week in the competition, Daly stated tonight, “don’t freak out if I say your name. I ‘m going to ask you some questions.” Daly asked Terry McDermott about being away from his family during the competition. Terry thanked his wife for giving him a baby boy even though his Mom didn’t see him before she passed away.

Three of the top six were advised by Rob Thomas. When Christina Milian asked what advice he’d give the remaining contestants, he said “They sing better then I do.” 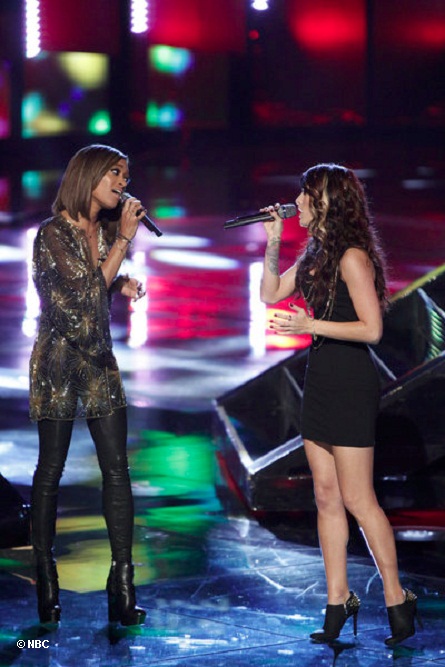 Daly asked of Nicholas David, “If this were to be your last night, what do you take away?” Nicholas – “It has been an experience of a lifetime, a dream of a lifetime. Being away from my family, but we here at The Voice have become a family.”

The next artist who is safe and moving on to the top four semi-finals…
AMERICA SAVED – Cassadee Pope! 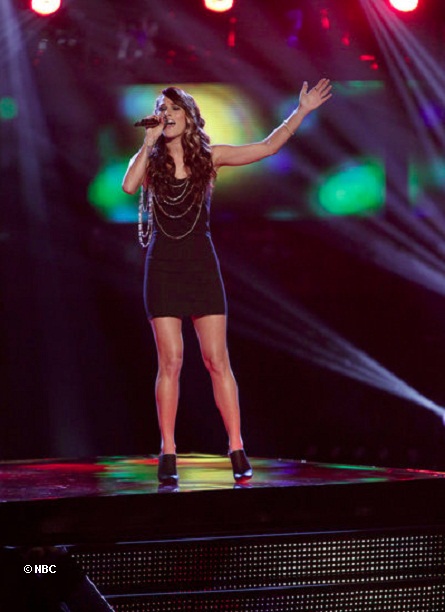 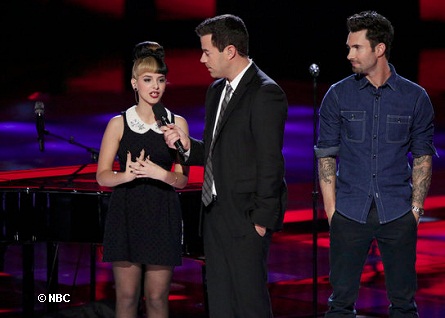 The two that were left standing on “The Voice” stage were Nicholas David and Amanda Brown. Daly said to Amanda, “All of the coaches wanted to steal you. What did that second chance mean to you?” Amanda – “I’m So grateful for the experience and what I learned from you Adam. I will most cherish it for the rest of my life.” 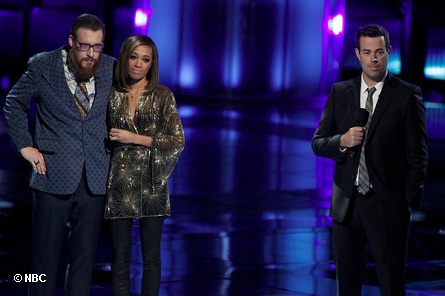 Blake – “I wouldn’t be surprised to see Nicholas move on.” Cee Lo who is Nicholas’ coach stated, “Nicki, say Nick, even tonight you sounded wonderful. No matter what happens I want you to know that I’m in your corner.”

Adam – “This is the time that I”m usually freaking-out. But I’m at peace.” To the last singer on his team, Amanda, Adam said, “I will say to you Amanda this is a small sprint that is a massive marathon that is life. People that are successful look at how to get past the next mile. I’m not worried about you at all. There are six winners on that stage and you should all be proud.”

AMERICA’S LAST SAVE:
The final artist moving on to the top four semi-finals is –
Moving-on is: Nicholas David!

Nicholas’ coach Cee Lo was shocked and ecstatic and quickly walked up to the stage to congratulate his singer and celebrate. 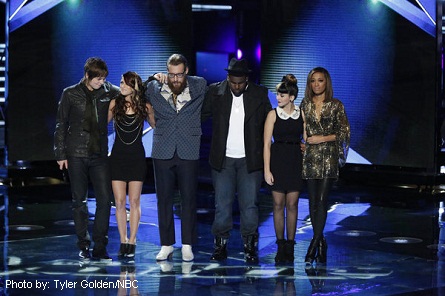