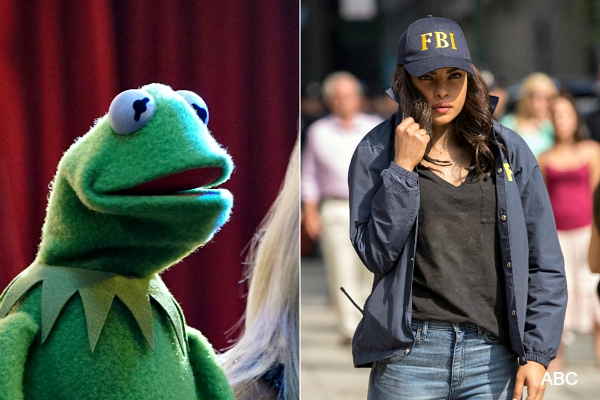 ABC’s prime time looks the most promising with shows that are sure winners. Three of the stand-outs are “Blood & Oil”, “The Muppets” and “Quantico”. The style of these shows are familiar to some already succesful ABC properties. Ones that come to mind are: Grey’s Anatomy, Revenge, Modern Family, and Nashville.

The best part of these shows is, although familiar, each one is undeniably unique and different on its own with compelling story lines with characters who are smart and fascinating to watch. They are sure to keep bringing viewers back week after week. 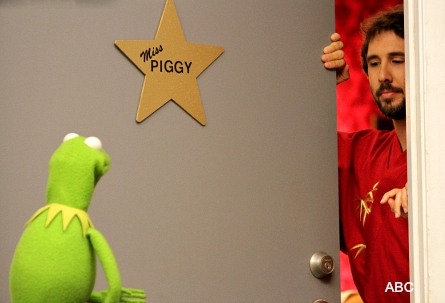 Other shows like it: The Larry Sanders Show, The Office, Modern Family

It’s a show about a show. A documentary is shooting all of their behind-the-scenes antics along with some one-one-one interviews with crew and cast. “The Muppets” opens with Kermit the Frog showing viewers the downside of working with his ex Miss Piggy, (it’s a good thing the show reported their split before the premiere) his parking space faces a billboard of her show.

Next, we get a peek inside of one of their production meeting. Nab at his ex “the next time we do a sketch where Piggy flies across the stage, I think we should chose a wire that actually supports her wait”, Nab at Miley Cyrus “It should have worked. It was a cable from a wrecking ball.” Further business in their production meeting – censorship concerns.

While watching Miss Piggy onstage, Kermit later says his life “is a bacon-wrapped hell-on-Earth!” “The Muppets” is refreshing real spin on the Jim Henson lovable characters, and a show that adults can appreciate and sure to keep coming back for each week. Some real-life star cameos include Elizabeth Banks (“Pitch Perfect”), and Tom Bergeron (“Dancing with the Stars”).

A bit of my own behind-the-scenes news on “The Muppets” people who work on the show say that their Kraft services are seriously stellar! And the stage is full of holes for where the puppeters stand beneath to operated the puppets. According to one insider, a crew member actually fell in one. Fortunately, he did not get hurt. 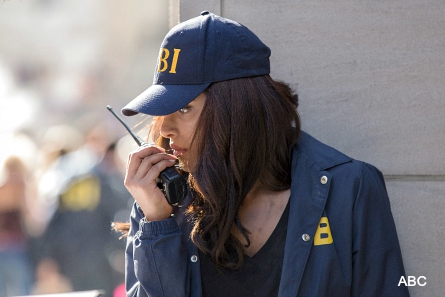 Why the unusual name? It’s the name of the FBI base camp. The show opens with a young woman, (whom viewers will recognize from the show’s ads actress Priyanka Chopra ) Alex Parrish, waking up from an unconsciousness state atop of a bed of ruins from a building that is no longer standing. It’s a present day scene. In the sequence of flash-backs, we learn that she is a young recruit of the FBI after sleeping with a stranger, Ryan Booth (Jake McLaughlin), that she met on the plane there. Alex runs into him again later at the academy which he is also a new recruit.

“Quantico” creatively teaches us about each character with the use of the FBI’s students first assignment where they must do background checks of fellow students of their own picking. The students prove to be impressive investigators, and one young man Caleb (Graham Rogers), who is barely skating by on the merit of his father’s name, taunts his subject to a situation that is regrettable.

By the end of the premiere episode, viewers learn that another student, Nimah Anwar, (Yasmine Al Massri) has a dark secret, not uncovered in the assignment, and Alex gets arrested. 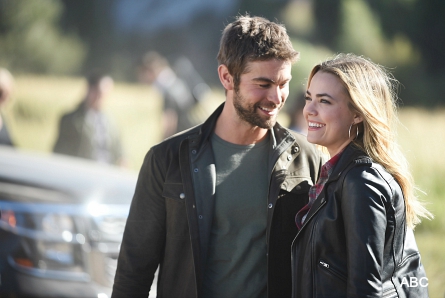 “Blood & Oil” depicts the story of a young couple Billy and Cody, played by Chance Crawford and Rebecca Rittenhouse respectively, who set out to start their newly married life together in a land where the most opportunities await. They start their journey with the worse luck when they crash their truck and lose half of their belongings (washer & dryer included) on the way there. Further bad luck, Billy looses his first job at “Briggs” oil field due to being the scapegoat for the owner Hap Briggs, (played by Don Johnson) son, Wick Briggs (Scott Michael Foster), and Cody can find a decent apartment for them to live due to the inflated real estate market.

On the rebound, Cody lucks-up on a new job due to her pharmaceutical schooling and scores a mobile home, and Chance gambles his way to big stash of cash, then makes a bad deal. Cody wants to go back home, but Billy tries to persuade her to give it more time. After receiving some life-style changing news, Cody decides to bite the bullet and hang in there longer. That’s when they both come across the opportunity of a lifetime and literally the race to the finish mark is on!

The premiere episode ends with Hap Briggs and Billy falling victim to a crime by someone they both know. It’s a great cliff-hanger that will guarantee viewers will want to come back for episode two.