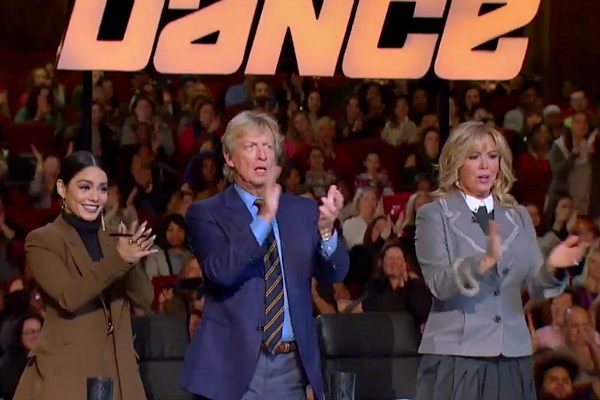 FOX’S dance reality show “So You Think You Can Dance” tackled the city of New York where judges Mary Murphy, Nigel Lythgoe, and Vanessa Hudgens judged who would be the top picks to send either straight to The Academy or to “La La Land’s” Mandy Moore’s choreography first.

The judges saw a slew of incredible dancers who displayed moves that they had never seen before, along with some non-technical dancers who decided to give it their best shot even without professional dance training.

Kaylee is uniquely talented which is displayed with her blue hair. Nigel reacted to her audition, there are so many women that can do what she did, but, they are NOT individual. But, Kaylee IS individual and he loved it. Mary said she loved every second and Kaylee “oozed with confidence. It’s amazing to see someone’s dream com true. Vanessa said everything was beautiful. Kaylee was sent to the Academy.

Ana, whose height is 4’11” brought her dance teacher to the audition who isn’t auditioning. Mary was impressed with Ana’s stamina and the trick and told her she had “phenomenal tricks” that required a lot of strength. She qualified as a “hot tamale”. Vanessa said it was “such a fun performance”. Nigel reacted, there were lifts there that he had never seen before. She was sent to the Academy. 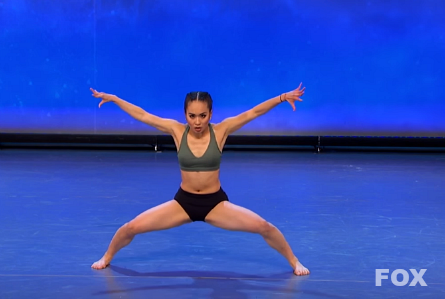 Koine is 19 years old. She started dancing at the age of two and dance became her second language. Nigel said her technique was tremendous. Vanessa told her she got chills and Koine showed so much. Vanessa called her such a strong dancer and a pleasure to watch. Mary said there were so many layers to her dance audition. Nigel gave her a ticket to The Academy. 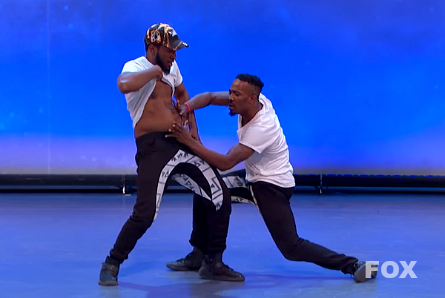 Their dance “flexin” is a reggae dance originated in Brooklyn. They “gave us the Beyonce belly,” said Nigel and called Havoc a genius. Mary said they were poppin’ and their animation was “sick”. Vanessa reacted, it was really cool and liked the story. Mary said they were extraordinary. They got a ticket to the Academy.

Chaz is 29-years-old. Host Cat Deeley complimented his maturity. At the end of his audition, he got a standing ovation. Mary said he got her teary-eyed. “There was a certain chumminess to your dancing” Vanessa said, and added that she felt him through his dancing. Nigel loved that there was perfect choreography to the music. Nigel also called Chaz one of the best tappers he’s seen in years. Thus, he got a ticket to The Academy.

DARIUS A.K.A THE BIGGER CHEESE 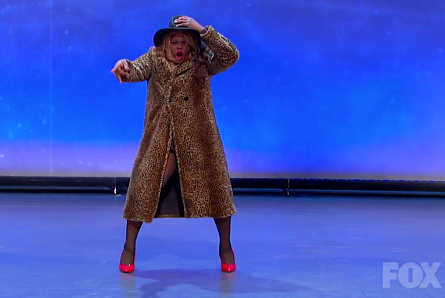 Next, a non-serious non-technical audition was displayed in Darius who calls himself “The Bigger Cheese” Nigel reacted to the audition effort with, it’s more like a “Lip Sync Battle” than a dance routine and we’re not getting the full benefit of the dance. Vanessa told him “you do you boo” 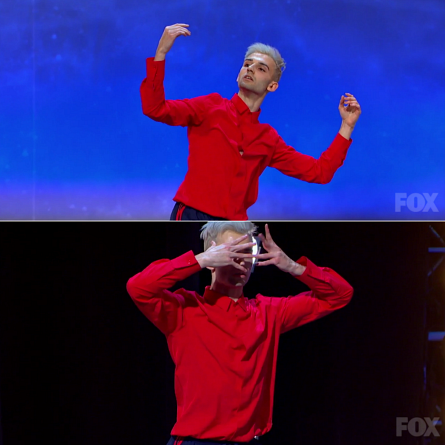 Ryan gave an unusual audition that was out-of-the-box He calls his own dance style “kinda weird.” Ryan does a lot of shaking he said like “seizure” and people think it’s weird. He owns a dance company where his student are open and committed to his dance style. Nigel said he liked it because he didn’t really like it. “I hated it, so I liked it” Mary said “that was the most bizarre audition we’ve ever seen. It was oddly beautiful.” Vanessa reacted, “the routine was really confusing to me. It was very interesting.” However, she added that he has great technique. Surprisingly, the judges gave Ryan a ticket to The Academy. 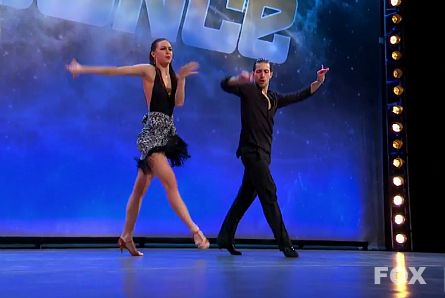 They are not a couple, but dance partners who auditioned together with ballroom dancing. The judges responded with golden tickets to The Academy.

He’s a 20 year old dancer who auditioned before in season 12. Mary responded, “he’s on the Hot Tamale train!!” She said he commands so much attention. Vanessa said he’s so freakin’ fierce! “Your like a bird almost.” Nigel reacted, he had grace that was breath-taking, and loved how he mixed African dance with contemporary. Zachary got a yes to the Academy. 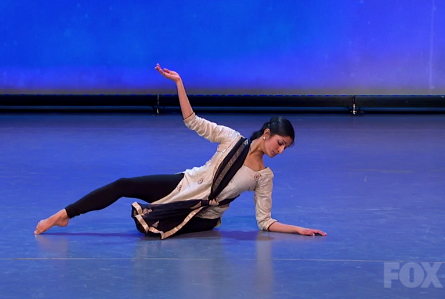 She’s from India and auditioned with Indian dancing. Nigel called it “uplifting” and liked it. Mary and Vanessa complimented her hands and hand work. Mary & Vanessa said “yes” to choreography round. 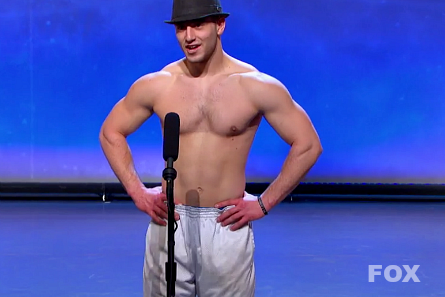 Peter started dancing six months ago and thought he’d give SYTYCD audition a shot. He explained that his dancing is a “hidden” talent because he hasn’t told his friends. His audition basically consisted of flips, splits and some fancy footwork. Because his shirt was off and his display of non-technical moves, he resembled a male stripper. Mary said she’s never seen anything like that and called it “sexy.” Vanessa liked how he “gave it his all!” Nigel liked that he took a chance and wanted to see more people doing so. 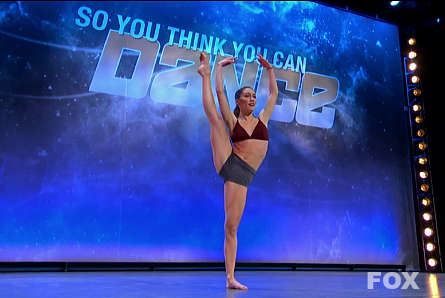 Nigel told her “you danced that beautifully and great style. You have this great look in your performance. You have all the moves, and so controlled.” Mary said she’d like her to live a little more dangerously, since it was so controlled. Mary said Academy. Nigel said he wants to see her do choreography. Vanessa had the deciding vote which was for The Academy.

Some favorites returned who all got sent to the Academy.

Romainson tried-out two years ago. His cousin passed-away one year ago at his job. His cousin Marvin took him to SYTYCD season 8 audition Romainson said he dedicated this audition to Marvin. Vanessa said he has so much inside of him that she wants to see more of. Nigel said he sees this sadness in him that he’d like to move off of his shoulders. Mary said it’s his last opportunities. She cried and told him to take that next step and “bring that joy back.” She continued, “let it go. It’s okay.” They invited him to choreography, and to “come back and shine!”

Marc was another non-technical dancer who spoofed his way through the SYTYCD audition. Nigel cut the audition short after Marc was loosing his stamina. “You can only go full-out for so long” Nigel told him. Vanessa told him “you brought so much energy, but your technique needs work.”

Claire said she prepared for six hours for her SYTYCD audition. “You can have a big personality while being a ballet dancer as well,” said Claire. Vanessa and Nigel said they wanted more. “your technique is incredible.” Vanessa reacted that she’s excited to see her do “other stuff.” Mary said “you have a grace and elegance that we really haven’t seen today. Your presence up there as you dance is so extraordinary.” Nigel agreed and said he could have used more of her personality. She was sent to The Academy.

He was the final dancer to audition in New York. He’s fluent in speaking Japanese. He and his sister were raised by a single mom. Lex performs Hip-Hop, Jazz, and Lyrical. He said he tries to fuse multiple styles. Vanessa reacted, “it was so good. You were so strong! You were doing things I’ve never seen. It looked impossible, but you did the impossible today. Bravo!” Lex told Nigel that he is in the Travis Wall dance company. Nigel said Lex is going to be a star. Mary said she loves the way he moves and asked to see a double swipe again, then told him that he’s in the 10th dimension. He got the ticket to The Academy.

By the end, thirty-eight dancers had one last shot at The Academy who had to prove the range of their talents by mastering choreography with Mandy Moore in a short amount of time.

Romainson and Rami from earlier, got tickets to the Academy along with 25 others which brought the grand total to 100 dancers.