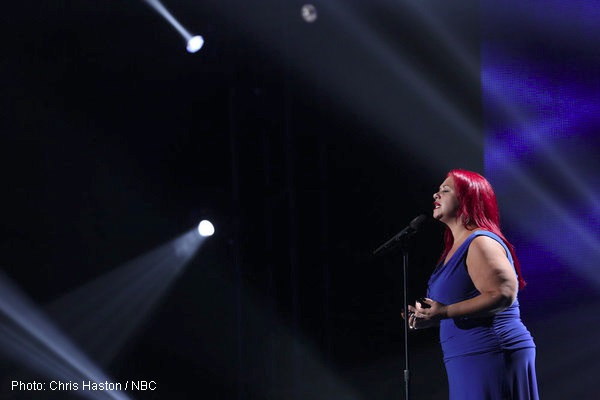 After judging a great deal of acts to send to Las Vegas, the judges have to decide who is good enough to move on to the live show rounds in New York at Radio City Music Hall. Hundreds of acts made it, but there are only sixty spots to fill. The first day in Las Vegas brought a lot of nerves for most and divided the weak from the strong.

Watch David Ferman as he rides a six- foot unicycle surrounded by fifty stun guns, while juggling three of them Here

Watch as Brad Buyers pulls Nick Cannon on a cart with only a hook in his nose. Here 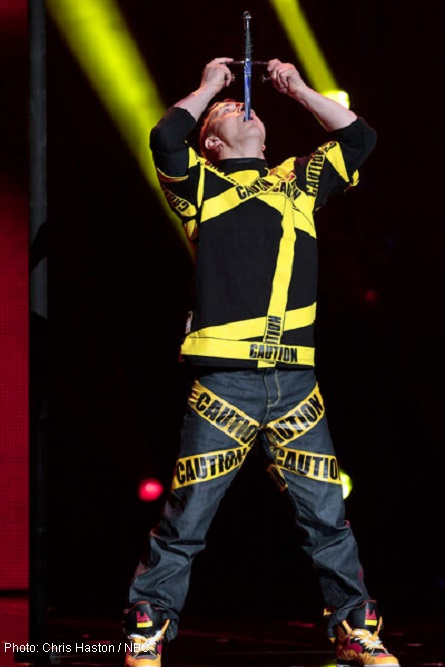 Alexandr Magala displayed his sword swallowing and pole dancing talent. He said if he moves the wrong way, the sword could cut anything inside of him. “You are a little bit nutty,” said Heidi about his act.

Sam Johnson said he risked his life during his audition in New Orleans for his son. “Working at minimum wage, there’s no chance in sending him to college,” Sam said. During his act, Same doused a top hat with gasoline. Then lit the top hat on fire, and poured gasoline on his head, then put the fiery hat on top of his head. He said the next stunt he will do will make the judges forget the last two.

Watch Sam Johnson cover himself in gasoline, put on a flaming top hat and juggle as he rolls across a tight rope. Here

Red Panda faced the judges with a sore back. She performed her balancing multiple bowls trick on a seven and a half foot unicycle. After dropping a couple of the bowls during the first shot, she tried again and succeeded. She was extremely emotional while in front of the judges after her act. “I’m devastated. I feel sad,” she said.

Forte opera singing group had to get a replacement singer when there original guy pulled-out of the Vegas trip. They said they found the new guy through videos online and said “he’s a great opera singer.” Howard reacted, “The new guy is a strong singer and made the other two seem weak.” 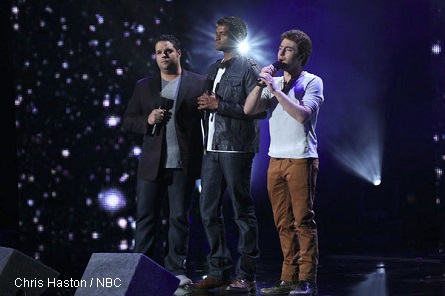 Brandon and Savannah (16, 14 years old)
“We’re performing a cover song and that’s a big risk because we are really coming out of our comfort zone,” said Brandon.

Watch Lil Demon show his moves to Pitbull, see if it moves him all the way to New York Here

Competeing couples dancing teams came-out with the missions to beat each other.

Ruby and Jonas (9 and 10 years old) are ball room dancers. Her brother is competing as D’Angeleo and Amanda (12 and 13 years old). D’Angeleo wasn’t worried about the competition and said, “We’re older and better.” His sister, Ruby said, “We’re better dancers and cuter,” which she also told the judges.

Ruby and Jonas danced the Tango with one slip-up. Ruby was crying because they had a slip. Jonas said it was slippery.
“You did a really good job. You were amazing,” Mel B. said as she hugged her on-stage. The coach told Ruby that it’s not about he slip, it’s how to recover from it, and that it happens to all dancers.

Watch D’Angelo, Amanda, Ruby and Jonas to see if they have what it takes to dance on the same stage as The Rockettes. Here

COMEDY:
Howie said, “We are going to have to judge and only fill a few spots.”

First up of the comedy group was Jimmy Failla (36 year old cab driver).
The judges said he rushed his act too much.

Jimmy Failla drives cabs, but tries to drive the Judges into laughter. See if he delivers Here

Smooth E, who is David Schwartz
Heidi said – “He is not as strong as the others.”

Taylor Williamson (26)
The judges were laughing, Mel B said “He was funny.”

Watch Taylor Williamson make the Judges laugh in Vegas, but is it enough to make it to Radio City Here

John Wing (53 years old).
He said he’s a recovering drug addict. Wing said, “You never stop having a dream. Just because I’m 53, you don’t give up on that.”

Watch John Wing tell jokes about Oprah and his dad to make people laugh, but is it enough to move him along in the competition Here

They said, “Normally we’re dance instructors. The kids back at home are very supportive.” They performed break dancing against visual screens as backdrops. “They were not anywhere as good as the last time,” Howard said. The other judges disagreed.

Howard said – “The idea was fabulous, but what about the dance?”
Mel B said, “the teenagers are watching this. My teenage son would think they are ridiculously good.”

Watch as Art Spark shows their moves to an original movie trailer. Here

Howard said, “Their first audition was great. This was equally fun, but the same routine.”

Watch the Archbishop Molloy Step Team use timing and energy in their dance. Here

He danced around the balancing of a base ball cap. He dropped the hat.
Howard said – “What he does is difficult but there were some mistakes”

Dylan Wilson (17)
Learned all his dance moves off the internet. Dancing is my life. This competition is everything to me. This is my chance to get out of my small town and follow my career. He danced while wearing a Howie Mandel T-Shirt

Watch the return of Dancing Dylan Wilson and his amazing robotic dancing. Here

Watch Tavi and Antonio and see if this loving act make the Judges fall in love with them. Here

Watch Brandon Rosario to find out if he will be working the pole at Radio City. Here

They said they added a spinning trick at the end. They wanted to spin more.

Timber Brown (28)
From a broken home. Father was a drug addict. Mom was an alcoholic. He auditioned in L.A.
His act consisted of tricks on two poles. Howie said he didn’t think “he hit the mark that we need for Radio City Music Hall.

Kristef Brothers
Both moms were dance teachers. “We want to make you smile and laugh when you see our act.” One of them said, “If I didn’t have this act I’d d be dead or in jail.. I get to perform with my best friend.”
Do you think the comedy takes away from the skill? – Howie They answered “We want to see that there are many shades.”

Watch Kristef Brothers they are fun, colorful, and have amazing strength Here

39 year old dog rescuer. There were some technical difficulties. So, she had to come back. I thought that the nerves didn’t serve here well – Howie “I disagree” – Howard “this is it for me I feel like – Deanna

Compare to the original version performed by Rascal Flatts Here

Skyilyr Hicks (13) _ Singer Songwriter
Dad passed away. Music let her release emotion built up inside her.

Cami Bradley (25). Says she never thought about auditioning for a show like AGT.
She sang while playing the piano.

Check out more AGT Vegas Week in our article Legends in the Making! AMERICA’S GOT TALENT in Las Vegas – Night Two