No Turning Back! SO YOU THINK YOU CAN DANCE Top 8 Live Shows Week 7

No Turning Back! SO YOU THINK YOU CAN DANCE Top 8 Live Shows Week 7 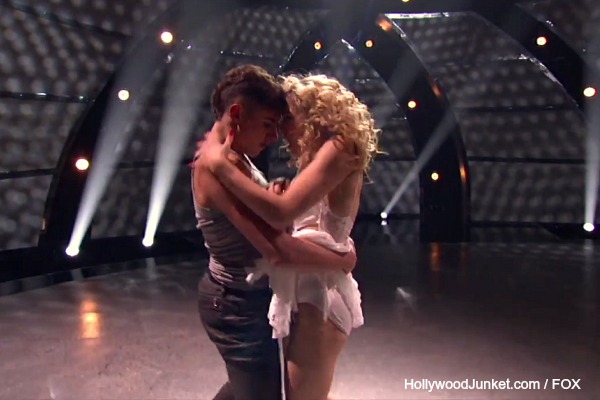 “So You Think You Can Dance” honored Michael Jackson on this week’s episode featuring the Top 8 dancers this season – Ricky, Valerie, Tanisha, Casey, Rudy, Zack, Jacque, and Jessica. The routines were all choreographed to a different Michael Jackson song. Each dancer shared who their mentors are and the people who have supported them the most and have made them the dancers that they are today. 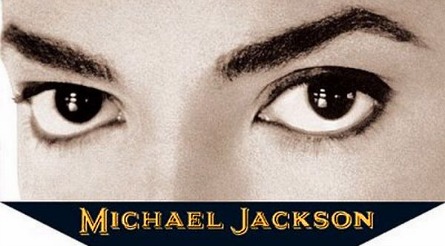 The celebrity guest judge this week was Jenna Dewan Tatum (Step Up) who rejoined the panel from when she sat-in during the SYTYCD Atlanta auditions. The special performance of the night was by Dance Crew Control Freakz. The Top 8 danced with new All-Stars this week who were: Jaimie Goodwin (Ricky); Ryan Di Lello (Valerie); Nick Lazzarini (Tanisha); Comfort Fedoke (Casey); Allsion Holker (Rudy); Makenzie Dustman (Zack); tWitch (Jacque); and Will Wingfield (Jessica).

The most upsetting turn of the night is when host Cat Deeley revealed the two dancers being sent home this week!

RICKY & All-Star Jaimie Goodwin
“You Are The Dance!” – Nigel 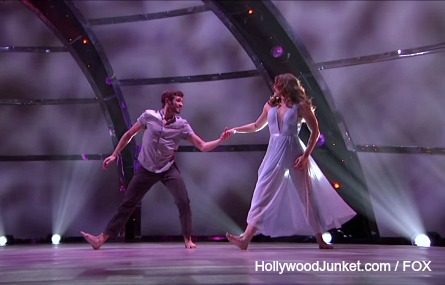 First-up was Ricky Ubeda who got a scholarship from Victor Smalley, a former contestant on “So You Think You Can Dance” season six, who now trains dancers. His dance this week was a contemporary number choreographed by Travis Wall. Travis said “Ricky has to prove that he’s that one to beat this week.” After his performance, Jenna said it was a great way to start the show, and called him “incredible” and was “completely blown away!” Ricky was was crying after his performance. When host Cat Deeley asked him why, he said he couldn’t believe that this is really happening. Mary commented, “You make it so effortless,” and told him he “liquified” her bones just watching him. Nigel pointed-out that the Michael Jackson song (“Smile”) Ricky danced to was written by Charlie Chaplin. “You found that Zen state where you are no longer dancing, you are the dance.” WATCH his performance and INTERVIEW here!

Ricky was announced as “Safe“. Next week, he’s dancing with All-Star Anya! 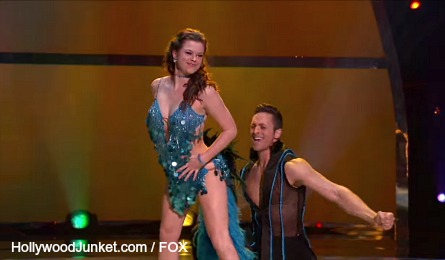 Valerie credited Kathy Simpson who is a dance teacher as her mentor. Valerie said Kathy encouraged her to move to Los Angeles. Jean-Marc Genereux, who choreographed the Samba number, called Ryan “the Samba King.” Mary called Valerie “gorgeous”, and told her “you ATTACKED this! Your expression was perfect.” Mary’s only critique was Valerie’s passing Samba runs. Nigel said Valerie looked “vivacious!” He said he was ignoring her last week’s routine because this week’s was much better. Jenna said Valerie was “on fire!” WATCH her performance and INTERVIEW here!

Valerie was announced as “Safe“. Next week, she’d dancing with All-Star tWitch! 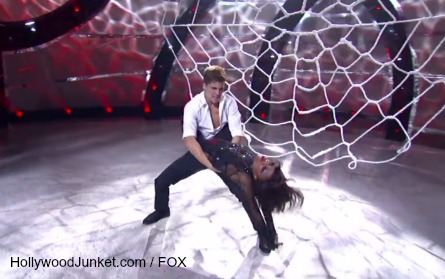 Casey recognized his dance teaches Mandy and Terri as the two women whom mentored him and taught him for four years. Casey’s Hip-Hop dance choreographed by Pharside and Pheonix was one of the best of the night. Comfort worked Casey out quite a bit as she played a spider catching Casey in a physical rope web on stage! Nigel was pleased by Casey’s performance and said “you are growing and growing each week. You have to get down and feel it a little more.” Jenna told Casey that he has an on-stage presence that “fills-up the whole stage. You were in the moment. It was good. I loved it!” Mary said “It’s a little hard not to watch Comfort. But, when you dropped that spider….hitting everything clean and strong.” WATCH his performance and INTERVIEW here!

Casey was announced as being in the bottom four. 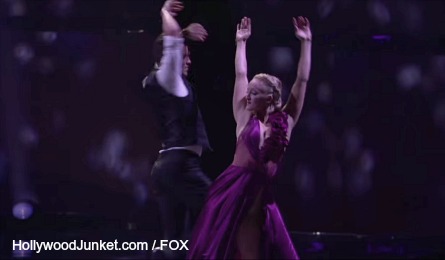 Tanisha’s mentor is her dance teacher Kellie Messerly. Kellie said Tanisha stood-out at the age of ten. Tanisha danced contemporary choreographed by Mandy Moore. Jenna noted how strong Tanisha is. She said her legs and core are the strongest and Tanisha and Nick “moved smoothly together like water.” But, wanted a bit more emotion from her at the end of the dance. Mary said the Michael Jackson song (“She’s Out of My Life”) was one of the best. She called Nick “spectacular” and told Tanisha she stepped up to the plate! Nigel said there aren’t many better dancers than Nick. Nigel told Tanisha that she needs to step-up and show weakness as well as strength. Tanisha reacts to Nigel’s critique in our video interview with her – WATCH here!

Tanisha was announced as being in the bottom four. 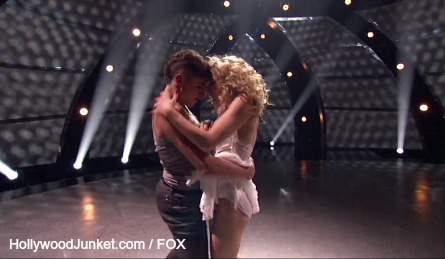 Rudy said his mentor is Tokyo who inspired him. Tokyo said Rudy was not a good dancer in the beginning. “But in the past ten years he has really grown into an incredible dancer,” he said. Rudy’s number with Allison choreographed by Ray Leeper, was one of the most memorable routines of the night about a woman’s (Allison) obsession to get a man (Rudy). Mary said Michael Jackson wrote the song (“Dirty Diana”) about an obsessed fan. “Allison went there and went all in. Rudy, you went all in with her!” Mary happily exclaimed! She also told Rudy that he lifts her up, then got emotional. Nigel said Ray Leeper inspired Rudy to become someone else. He said the only thing that let him down was Rudy’s pirouette. He also said the All-Star elevated Rudy to another level. Jenna thought Rudy was phenomenal and sexy. Nigel added that during rehearsals, Rudy dropped Allison when he had to catch her after a very challenging move requiring him to throw her up straight up into the air, “but tonight, magnificent!” WATCH his performance and INTERVIEW here!

Rudy was announced as being in the bottom four. 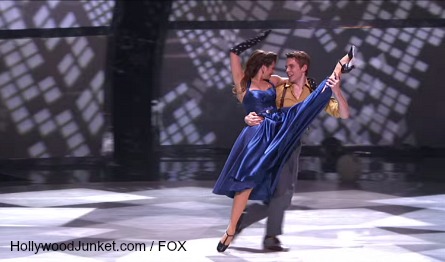 School dance teacher Mark Goodman is Zack’s mentor. Mark said Zack was shy in school except when he tap dances. Zack’s Broadway dance routine was choreographed by Spencer Liff. Nigel commented about his performance, “I would have liked to have seen Zack get down in the thighs a little more. This routine was fun. People forget how tough Broadway is.” Jenna said there was an incredible amount of control and that he’s growing. Mary told Zack that he’s “a real pro.” WATCH his performance and INTERVIEW here!

Zack was announced as “Safe.”  Next week, he’s dancing with All-Star Fik-Shun!

JACQUE & All-Star tWitch Boss
The Ballerina Is Not There! 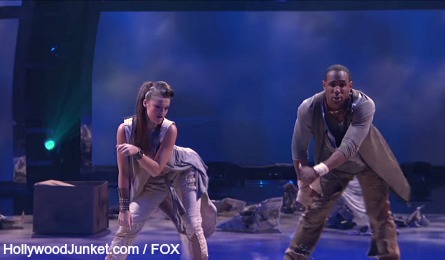 Jacque’s big sister Christina is the one that taught her dance and inspired her follow her dreams. Jacque, who’s a ballet dancer, had to really stretch out of her realm and learn Hip-Hop choreographed by Dave Scott. After the routine was done, all the judges were just thrilled. Jenna said to Jacque “you did it girl! The ballerina was not there and your head rolled. It’s so fun to see that side of you!” Mary told Jacque that this was very difficult Hip-Hop for her, and she just “conquered it!” Mary said it was amazing and told Jacque she “was having a party with it!” The most shocking comment of the night came from Nigel who got carried away and had to be bleeped by the television censors! He said to Jacque “you used parts of your body that I doubt you used before.” Then he said he’d never thought that he’d use this word, but she’s got “swag” and then used the Urban slang “beatch!” but everyone heard something different, and he got bleeped! WATCH Jacque comment on this, in her INTERVIEW here!

Jacque was announced as being in the bottom four.

JESSICA & All-Star Will Wingfield
Having The Passion! 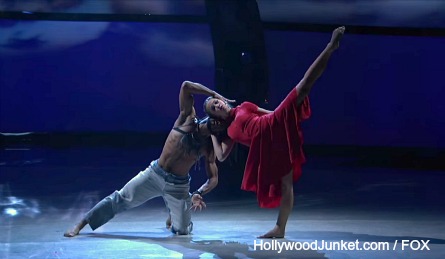 Jessica said she was scared of her mentor when she first met her. But, her mentor Taila, pushed her because she believed in her. She said Choreographers are painters and the dancers are the paint brushes. After Jessica’s contemporary routine, choreographed by Mandy Moore was over, the judges stood-up. Mary said the each week reporters ask her what will will it take for a dancer to win SYTYCD. Mary said it comes down to the alignment of the stars, choreography, and two well-rounded dancers. “That’s what we got tonight!” She continued “it was really the passion you portrayed tonight that took it over the top.” Nigel said it was his favorite song (“Earth Song”), favorite dancer, and favorite All-Star. “Again tonight, I thought you were magnificent.” Jenna told Jessica “you are tremendous. You have the passion. You have the technique. That was my favorite of the night.” WATCH her performance and INTERVIEW here!

The judges were not able to save anyone. The bottom two dancers were entirely dependent on America’s votes. Tanisha and Rudy were told to step forward. Rudy was crying the whole time. Then, they were told that they’d be going home. Rudy thanked his parents, teachers, all of the SYTYCD choreographers, and his fans. Tanisha said “I’d like to thank everyone who has inspired me on my journey.” Everyone was shocked that Tanisha and Rudy were going home.

Rudy and Tanisha were eliminated. 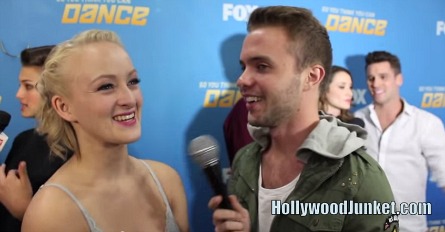 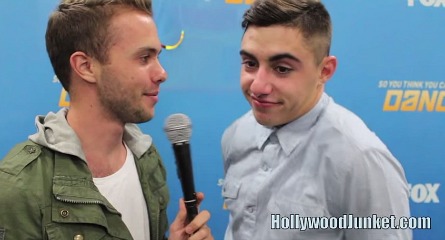