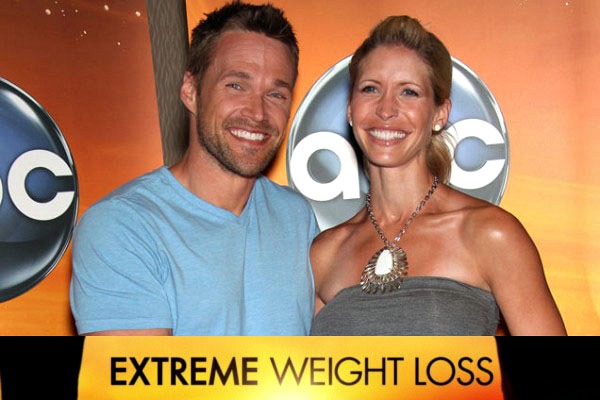 Host and trainer Chris Powell calls it “the most important year in one person’s life,” that is ABC’s weight-loss reality/documentary show “Extreme Weight Loss”. The show extends Chris and his wife Heidi’s help to obese people who are struggling with their weight and ready to commit to lifestyle changes. Each participate begins their 365-day long transformation journey by writing a “help” letter to Powell. From there, Chris and Heidi decide who they’d like to induct into the program. 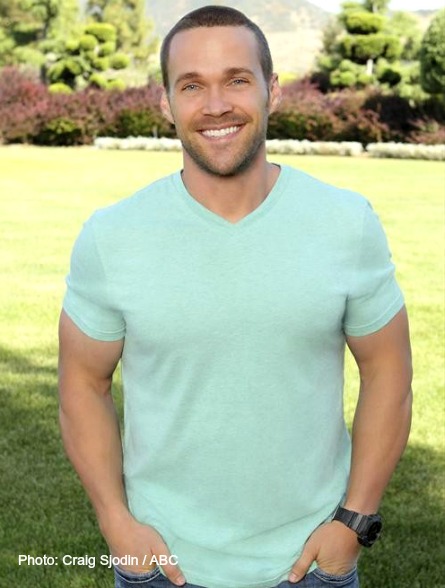 GAME CHANGER:
One major game changer this season is that boot camp is no longer one week in Los Angeles, it’s now three months in Colorado at the University of Colorado’s Anschutz Health and Wellness Center. Also this season, Heidi is pregnant with her fourth child. But, that doesn’t slow her down in the gym and according to Chris, makes her meaner!

The fourth season premiere is Tuesday, May 27 at 8 pm ET/PT on ABC Television Network. During the season premiere opening, Powell stated about the participants who are chosen for Extreme Weight Loss “ordinary people don’t do this, extraordinary people do!” The premiere episode tells the stories of Ty and Charita who are on opposite sides of the spectrum. Ty is a gifted baseball player, and Charita is a mother of three holding-down two jobs.

Each weight-loss challenger must complete four phases of the programs – Phase one is three months of boot camp working with trainers Chris and Heidi; phase two is three months of them training at home; phase three and four are the next six months of their commitment of them meeting their goal set by Chris. At the end of phase four is another weight-in, followed by a final weigh-in at the end of phase four which is their final reveal to their friends and family. In addition to working with Chris and Heidi, each participant spends phase one (the first 90 days) at the renowned University of Colorado’s Anschutz Health and Wellness Center (AHWC) in Aurora, CO. Here, they will get a custom-fit weight-loss program best suited for their goals and lifestyle. 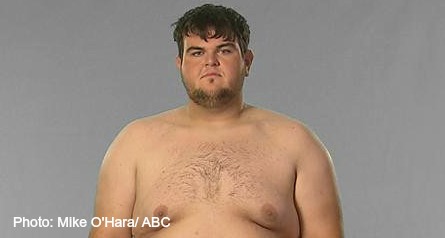 The very first step of each weight-challenged person after being accepted into the program is their very first weigh-in. Powell said revealing their weight in a public format is the first step in opening-up about their problem. Ty who is from Oklahoma City, Oklahoma was surprised by Chris while practicing in a baseball field. Ty’s first weigh-in was 480 lbs. At 19-years-old, Ty shows a very promising athletic future with real potential of competing in the major leagues. He started hitting home runs at the age of four. While still in high school, he hit 20 consecutive home runs in front of tons of scouts and “some of the most important people in baseball,” he said. Ty admits that his bad eating habits came from spending so much time at the baseball field.

Aside from the 20 consecutive home runs, another impressive fact about Ty that was revealed in the show is that he was inducted into the baseball hall of fame at the age 10. Chris and Heidi help participants with emotional scars that have caused their food addiction and food abuse. For Ty, it happened to be that his mother is an alcoholic. His father separated from her when Ty was a child. Ty has the motivation of knowing that two professional organizations are interested in him if he loses the weight. Powell predicted that by the end of Ty’s 365-day weight-loss journey there will not be one major league team that won’t take Ty on.

Ty said that his weight has stopped him from everything that he’s ever wanted to do. Chris’ first challenge for Ty is for him to lose 130 lbs by the end of the first phase, bringing his weight down to 350 lbs. Hoping to inspire Ty, Chris contacted professional baseball player Josh Hamilton to spend some time with Ty training him. The best piece of advice that Josh gave to Ty was that baseball does not define him, and not to make that mistake. It’s just what they do. Josh said the key is to get Ty to love himself, and “to love himself the right way.” The biggest challenge for Ty, however, comes when he is exposed to a major betrayal from someone he trusted. 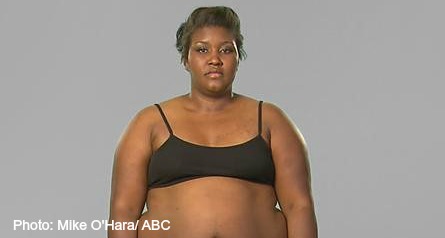 The second weight-loss challenger of the night was Charita who lives in Colorado Springs, Co . She is married with three children and works two jobs. When she gets off work, it’s time for breakfast, but for her, it’s dinner time, then sleep. Her breakfast consists of a Mimosa, Pop Tarts, and a burrito. She’s 32-years-old and 150 pounds overweight. Charita, who is a former cheerleader in high school, loves to dance but hasn’t felt the inspiration since gaining weight and finds it hard keeping-up with her three young sons. She longs for her high school “glory days”, and misses the girl that she used to be.

Charita’s deep dark secret she’s kept for thirteen years will be revealed to her parents in this episode. She said that her past actions when she was young in covering-up this secret was the reason that she started putting-on the weight. Charita doesn’t have mirrors in the house so she doesn’t have to look at herself.

Her acceptance into the program was presented to her while she was spending time in an outdoor mall with her family. Chris made her work for it though by having her dance with the number one dance street team in Denver. She had to learn a dance routine with them and later that day, perform in front of Chris along with a large audience of strangers. At the end of her dance performance, Chris announced that she was officially accepted into Extreme Weight Loss program and presented her with the large scale to do her first weigh-in, in front of everyone. Charita weighted-in at 310 lbs. Chris’ challenge for her was to loose 85 lbs in 90 days. 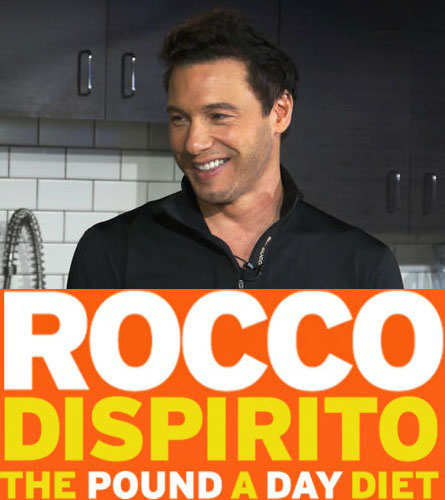 Lucky for Charita, she got to stay in Colorado for the three months of boot camp. However, she still was not allowed to see her family until after phase one was complete. Losing 85 lbs in 90 days is much like losing one pound a day. That’s where celebrity chef Rocco Dispirito entered. He helped Charita cultivate healthy alternative foods to eat that would promote weight-loss and gave her his book “The Pound A Day Diet.” We learned later in the episode that watching her nutrition is the biggest thing for Charita that trips her up every time. Chris told her that by the end of phase two she is expected to lose 40 lbs.

Some inspired motivation for Charita was getting minor cosmetic surgery done on a physical trait that she did not like about herself and having a one-on-one visit with her favorite R&B group T.G.T. (Tyrese, Ginuwine & Tank) in a recording studio. For one Extreme Weight Loss participant the inspirational gestures prove to not be enough and one of them demands to return back home.