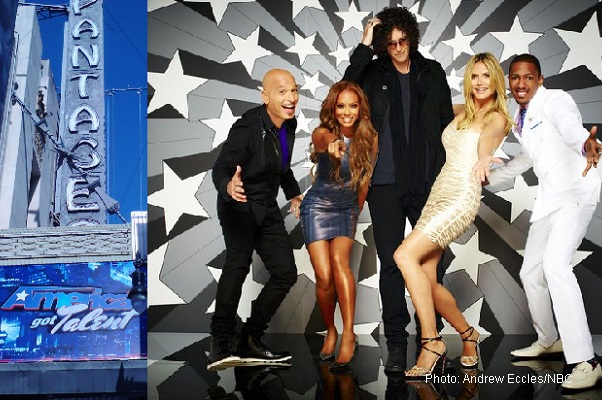 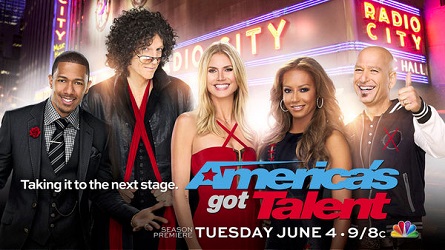 Sharon Osbourne must be flattered. She’s the only celebrity host or judge on a competition show where it takes not one, but two celebrities to fill her shoes, or chair! When NBC”s biggest talent competition show on Earth returns to the airwaves on June 4, there will be four judges instead of the historical three. Heidi Klum and Mel B. were added to the judging panel that already consisted of Howie Mandel and Howard Stern.

Upon entrance into “The Pantages” theater on Hollywood Blvd. in Los Angeles, while going through security oddly enough, cell phones were not being compensated as they had been in all the past years. That’s because “America’s Got Talent” decided to welcome social media this season with open arms – practically begging people to film the judges entrances with their camera phones and Tweet them, YouTube them, etc. However, the second that the show started, production crew yelled at everyone to keep their phones put away from that point on. This didn’t stop the occasional video slips several audience members had while capturing footage of Howard Stern and Heidi Klum being interviewed by media. 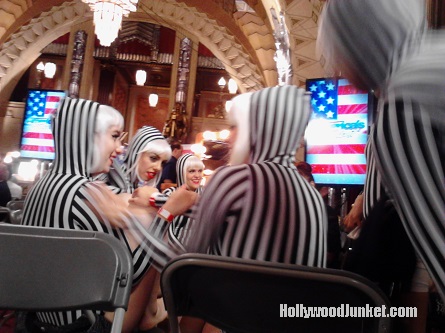 Pictured: Contestants at the L.A. auditions on a “Backstage” day.

During the show’s Los Angeles auditions that were filmed in April this year the audience was told that it was that particular filming day that the show was planning to use for the season premiere of “America’s Got Talent”. Host Nick Cannon appeared on the stage and introduced the four judges as they walked from the back of “The Pantages Theater” down the isle past the audience and then to their seats.

The audience was then asked by the show’s choreographer to participate in a fun crowd maneuver. Everyone in the theater was asked to put their hands in the air and wave them side to side, then drop them, them clap and then free style dance to “break it down.” Audience members had to do this a total of ten or more times.

Another planned scene that viewers will have fun seeing this year is Nick Cannon organized a dance flash mob as part of one of the episodes. We aren’t sure if it will also be part of the premiere episode. We got word of it from a posting that was on the show’s ticket page. 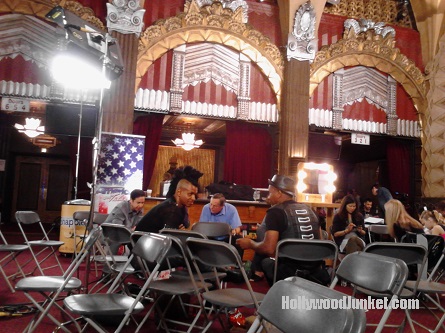 This year, “America’s Got Talent” did something different for fans of the show in Los Angeles and several other cities. They actually allowed three “backstage” days where people could come-by “The Pantages Theater” and observe the producers interview some of the acts in a private room off stage. It appeared that not many people knew about this nor take advantage of it. The contestants that we encountered while we were there said that they were not permitted to talk about their acts. We saw what looked like to be an all-girl dance group dressed like Lady Gaga, a punk-rock contestant, and a couple of groups with pre-teen members who were being interviewed by the producers.

A full sneak-preview of some the Los Angeles auditions here.