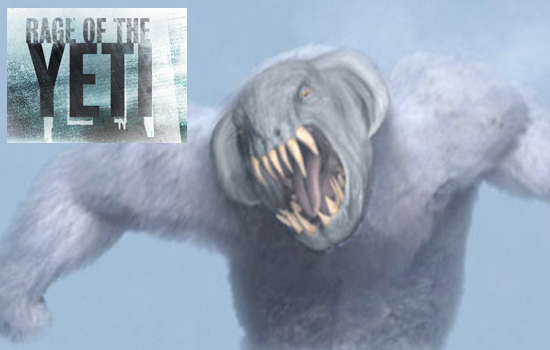 Syfy original movie, “Rage of the Yeti” explores surviving a number of abominable snowmen in the Artic when a team of treasure hunters discover Yeti is not a fictional legend.

“Rage of the Yeti” stars David Chokachi and Yancy Butler and is directed by David Hewlett. Our tech reporter at Hollywood Junket spoke to the director and cast via a phone interview to answer questions about the making of this film.

With Big Foot being a favorite subject of crypto zoologists, research conducted by stars and the movie’s director was first tapped into at Wikipedia said Hewlett.

Hewlett also stated that writers Craig Engler and Brooks did a good job of integrating “some history in with the usual monster stuff. I always like when the monsters are based on sort of historical things rather than just science fiction stuff. I find it much easier to get into when you’re grounded in some time of history.”

As for being called “a geek”, Hewlett commented – “the reality is in films, there isn’t a lot of time to go into the true geeky stuff that I love. We’re getting the other stuff that I love which is all action and effects and there’s running and shooting and being attacked by giant orangutan”.

Butler commented in regards to research on Big Foot, “A lot of the characters are learning as the audience is learning really what the capabilities of these creatures are about. We do mention some of the lore in the script and through our lines but I think more as an actor for me I was concentrating more on what a team leader would do in that situation or how that actually goes down”.

Hewlett describes his favorite scene in the film, “There was a great scene where he sits down and he opens up this book and he reads about these (yeti) and all of the cast sort of gathers around and listens to him. How these things took out like an army of soldiers back in the day. It’s one of my favorite scenes and it was shot because we ran out of time and I only had time to do one shot”.

Hewett described the yeti in this film as being a “horrific snow monkey monster of some type.” There’s been an ongoing theme to Hewlett’s recent films with “Rise of the Planet of the Apes”, “Morlocks”, and now “Rage of the Yeti” the whole mutant monkey thing seems to be agreeing with him quite well. 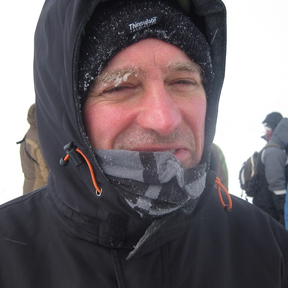 Hewlett directing "Rage of the Yeti".

Engler from Syfy tweeted: Here’s what @dhewlett looked like after a day of directing #RageOfTheYeti. Yes, that’s ice hanging off his eye instagr.am/p/TLGet/

“Rage of the Yeti” will premiere this Saturday, November 12 at 9pm (ET/PT) on Syfy.