FACE OFF: Season 3 Premiere! Star Wars Challenge Tougher For Some! 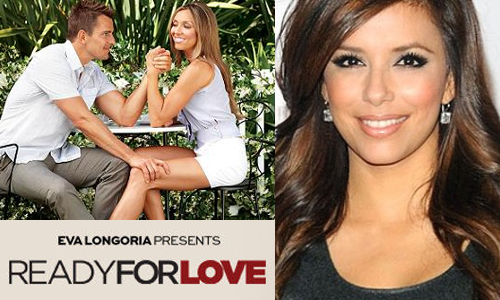 EXCLUSIVE! Set Report!
Actress Eva Longoria’s self produced matchmaking dating show “Ready For Love” has finished filming last week and will air in the winter of 2012-2013 on NBC.

One attending audience member whom observed several days of filming described “Ready For Love” as a cross between “The Bachelor” and “Singled Out”. The bachelors – there are three, get to pick from a pool of 29 women on stage. They are: Ben Patton, and international financier from Dallas; Ernesto Arguello, an entrepreneur with a social vision for Miami; and Tim Lopez, a member of music group Plain White T’s from Santa Barbara, Ca. 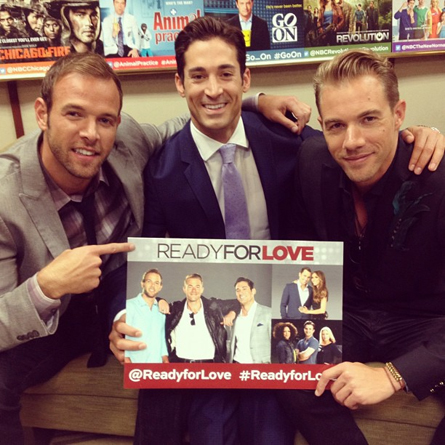 During a set visit to the taping of one show, the audience which is predominately female, had already become fans of these bachelors and had personal favorites as they called out their names. One woman held up a sign that read, “Marry Me Ben”. But, picking out a soul mate is not that easy. These guys need real help. That’s exactly what “Ready For Love” provides them with in three advice and love coaches – Matthew Hussy who is a professional dating coach, Amber Kelleher-Andrews a matchmaker, and Tracy McMillian a relationship author. 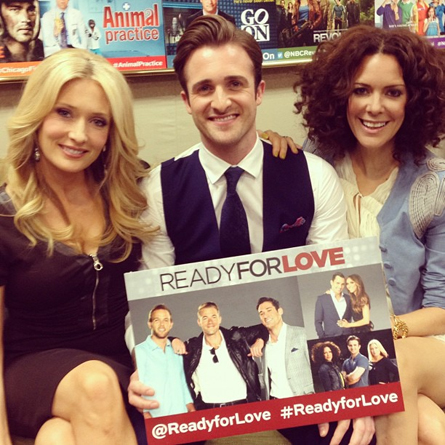 Upon entering the set, a huge monitor played-back footage from each of the mens’ various dates with the different women from the pool of twenty-nine. One woman asked Ben to name his ten most favorite things. Luckily, the love coaches are not only there to help the bachelors, but also the women who are dating them. Hussy provides a real man perspective and told the young woman that she put Ben on the spot by quizzing him and that of course he wanted to say “sex” as one of his most favorite things, but didn’t because that wouldn’t be gentlemanly.

Another piece of valuable advice Hussy gave to a female dater on the show whom likes to point-out her flaws to men is that she is a “dude”. If a woman acts too comfortable around a guy, then he just starts thinking of her as one of the guys, killing any potential chance for romance. Her biggest flaw was that she said she had “man hands”. No guy wants to get romantic with that vision in his head Hussy pointed-out.

Kelleher-Andrews advised a woman who is divorced that it was time to open-up and tell her bachelor, Ernesto about it. During this episode which seemed about mid-season, Ernesto has some serious chemistry with one of the women and some promising relationship prospect with another woman.

Tim had a stress-free and laid-back date by taking his group of women for a trip on his band’s tour bus. One of the woman said she could most certainly see herself fitting into his tour lifestyle. He sang a song on the bus that he wrote after divorcing his wife. He said it was part of his healing process. Talk about a mood killer!

Some serious drama escalated with one girl in Ben’s pool who was a previous girl friend. The other women accused her of constantly stirring the pot and trying to get special treatment from Ben. Two of the women, the former girl friend being one of them had an all-out scream fest which almost got physical. McMillian dug deep at the woman who lost it first to find out what her underlying issues were. One of the coaches advised Ben- you don’t want a woman that acts like that to be the mother of your children.

At the end of each episode, the coaches pick the women whom they think the bachelors should continue dating. Two women in each pool are selected for the bachelors to consider dumping. Or- sending one of the two home. Each bachelor and both women exit the stage via separate elevators which take them down beneath the stage to a garden area. This is where the bachelors talk to the women and decide which one of the two will stay. The remaining woman and bachelor both return back up to the stage in separate elevators. 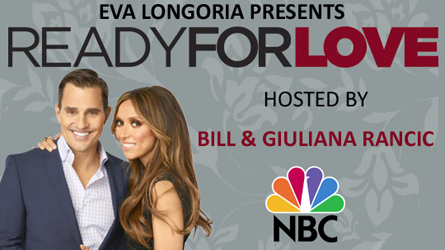 Executive Producer, Eva Longoria came out onto the stage for a brief moment and talked to show hosts and real-life married couple Giuliana and Bill Rancic (Giuliana and Bill). Longoria was wearing a maxi dress with flats, while Giuliana wore a silver sparkly dress with very high heels that showed-off her perfectly shaped legs. One woman in the audience called-out to Giuliana complimenting her legs. The couple was not afraid of showing PDA and were affectionate towards each other on-stage. Bill would frequently grab his wife’s rear-end.

During a separate show day, an audience member stated that it seemed that relationship coaches Hussy and McMillian might be seeing each other, or in their exact words, “hooking-up”. Another audience rumor is that there was an abundance of alcohol on the set! Ahh..so that’s how reality shows get good TV! 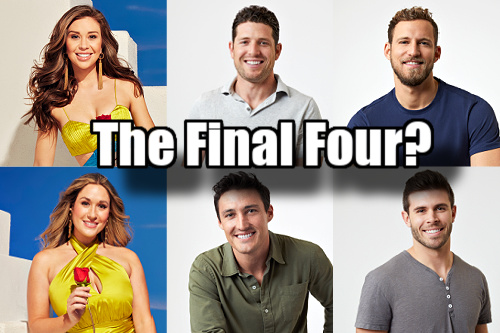