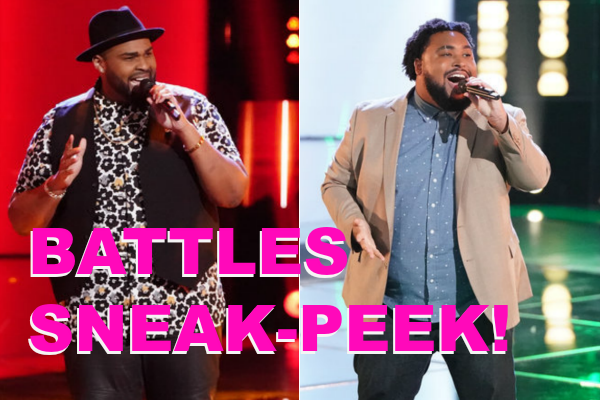 “The Voice” coaches with twevle artists each on their teams go into the Battle rounds where only the strongest artists survive thier Battles, or get stolen by another coach. Nerves got to some artists while other artists showed it was their time to shine. Newest coach John Legend was still reeling from all the Blocks he survived during the Blind Auditions round.

Trey is 26-years-old from Oklahoma. John Legend was Blocked from Domenic by Adam in the Blinds. The coaches agreed that Trey and Domenic’s Battle was an “even” performance. Trey tripped during the performance and Kelly said Trey almost threw himself off the stage. 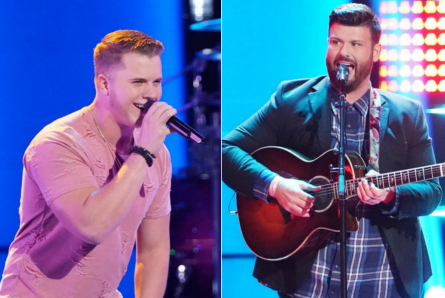 John Legend said there’s something about Gyth and he’s a great performer. Gyth is comfortable on stage.
SPOILER ALERT!!
STEAL: Adam stole Rod. He liked Rod’s Blind Audition and he did great during the Battles. Adam implied that he thought the Battles song was the wrong song for Rod.

Rizzi is 25-years-old from Kansas City, and Presley is 16-years-old. John Legend said “outstanding performance.” He went with Presley. Adam went with Rizzi because “she’s ready right now.” Kelly could not decide. She agreed with Blake in that she went with the one that could be thrown anything during the Live Shows.
SPOILER ALERT!!
That was Presley who is 16-years-old. 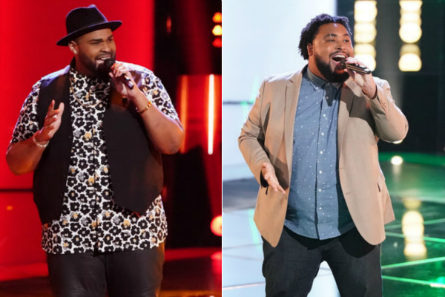 Kelly and Adam both were smitten with Matt’s happiness he exuded on stage. John chose Shawn for his incredible range.

STEAL: Matthew got both Kelly and Adam wanting to steal him.

Hannah Kay is 18-years-old. Nerves got to Hannah Kay in a big way. Kelly said they were given a Shay song which is out of their comfort zone.. Blake said it tests them and it’s his chance to see who’s ready for this.

Celia was wearing a long glittery pink robe-like coat. Blake said the two singers couldn’t be more different. Blake was the first coach to mention that Ceila’s style really reminded him of Florence and the Machine. Kelly also agreed and along with Blake, they both told her that she should come into her own. Blake intially reacted to her as “holy crappiness.”